Company
Musical in two Acts, lyrics and music by Stephen Sondheim, with a book by George Furth 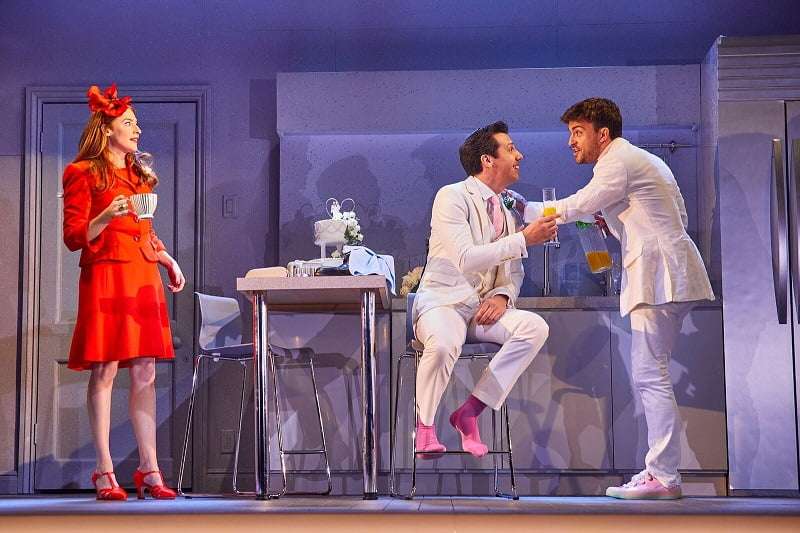 On hearing that Bobby [Robert], the main character in Stephen Sondheim’s Company was going to be called Bobbie [Roberta?] and played by an actress, my immediate thought was why? Then a feeling that it will never work came over me and I waited with trepidation to see what sort of hash they would make of it. In the event it’s fine and doesn’t seem to have made a ha’porth of difference to the show, because it works perfectly. In fact (dare one say it?) it is perhaps better than the original idea of a thirty-five-year-old man reaching his midlife birthday with a midlife crisis wondering why he isn’t married.

It has been pointed out before that maybe the reason Bobby was still single was because he was gay. This was disputed by the authors of the piece. Oddly enough, making Bobbie a female role doesn’t raise that idea at all. She, Bobbie, having had various boyfriends along the way, just hasn’t met the right one yet. And judging by those she has been with, she’s a very bad chooser of men. 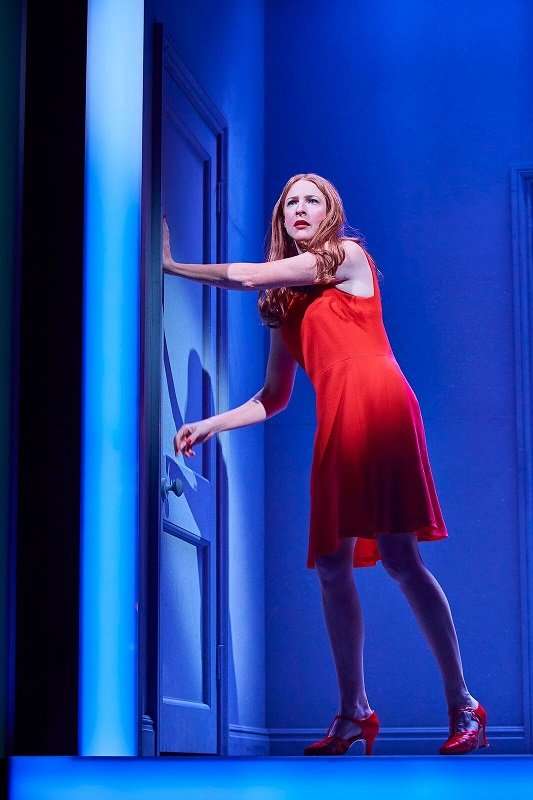 Arriving at the age of thirty-five is probably more of a traumatic experience for a woman than it is for a man. Her body clock is ticking away, counting down the time she has left in which to conceive a child. So, Bobbie is furious when all those “good and crazy people, my married friends” put on a surprise birthday party for her. On the surface they are supposedly happily married but their relationships are gradually fraying at the edges, even though they try to persuade Bobbie to settle down. After all, why should she be the only one who’s not tied to a spouse?

One by one or two by two, or, as the song has it ‘Side by side by side’, they depict their home lives. In ‘The little things you do together’, Joanne (a wickedly acidic but hilarious Patti LuPone) explains what it’s like to be married – “It’s sharing little winks together / Drinks together / Kinks together / That makes marriage a joy.” In the original production a trio of women sang ‘You could drive a person crazy’, but here there’s another gender swap, with Andy, PJ and Theo who used to be April, Marta and Kathy. April, a stewardess, was originally en route for Barcelona (cue for song) but is now Andy, a flight attendant, heading for Spain in a winning performance by Richard Fleeshman.

Amy is now called Jamie and in ‘Getting married today’ he is trying to get out of having a gay wedding to his fiancé Paul. It’s a superb number and Jonathan Bailey brings the house down in his show-stopping rendition. The same can be said for LuPone as Joanne who, in Act Two, gets roaring applause for ‘The ladies who lunch’ – “Another long exhausting day/ Another thousand dollars / A matinee, a Pinter play / Perhaps a piece of Mahler’s / I’ll drink to that”, knocking back another vodka stinger. It’s a great maudlin torch song and she does it perfectly.

The cast work well together, making the comedy ring true. Mel Giedroyc as Sarah is on a diet but addicted to cakes while hubby Harry (Gavin Spokes) is on the wagon but sneaking shots of bourbon. But it is Rosalie Craig as Bobbie who holds everything together, especially in her rendition of ‘Marry me a little’ and later of ‘Being alive’. She will have you in tears and cheers. 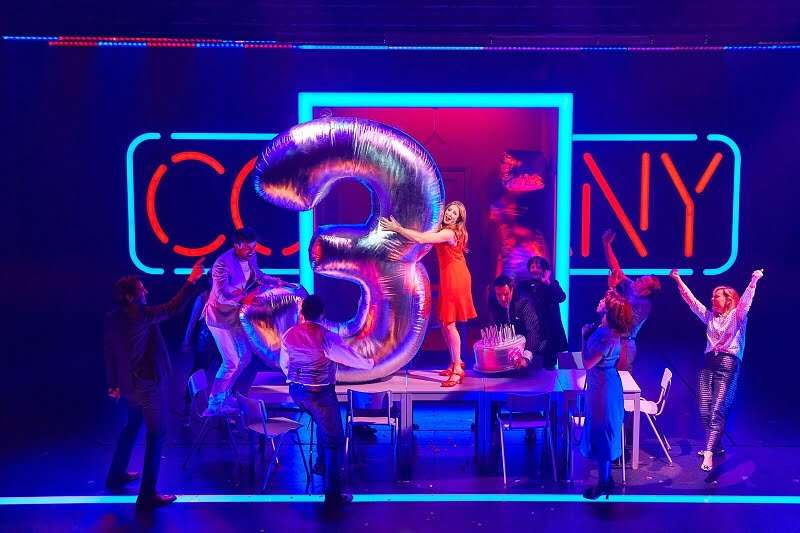 Company is a show about loneliness. In the first volume of his collected lyrics Sondheim quotes Anton Chekhov as saying “If you’re afraid of loneliness, don’t marry.” He admits that had he read that before embarking on Company, he might not have written it. We must be glad he did, because Company is truly more fun than Chekhov.

Marianne Elliott’s staging is stunning, the designs by Bunny Christie are just brilliant, incorporating a series of boxes that glide on and off, to and fro. The orchestra plays Sondheim’s score with enormous brio under Joel Fram in the arrangements by David Cullen, and Liam Steel’s choreography keeps everything on the move without any conventional dancing. I cannot imagine this production not transferring to New York. Look out Broadway: here comes Company!