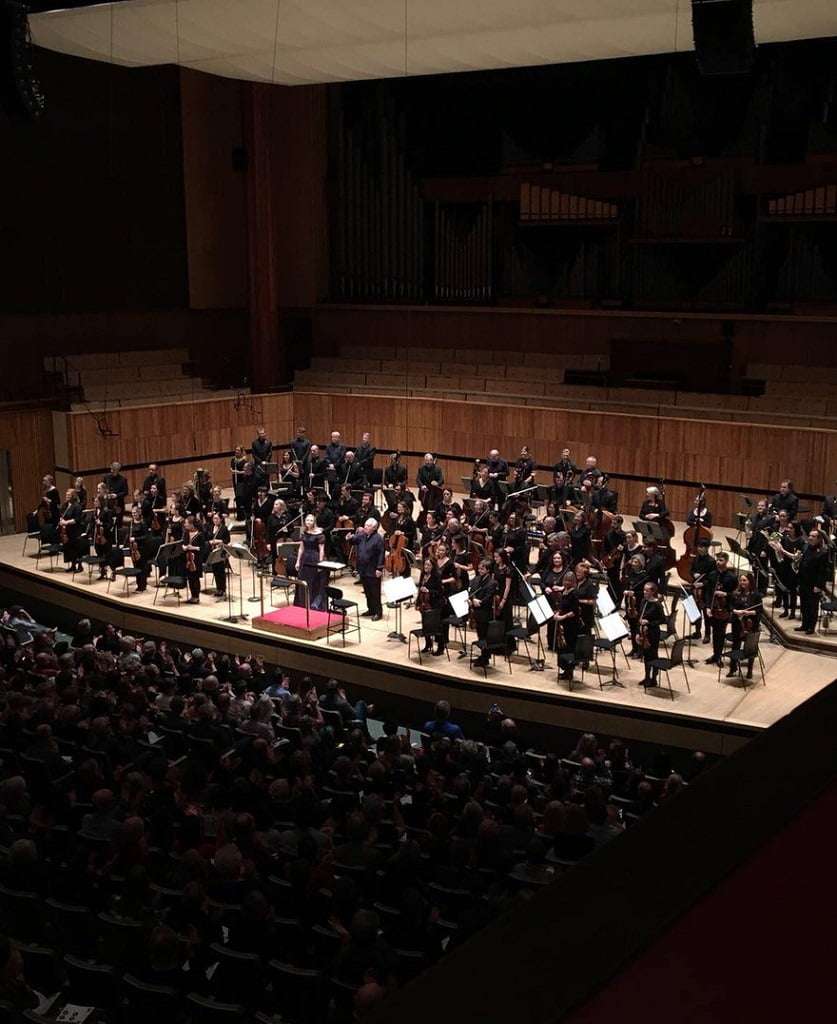 Prefaced by the briefest of brief fanfares, Penderecki’s new Fanfare – premièred across the World today as the part of a lavish Polish-sponsored celebration of the centenary of Polish Independence (which coincides with the Armistice), and a speech by the Polish Ambassador to the UK, Arkady Rzegocki, this midday-starting concert focussed on a work that also aptly encapsulates the mood for the commemoration of the centenary of the Armistice, Górecki’s aching symphonic lament, his Symphony of Sorrowful Songs.

The London Sinfonietta’s 1992 recording with Dawn Upshaw and David Zinman thrust the work from 1976 into the limelight and the ensemble has kept faith with it over the years. Unusual in this performance was familial close ties, David Atherton’s daughter Elizabeth gave voice to the three time-diffused mothers that Górecki’s texts reference.

The first movement is by far the longest – a slow traversal of a musical arch, building from the double basses, through the cellos, then divisi violas and antiphonal divisi second and first violins. Górecki’s pace may be glacial, but the music is ever-moving, swelling and receding, and filling the hall with its sepulchral mournful lament. The short central section sets fifteenth-century words of a mother’s plaintive of an absent son, with Elizabeth Atherton growing in confidence in those few minutes. From then the wind instruments fall silent again and the string lament reverses its track.

The second movement brings us closer to home – Atherton singing just four lines of a prayer scratched into the wall of a Gestapo cell in its Polish headquarters in Zadopane, the work of the eighteen-year-old Helena Wanda Blazusiakówna imprisoned on 26 September 1944. The text urges her mother not to weep.

Most pertinent for the Armistice is the text for the Finale: a Silesian folksong about a lost son and his mother’s heartache and prayers for him, dating probably from around the end of the Great War, when Silesian Poles rose up against German rule. Any glimpse of hope – as at the end of the song, which wishes flowers to surround the son’s grave – is dashed when Górecki repeats earlier lines, “Tell me why, why did you kill my son?”.

Górecki’s poignant Symphony of Sorrowful Songs uses basic musical building blocks to set harrowing lyrics. But he never hides the horror; rather he supports it with an aural balm that allows you to empathise totally with the situations that are the basis of the texts. Elizabeth Atherton continued to grow in stature, supported unfussily by her father – although he rather exaggerated the beating of a silent final bar at the very end (presumably to dampen any too-eager acclamation).

My enjoyment would have been even more fulsome, but just over the aisle from me, a lady – old enough to know better – persisted in using her mobile phone during the first movement (including videoing it), and would have continued to do so had I not remonstrated with her.