A long and winding road

Reviewed: 19 May, 2009
Venue: Pizza on the Park, Knightsbridge, London 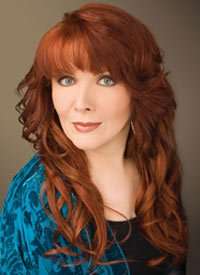 In her cabaret performance at Pizza on the Park, Maureen McGovern admits to having been a singer since the age of three; she started repeating songs she heard on the radio. There was already some music in the family: her father ran a barbershop quartet that used to rehearse at home (Youngstown, Ohio). At age eight she wanted to turn professional and became familiar with many different styles of popular music such as jazz and folk- and show-tunes. Maureen McGovern counts Barbra Streisand and Dionne Warwick among her influences. After graduation she worked as a secretary while also performing with a local folk-band. She was heard by a producer which led to her recording ‘The morning after’, the theme song from the film “The Poseidon Adventure”. The song won an Academy Award for Best Original Song and McGovern’s record became a ‘number one’ hit in 1973. From then on she was known as the ‘disaster theme queen’, recording songs for the films “The Towering Inferno” and “Gold”.

When her contract was terminated she went back to secretarial work under an assumed name, but she was also occasionally booked for concerts. Matters improved when she was asked to record ‘Can you read my mind?’, the theme song from the film “Superman”. She ended the 1970s with another moderately successful single and an appearance in the spoof-disaster movie “Airplane!”. The 1980s saw her concentrating on stage work, in “The Pirates of Penzance”, “The Sound of Music” and “South Pacific”. Later on she appeared as Marmee in a musical version of “Little Women”, which flopped on Broadway but made a successful tour. Gradually returning to concerts and to cabaret performance, McGovern also recorded a number of albums, sang and recorded a Gershwin evening at Carnegie Hall and produced a number of other albums including songs by Harold Arlen, Cole Porter, Alan & Marilyn Bergman and a collection of her favourite songs. Her latest, “A long and winding road” (PS Classics PS-861), pays tribute to the singer-songwriters of the 1960s and 1970s.

This is mostly what she is also performing in her London season at Pizza on the Park. She admits that it is not the regular Great American Songbook material as we know it – no Arlen or Porter or Gershwin, for example. We are talking Bob Dylan, Paul Simon, Joni Mitchell, Carole King, James Taylor, Jimmy Webb, Randy Newman, Laura Nyro and the completely non-American Lennon & McCartney. They were all of their time and a different time it was then, a time for poets, folksingers, rockers and the girl groups. It may be a truism but whenever you hear Dylan’s ‘The times they are a-changin’’, the sentiments exhibited in the ballads and protest songs of those days become all too real. With Dylan and the songs of Joni Mitchell or James Taylor, these artists were looking at the world in an effort to try and understand it. McGovern captures perfectly the mood of the times and puts across the pain and the pleasure of living through such eras of upheaval.

Maureen McGovern has a beautifully big, clear voice that can be all-powerful or quietly modulated for the gentler material. With her exceptionally skilled pianist Jeff Harris the singer does the most affecting versions of Paul Simon’s ‘America’, Joni Mitchell’s ‘The circle game’, Jimmy Webb’s ‘The moon’s a harsh mistress’, James Taylor’s ‘Fire and rain’, the Carole King/Gerry Goffin tearjerker ‘Will you still love me tomorrow?’ and in particular some Beatles numbers. She brings out the poetry of Lennon’s lyrics in ‘Let it be’ and ‘The long and winding road’ but also demonstrates the great good humour in ‘Rocky Racoon’, and Lennon’s sheer simplicity of thought and sincerity in ‘Imagine’.

The only other humour in a somewhat serious evening is Tom Lehrer’s hilarious and rather dubious ‘Vatican rag’ (“genuflect, genuflect, genuflect”), a reminder of McGovern’s own strict Catholic upbringing, and a medley of songs that rely on incongruous sounds such as The Crystals’ ‘Da doo ron ron’ for their impact. Perhaps the whole period is summed-up and sent-up in McGovern’s eyes in Paul Simon’s ‘Feelin’ groovy’, a state of mind that barely exists today. There’s food for thought in Maureen McGovern’s admirable set of songs, impeccably performed with immense feeling and not a little joy. Her love of the material shines through, giving it an extra dimension of glorious quality.