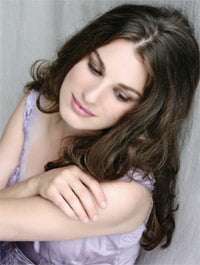 The Chamber Music Society of Lincoln Center offered an interesting variety of chamber works by Maurice Ravel, beginning with a sumptuous performance of Introduction and Allegro “for harp with accompaniment by string quartet, flute and clarinet”, the other six instruments contributing colourful solo passages. Although Ravel’s fame as a consummate orchestrator arose primarily based on his scores for orchestra, this work demonstrates his remarkable ability to evoke robust and fascinating sonorities even from an ensemble.

The brief Introduction’s languorous mood was established beautifully in the first two measures by Ransom Wilson’s flute and David Shifrin’s clarinet, to which the strings responded with a complementary phrase. These roles were soon reversed, as a lush repetition of the opening motif by Beth Guterman’s viola and Jakob Koranyi’s cello was similarly answered by the winds and Yura Lee’s violin. After Bridget Kibbey introduced the harp with arpeggios, scales and a rising glissando, a melodious cello solo was accompanied by arpeggios on the first violin as second violinist Arnaud Sussmann played pizzicato figures and double-tongued flute and clarinet arpeggios created an airy effect – one of the many extraordinary sounds with which this work abounds.

The ensuing Allegro began with an extended harp solo, in which Kibbey provided both ornamentation and harmonisation of the principal theme. Her playing was both virtuosic and idiomatic, especially in the challenging cadenza. The playing was superb throughout, with highlights including a tender passage on muted strings and exchanges of thematic material between flute and clarinet. An accelerando brought the work to a dramatic exclamation mark at the finish. 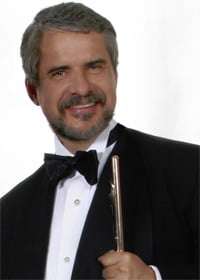 Mezzo-soprano Sasha Cooke, accompanied by pianist Ken Noda, was in fine voice in Ravel’s song-cycle, “Shéhérazade”. In ‘Asie’ (Asia), Cooke painted a picture of fascinating Oriental ports of call as Noda excellently set an appropriate mood, although the exoticism of Ravel’s orchestration was sorely missed here. Wilson’s gentle tones on the eponymous instrument of ‘La flûte enchantée’ (The Enchanted Flute), along with Noda’s delicate touch on the piano, provided an ideal accompaniment to Cooke’s expressive and romantic vocal line. She was at her best, however, in ‘L’indifférent’ (The indifferent one), singing the introspective poem’s crucial lines unaccompanied. The simplicity of the piano accompaniment worked well here, with Noda ending the song, as he had in both of the previous ones, with a gentle postlude.

The first half of the programme concluded with the Sonata for Violin and Cello, a rarely heard but fascinating composition that had its origin as a shorter piece written by Ravel as a memorial to Claude Debussy. The sonata is a tour de force in which Ravel manages to produce melody, harmony and counterpoint of astounding variety with the barest minimum of instrumentation. More than most of Ravel’s compositions, the sonata’s pervasive dissonance reflects the influence of such contemporaries as Schoenberg and Stravinsky. Lee and Koranyi gave a stirring performance of this challenging work, brilliantly exploring its wide range of styles, moods and sonorities in a virtually complete traversal of instrumental techniques for both instruments.

After the interval, Cooke and Noda returned to perform “Cinq mélodies populaires grecques”, taking a generally exuberant approach to these rather simple settings of Greek folksongs. ‘Chanson de la mariée’ (Song of the Bride) expressed the joyfulness of a wedding day, and ‘Là-bas, vers l’église’ (There, Near the Church) set an appropriately reverential tone. Cooke sang ‘Quel galant m’est comparable’ (What Gallant Can Compare to Me) with considerable swagger, matched by Noda, gave ‘Chansons des cueilleuses de lentisques’ (Song of the Girls Picking Lentils) a delicate but ardent rendition, and brought a festive spirit to ‘Tout gai!’ (All Are Merry).

The concert concluded as pianist Gilles Vonsattel and cellist Gary Hoffman joined Sussmann on violin for a gripping performance of the finely crafted and emotionally powerful Piano Trio. Their playing seemed to reflect the composer’s anxiety over the outbreak of World War One as the opening movement’s simple principal theme underwent extensive development and ultimately faded away with string harmonics lingering above the ppp piano line.

In the central trio section of the jaunty scherzo, titled ‘Pantoum’ (after a Malaysian poetic form), the performers were well up to the challenge of playing conflicting rhythms, with the piano having three bars to the strings’ eight and then vice versa, before finally joining together to end in the triple metre with which they had begun. The passacaglia was achingly contemplative and emotionally wrenching as each of the instruments, individually and in combination, offered variations on the repeated ground. The finale was in turn effervescent, bombastic, mysterious and ultimately glorious.