This first of two programs in The Cleveland Orchestra’s annual Miami residency was devoted to the music of Sergei Prokofiev – his Second Symphony and the final two Acts from his Romeo and Juliet ballet. With the orchestra in top form, music director Franz Welser-Möst plumbed the Symphony’s emotional extremes and brought out the narrative qualities in the composer’s portrayal of the Shakespearean drama. 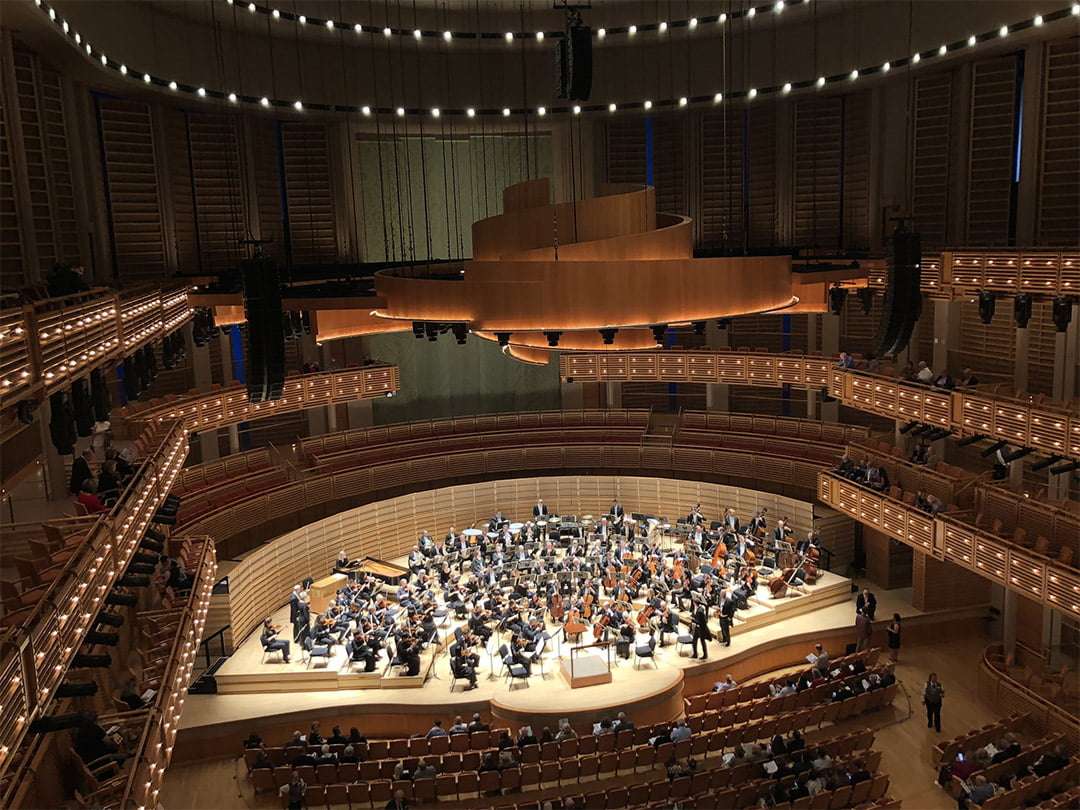 Unlike Prokofiev’s rather gentle and orderly ‘Classical’ Symphony, apparently uninfluenced by World War I during which it was written, its successor, composed some seven years later, is filled with violent and chaotic sounds that depict both that conflagration and the growing impact of machines on transportation, manufacturing and other aspects of everyday life. In the opening movement, Welser-Möst enabled melodies to emerge clearly even as the orchestra relentlessly pounded out explosive sounds at maximum volume, interrupted by only a few moments of serenity. Moods were more varied in the second movement, structured as a Theme and Variations which, as Welser-Möst observed in brief introductory remarks, invites the listener to contemplate the contrast between war and peace. Jeffrey Rathbun’s graceful oboe theme was followed by six Variations, in the first four of which the strings, finally freed from overpowering brass and percussion, showed off brilliantly with swirling figures, bouncing bows, and gentle melodic lines. There were fine solos from woodwind principals as well as trumpeter Michael Sachs before the return, in the last two Variations, of the earlier chaotic and dissonant atmosphere. The reprise of the oboe theme left us with the hope of a peaceful future.

Orchestral performances of Prokofiev’s Romeo and Juliet are usually drawn from one or more of the three Suites compiled by the composer, or may consist of a conductor’s own choice of excerpts from the score, typically selected to narrate its story. Welser-Möst’s decision to perform Acts Three and Four of the Romeo and Juliet ballet score in their entirety thus is quite unusual. By picking up the story only after the death of Tybalt, music associated with the feuding families and the principal characters in the ensuing scenes is heard without the benefit of prominent expository sections that occur earlier in the score. Welser-Möst nevertheless got the narrative flowing with highlights including: Joshua Smith’s flute and Steven Banks’s tenor saxophone representing Juliet and Romeo respectively; a lovely viola solo by Wesley Collins marking the lovers’ parting; and the depiction of Friar Laurence’s potion by a trio of low instruments – bass clarinet, contrabassoon and tuba – foreshadowing deadly consequences. A delightful scene representing the preparations for Juliet’s wedding to Paris featured Peter Otto’s virtuosic violin solos, accompanied by a small ensemble of mandolins, piccolo, clarinet, cornet, trumpets and triangle, with the rest of the orchestra remaining silent. The motifs of the “star-cross’d” lovers, the Capulet family and the Friar’s potion are heard in the remaining scenes, leading to the tragedy’s somber, quiet ending.