Arrangements of eighteenth-century music were often a significant factor in bringing the attention of audiences to works unfamiliar at the time but which are central to today’s orchestral repertoire. 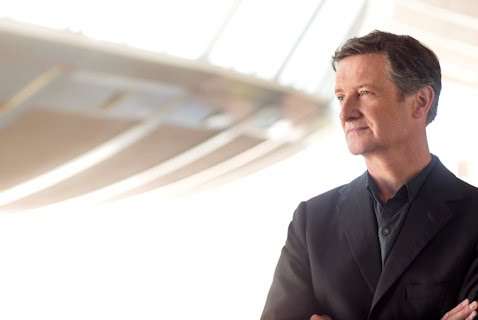 Famous examples are reconstructions for a few instruments of Haydn’s Twelve London Symphonies, made by Johann Peter Salomon – Haydn’s impresario and leader of the orchestra at these works’ premieres. The particular value of these is that Salomon, with his first-hand knowledge of the music, from his phrase- and bowing-marks gives an indication of the style in which the fully-scored Symphonies may have been performed.

Salomon’s Quintet version of Haydn’s final Symphony was published three years after its first performance. The essence of the music is presented by flute, three strings and a fortepiano that functions mainly as continuo. Spread chords sometimes added colourful weight to powerful moments but the main advantage of the keyboard was to emphasise the downbeats as the music was moved firmly forward in a lively interpretation. Use was made of flute to expound many of the melodies but in tutti passages the texture was also enriched by the use of this instrument in the viola range. Harry Bicket had positive ideas about tempo but unfortunately they did not work in the Minuet, given a hurried speed with smoothed-out rhythm and a sleepy Trio, paying no attention to its dance origins. On the other hand, the fierce rapidity of the Finale was very convincing – maybe it would not have worked using an orchestra but here it engendered great excitement.

In 1790 Mozart was commissioned to write for Flötenuhr (mechanical clock) – which became K594 – by Joseph Count Deym von Střítež, a colourful figure who used the alias Müller because when on military service he had killed an opponent in a duel, whereas K608 was probably used in 1791 at the opening of Müller’s gallery which featured mechanical instruments. Bicket’s transcriptions of these two compositions are very convincing. Laid out like a miniature orchestra, left to right – two violins, two horns, flute, oboe, bassoon, lower strings and directed from the fortepiano – the sound is as eighteenth-century as could be. K594 is in three sections: slow-fast-slow, the central Allegro being a full-scale sonata movement. The calmer K 608 has the pattern Fugue-Andante-Fugue-Coda. Despite a beautiful central section it does not grip the attention as effectively as the companion piece until it reaches the lively coda.

Pawel Wranitzky’s arrangement of Haydn’s Opus 71/2 is a skilled piece of musicianship – the instruments are the same as those employed for the Mozart and are used in a masterly way. The performance was immaculate but I did not understand why the layout had been changed with all the strings to the left, the woodwinds to the right and the horns at the edge of the platform with bells pointing rearward at the oboist. Naturally, first-violin often presented the melodies but this was not always so with subtle use of flute sometimes substituted. Double bass and bassoon represented part of the continuo group along with the fortepiano. A brief Adagio leads to a songful Allegro in which both parts were repeated; given the enhanced instrumentation it seemed almost as if we were experiencing an early Haydn Symphony. The use of strings to play the introductory two-part theme of the Adagio cantabile made the continuation with expanded instrumentation very effective. This time the Minuet was admirable, being firmly paced and swinging into the Trio strongly. The tuneful Allegretto of the Finale sounded comforting in its expanded form and the extra forces made the sudden appearance of the long Vivace coda all the more striking. This is the second of the Haydn Quartets that Wranitzky scored around 1800, describing them as Divertimenti. It would be interesting to hear the others.