It says something for the reputation of John Wilson and his Orchestra that this joyful appendage to this year’s Grange Festival could sell like hot cakes without punters having much idea what they would hear. The Grange website gave nothing away. Might the players be offering a sneak preview of their forthcoming Proms appearances? Given that their conductor and onlie begetter is part way through a Glyndebourne stint, something plucked mainly from the back catalogue was perhaps always more likely.

In the event the band, just over sixty strong on this occasion, offered what was essentially a reprise of the Gershwin evening which toured in late 2015. It was fascinating to hear this in a smaller, drier acoustic, more closely approximating to that to be found on some of the JWO’s commercial recordings. It certainly facilitated a more realistic balance than can be achieved in the Royal Albert Hall. 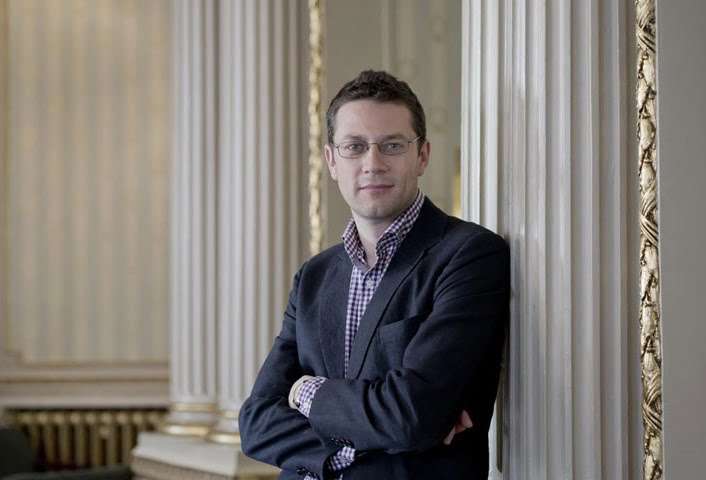 There was no chorus, just two miked-up vocal soloists, Matt Ford and Louise Dearman. The former produced his best Gene Kelly-ish sound with security and a modicum of charisma but Dearman rather stole the show, in part a consequence of the distinctive material allocated to her. The version of ‘Someone to watch over me’ chosen for the first of two encores made a particular impact amid all that unrelenting pizzazz. It was, I think, the most recent of the arrangements (all painstakingly authentic movie music recreations as we were assured from the podium), having been sung by Julie Andrews in the 1968 Gertrude Lawrence biopic, Star! As scored by Lennie Hayton, it opens unaccompanied and Dearman, minus the rag-doll prop, nailed it flawlessly. So did her accompanists. We ended with the minstrel-style song and dance number ‘Clap Yo’ Hands’, featuring both singers in what was presumably its later, ideologically sounder Funny Face incarnation.

Along the way there were the expected pops but at least two comparative rarities in ‘Aren’t You Kinda Glad We Did?’ and ‘For You, For Me, For Evermore’ from the posthumously assembled score for the movie, The Shocking Miss Pilgrim (1947) starring Betty Grable and Dick Haymes. The JWO also briefly incarnated the Artie Shaw band with Mark Crooks stepping up to front an up-tempo version of ‘Lady, Be Good’ (arranger uncredited in the otherwise copiously annotated programme book).

The show began with the Overture prepared by MGM’s Ray Heindorf for the film Rhapsody in Blue (1945), itself unheard live until Wilson transcribed it. It makes a great opener, with so many well-known Gershwin songs incorporated alongside some elements of Rhapsody in Blue the concert piece as we know it.

Critical comment feels superfluous. Presentation was slick and professional with no slack pauses between items and Wilson’s no-nonsense explanations as dapper, economical and straightforward as his direction. Tempos were comparably taut with no concession to false sentimentality, the glorious deep-pile vibrato of the strings and the insistent emotive heft of the wind solos being very much part of the style, never an add-on.

Only two mishaps on the night. The conductor’s score for ‘The Man I Love’ was nowhere to be found so Wilson directed from memory when not peering over the leader’s part to read it upside down At some point too, a tiny portion of the shabby-chic interior into which the modern theatre is wedged was seen to descend on to the stage.

The show was rapturously received by a packed house, festival director Michael Chance offering his thanks at the close and prompting a standing ovation. And why not? In this repertoire at least Wilson has no peer. Visiting the isolated, shore-up ruin that is The Grange remains an experience in itself and an unpredictable one. Duncan MacAskill’s two-dimensional sculptures are now sprinkled more liberally in the surrounding meadows, further softening the austere profile of a unique institution by creating what he calls “shadows in the landscape”. There are few (too few?) shadows in Gershwin’s world – or at least in that part of it presented here.