Mozart
Idomeneo, K366 – Dramma per Musica in three Acts to a libretto by Giovanni Battista Varesco after Antoine Dachet’s Idomenée [sung in Italian, with English Met Titles by Sonya Haddad] 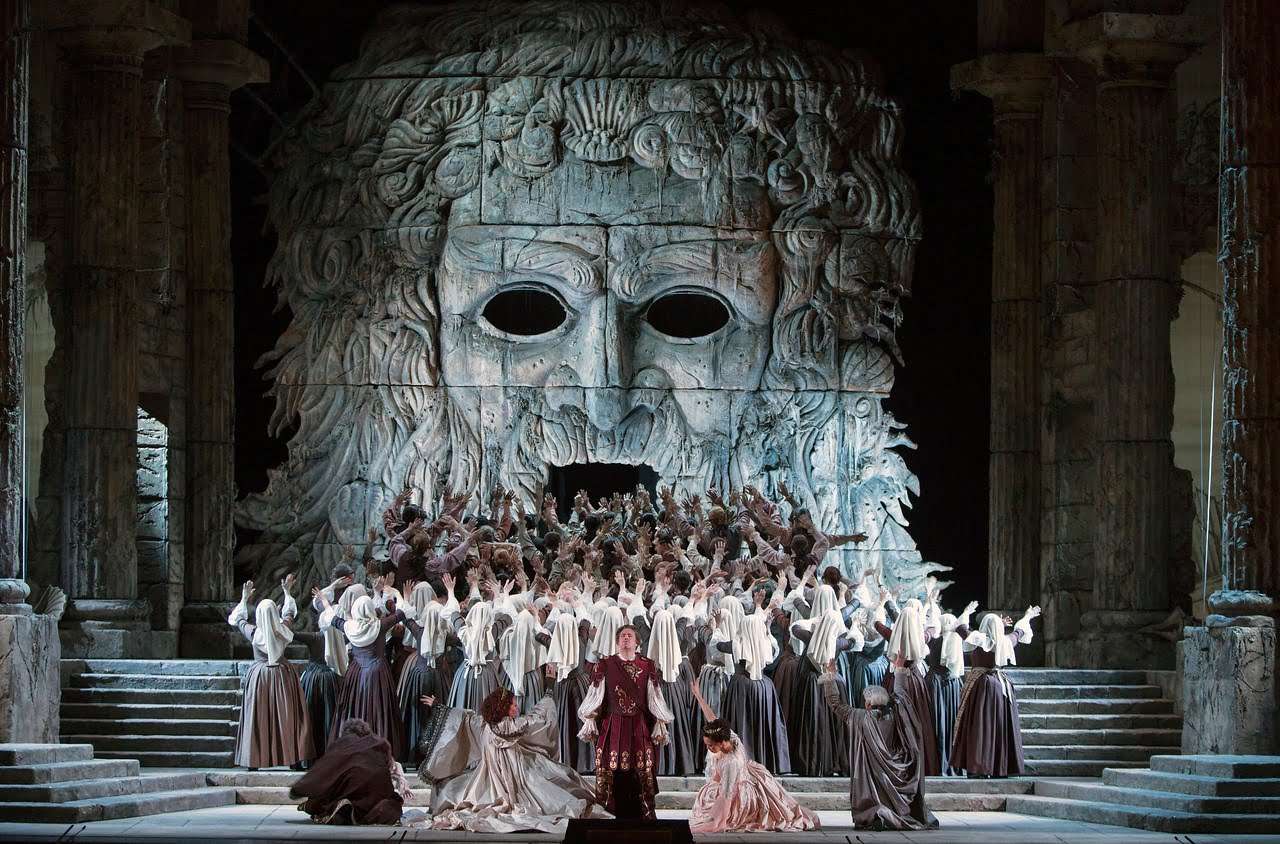 In this Metropolitan Opera revival of Mozart’s Idomeneo, all aspects of Jean-Pierre Ponnelle’s 1982 staging come together to create an immensely appealing and effective production.

I was particularly struck by James Levine’s masterful conducting. He was always alert, listening and accompanying the singers sensitively, his face lighting up with elation as he sweetly threw a thumbs-up to a singer following an aria. Levine kept the orchestra and the stellar cast in perfect balance, creating a sense of chamber music writ large.

That said, it would be inaccurate to say that every detail and tempo was flawless, or that there were no shaky moments. Yet the Met Orchestra remained intently focused on the singers, playing with commitment, sensitivity, and vivid colors, the continuo duo adding life to the recitatives. The Chorus sang with precision, warmth and vibrancy, often functioning as an effective narrator of the drama. 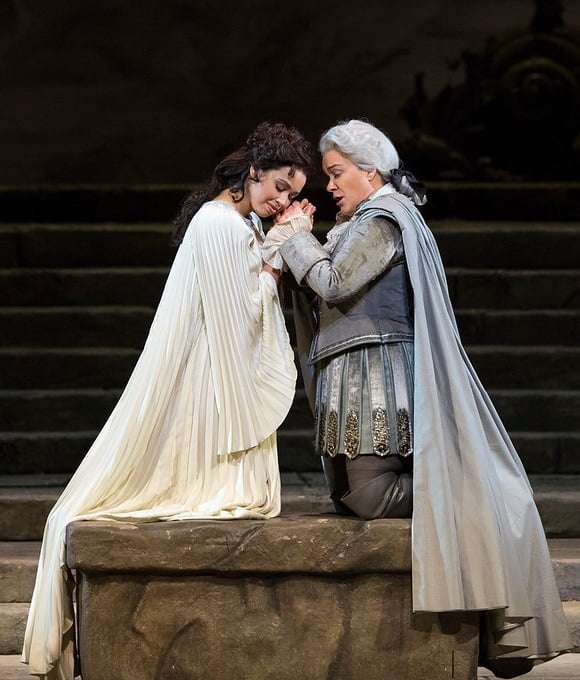 Nadine Sierra brought both power and finesse to the role of Ilia, the Trojan King Priam’s daughter who is held as a prisoner by Idomeneo on the island of Crete. Sierra made Ilia’s inner conflict of loving Idamante, the son of her enemy, supremely believable, her warm and full-bodied voice at its best in the Act Three aria ‘Zeffiretti lusinghieri’, lamenting parting with her lover. Alice Coote portrayed Idamante as brimming with youthful energy, hope, and innocence, her voice particularly stunning in softer passages. The chemistry between Idamante and Ilia was palpable, reaching a charming and touching climax in their love duet.

In the title role, Matthew Polenzani’s voice floated with ease and grace in pensive moments, and exploded with fury and dread as the King grappled with the cruel prospect of having to sacrifice the life of his son. A highlight was the Act Two ‘Fuor del mar’, singing while he is saved from the sea, and with a raging storm within his heart. As the spurned Elettra, Elza van den Heever brought a believable insanity to proceedings with a dizzying mix of abandon and control. When, in the final scene, Neptune decrees that Idomeneo abdicate, allowing Idamante to assume the throne and marry Ilia, Van den Heever reminds everyone that no-one rains on a parade quite like Elettra.

Idomeneo is, more or less, in the stylized form of an opera seria, in which recitatives advancing the plot alternate with arias that are more reflective, and in which the noble characters are idealized. Mozart’s genius was to transform them into flesh-and-blood human beings, and these performers make this vividly discernable, enabling us to empathize with their plight. Also amazing is the grand sense of scale of Ponnelle’s production – the apocalyptic fury of Neptune and the sea in one moment, and the solitary Idomeneo making us privy to his innermost thoughts in the next.

Go see Idomeneo while you can!