Massenet
Thaïs – Opera in three Acts to a libretto by Louis Gallet based on the novel by Anatole France [sung in French, with English Met Titles by Kelley Rourke] 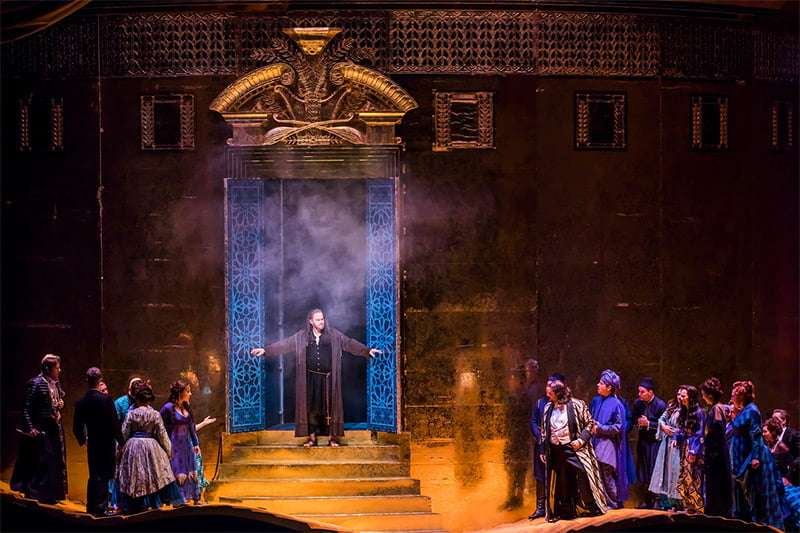 Jules Massenet’s Thaïs is staged infrequently – it requires a diva of star quality. In 1978, after a forty-year absence, the Met borrowed San Francisco’s production starring Beverley Sills. The current staging, by John Cox, was imported from Chicago Lyric a decade ago, Renée Fleming in the title role. In Ailyn Pérez, the Met has found a worthy successor to them.

On its surface, the opera is about the transformation of the central character from courtesan to saint. Pérez looked gorgeous in her Christian Lacroix costumes, vivaciously rendering words and music reflecting a hedonistic lifestyle as Thaïs seeks assurance from her bedroom mirror, and from Venus, that she is – and always will be – beautiful. However, once she decides to follow the conflicted monk Athanaël she dons plain and dark garments, and the vocal line darkens as well, but in the final scene, as Thaïs dressed in white dies, Pérez’s voice soared elegantly. At a deeper level the central theme is Athanaël’s inner struggle of faith as he is torn between spiritual fervor and his fleshly attraction to Thaïs. Gerald Finley gives a carefully measured portrayal, vividly expressing the monk’s emotional journey from self-confidence to overwhelming doubt. Massenet relegated the tenor to a secondary though still important role. Jean-François Borras excels as Nicias – Thaïs’s final lover before her conversion – his voice bright and powerful. Other standouts include David Pittsinger and Sara Couden. 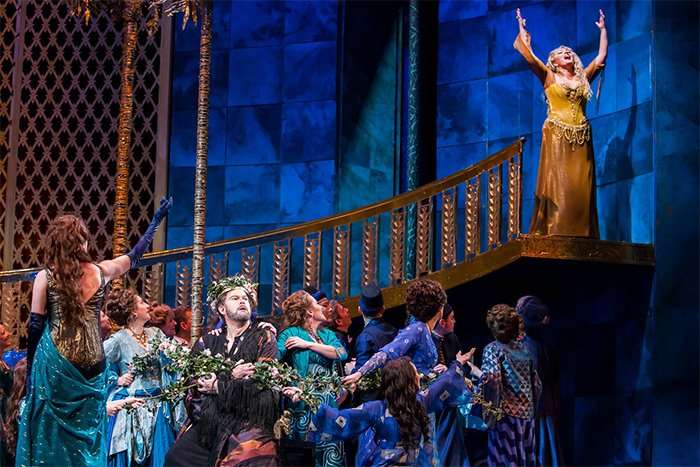 Emmanuel Villaume captures the varying moods: the spare lives of the desert-dwelling monks; the materialistic excesses within Nicias’s household and the Orientalism of its Alexandria neighborhood; the celebrated ‘Méditation’ (beautifully played by concertmaster David Chan) that marks Thaïs’s transformation; and the urgent entr’acte that depicts Athanaël’s desperate journey to the fading Thaïs.

Cox’s production, although not particularly memorable, successfully contrasts the environment of the ascetic religious orders with the glamour of the sin-ridden city, without attempting a depiction of the fourth-century period. In Act Two the singers and dancer outside Nicias’s house provide an entertaining diversion, and the depiction of Thaïs enthroned in Albine’s convent comports with the serenity of the final moments.

Pérez’s vocal brilliance and dynamic presence fully justifies returning Thaïs to the Met stage, and Finley gives a well-wrought portrayal of Athanaël, ably following in the footsteps of Sherrill Milnes and Thomas Hampson.