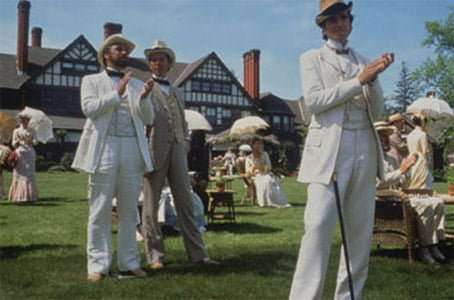 Little in the concert world captures the public’s imagination more than collections of film music. The programming for this sold-out concert stayed mainly within the realm of box-office hits – which was palpably what the audience craved. But there were also a few clever touches – Marvin Hamlisch’s music for Sophie’s Choice and Elmer Bernstein’s for Martin Scorsese’s The Age of Innocence expanded the field into lesser-known but equally deserving repertoire. However, does a performer seek to reproduce the soundtrack or attempt to create a unique interpretation, as would be natural in any other genre? Dirk Brossé, himself a film-music composer, steered the middle course, eliciting performances that rarely deviated significantly from the originals, but also included subtleties and interpretative touches that were previously lost or understated.

In doing this, the versatility of the LPO in adjusting its collective sound and timbre, became gloriously apparent. The string sections produced a sinuous silkiness during the ‘love theme’ from Star Wars, capturing the otherworldly elegance of John Williams’s melodies while maintaining a constant sense of anticipation. Their deep richness during the Twin Peaks Suite brought out the dark foreboding inherent in Badalamenti’s harmonic quicksand. Yet a short while later, their aggressive bite, complemented by the arrogant swagger of the percussion and brass, lent Nightmare Before Christmas the energy, excitement and exhilaration that Danny Elfman’s music often demands. 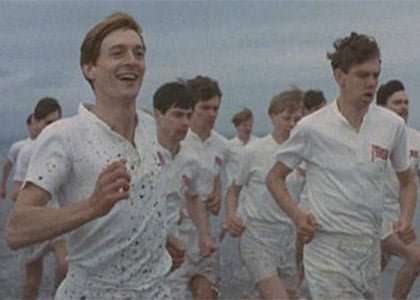 The brass, although seeming to take longer to hit its sonic stride, wonderfully mimicked the electronic undulations of Vangelis’s original synthesiser-only score to Chariots of Fire, shaping each phrase with a playful sentimentality. The brazen tones in the ‘Imperial March’ from Star Wars effortlessly oozed insidious evil, while its incredibly precise phrasing and dynamic grading lent Don Davis’s score for The Matrix a heady combination of nail-biting tension and magisterial awe. Problematic, though, was the unavoidable narrowing of the overall dynamic range, as strings and woodwinds sought to match the more forceful brass, and thus sacrificed some of the gently sensitive and tender moments during the more melodious music.

The drive and energy emanating from Dirk Brossé rarely flagged as he steered the LPO through music that is often multi-facetted and tortuous in direction. He danced his way through the Bernstein, swaggered through the Elfman, and lent the Zimmer more sentimentality than any Pixar animation featuring anthropomorphised animals, vehicles or office stationary. Also of note was Ian Hardwick’s absolutely captivating performance of the Morricone, gifting Gabriel’s Oboe with an apparently effortless poise and grace.

The immediate standing ovation both at the end of the programme, and after the encore, John Williams’s ‘Theme’ from Indiana Jones proved, if proof were needed, that the LPO had hit its audience exactly where they wanted. More impressive, perhaps, was that this was achieved without any obvious ‘dumbing down’, without sacrificing integrity, and while exploiting the orchestra’s strengths to the maximum – an achievement of Hollywood proportions.