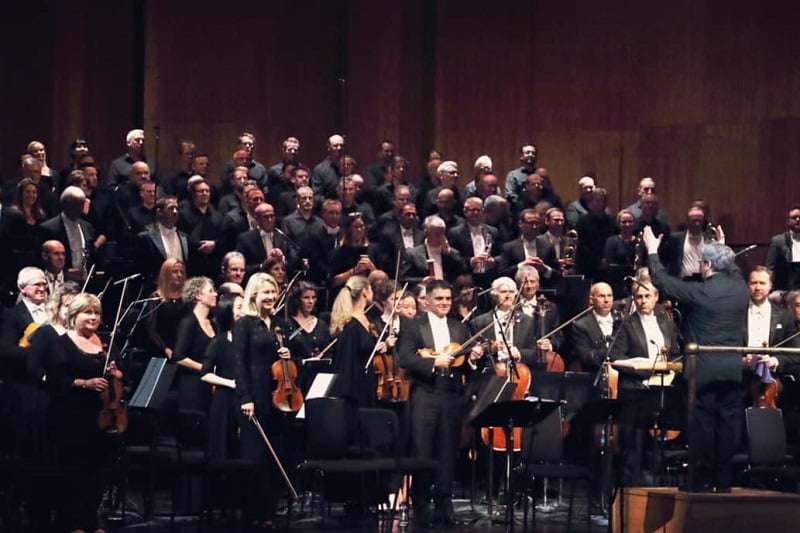 At the close of this exceptional performance of Verdi’s Requiem, following Lise Davidsen’s muttered supplication of “Libera me” had died away, Antonio Pappano kept a long, long silence, so that we could take stock of what had unfolded in the previous ninety minutes. This was one of the occasions when the Orchestra of the Royal Opera House takes centre stage, here to mark the fiftieth anniversary of the granting of the company’s royal charter, and also, as Pappano announced in his brief introduction, the centenary of the end of the First World War as well as to pay tribute to absent friends, not least the recently late Montserrat Caballé.

The result was frequently overwhelming. The auditorium’s clipped acoustic also helped, and there was not a bar when some detail didn’t make its mark. Most importantly, in this grandest of Requiem settings, Pappano resisted any grandstanding and went straight to the spiritual core of Verdi’s placing of frail humanity into the mercy, you hope, of the Almighty. There isn’t a composer who hasn’t responded to the theatre of the Roman Catholic mass, and Verdi’s Requiem, the Missa pro defunctis, takes this even further with the long ‘Dies irae’ sequence, which aims at expressing the extremity of human experience. This performance united drama and spirituality in a way that completely squared the opera-versus-church circle that has so exercised some people.

The Royal Opera Chorus was magnificent – its opening smudge of sound was more perceived than heard, and the singers then raised the roof with thrilling, undistorted force in the big moments – and the seemingly intuitive swells of tone and adjustments of weight placed the text uppermost. Pappano managed the chorus’s stand-off between blend and contrast with the orchestra with disarming ease and clarity, and the orchestra itself was on distinguished, ultra-responsive form, providing as many flashes of colour as weighty body textures. 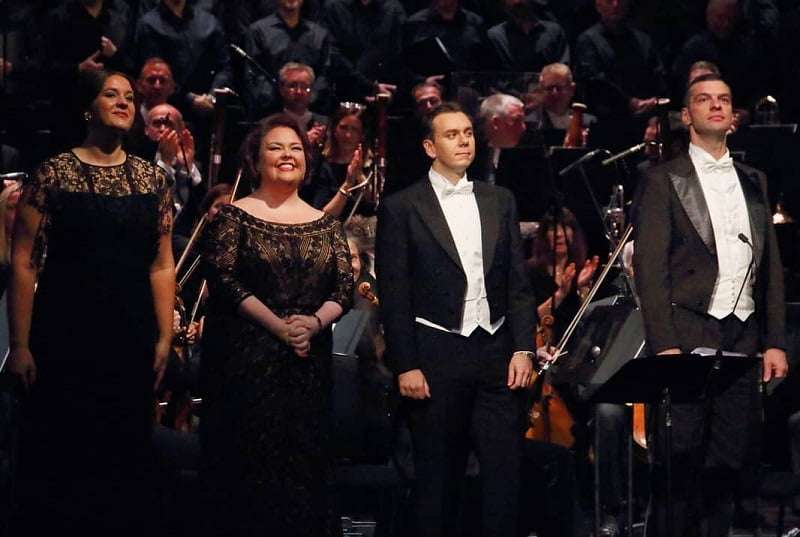 The four vocal soloists led from the front as they begged and negotiated with the Almighty for salvation. Benjamin Bernheim sailed into the opening bars of the ‘Kyrie eleison’ with confident, Italianate bravado, which he then scaled down for a ravishing, internalised ‘Ingemisco’. Gábor Bretz was in unfailingly solid voice as he made time stand still in ‘Mors stupebit’, adding Wagnerian fire to a pulverising ‘Confutatis maledictis’. The lower end of Jamie Barton’s mezzo is a wonder of majestic fullness and character, and she and Davidsen were a formidable duo in the ‘Recordare’ and the ‘Agnus dei’. As at the Proms, Davidsen (for Pappano she was replacing Krassimira Stoyanova) continues to meet all expectations of her remarkable singing, varying her sound from round pianissimo to glorious, generous brightness. All four soloists paid great attention to the Latin text.

Favourite moments? A cyclorama of brass and chorus in the ‘Tuba mirum’, annihilating bass drum in the ‘Dies irae’, Jamie Barton’s self-abasing whispers of the word “Nil”, the chorus’s brilliant, fast and free-flowing ‘Sanctus’, and a ‘Libera me’ from Davidsen and the chorus to die for – but then I was continually floored by just how right Pappano’s approach was.

Probably the last time Verdi’s Requiem made such an immense impact was Giulini conducting it in St Paul’s Cathedral many years ago, when, as with Pappano and his Royal Opera forces, it was like meeting your maker and living to tell the tale.