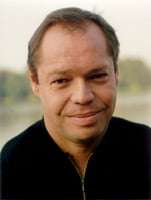 This was the second of a trio of recitals given in quick succession by Thomas Quasthoff at Wigmore Hall. Patrons of the song-recital series at this venue hold him in high esteem and his Art Song performances are invariably sold out. Having heard him in a fair selection of his repertoire, which ranges widely both in terms of style and vocal demands, I was expecting him to excel both vocally and interpretatively in the singular world of Gustav Mahler. In the event the concert brought a tinge of disappointment.

Quasthoff began rather tentatively. He had chosen to transpose the order of the five Rückert songs and started with ‘Ich atmet’ einen linden Duft’. While this song represents the equivalent of a cinematic slow fade-in from black, with no forceful singing, there are long sensuous phrases and a line which winds trickily upwards and downwards, testing the support in the singer’s soft high utterances. Quasthoff was disconcertingly prone to resort to falsetto here and some of the phrasing was lumpy. However, the firmness and clarity of Charles Spencer’s playing was some compensation. When his partner came to sing out in the second song, ‘Liebst du um Schönheit’, there was a re-assuring confidence and ring to the tone. A skilfully executed diminuendo to end the song was further evidence that the singer was in reasonably, if not totally secure voice. A solid postlude was offered by the pianist. 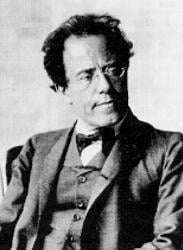 ‘Blicke mir nicht in die Lieder’ brought the first appearance of those sharply articulated consonants in which Quasthoff excels, leading into ‘Um Mitternacht’, in which both performers’ strengths came wrapped in a single parcel. The grey colour which Quasthoff applied to the opening stanza was perfectly redolent of the desolation with which the poem begins. The subjective narrative developed with absolute conviction. Then, as he roused himself to action, the pianist conveyed the strain of the poet’s bodily efforts, seconding the singer’s marcato delivery of “Mit Trost gebracht”. The vain exertions were vividly conveyed in a powerfully delivered fourth stanza. I was reminded that Quasthoff is an intensely physical performer, underlining his delivery of text and music with movements of his torso (or stillness, as the case may be). In the final stanza the major key, the pianist’s surging upward scales and the singer’s solid tone in the middle voice proclaimed a triumphant belief in, and acceptance of, divine power.

The serene ‘Ich bin der Welt abhanden gekommen’ marked a return to the ethos of the opening song. There was also a hint of vocal unease and a resort to falsetto, though the focus of the two performers was total. 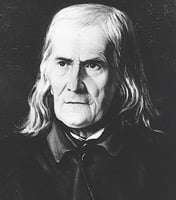 “Kindertotenlieder” can be mistakenly assumed to consist solely of negative emotions, melancholy, remorse, overwhelming grief, despair, and to be depressingly homogeneous in tone. In fact, the five poems which Mahler set balance the above feelings with hope and consolation, expressed in imagery where the predominant condition is light rather than darkness. Mahler responds to them with music in which passages of his characteristic astringency are matched by those characterised by warm romanticism. In addition, the narrative of the songs is often dynamic, giving the singer opportunities to deploy a wide resource of vocal acting. Clearly much is lost in the piano version: the poignant wind solos in the first song, the late Romantic glow which the cushion of orchestral sound provides in the second. Paradoxically, the densest texture with which Mahler supported the voice is in the last song ‘In diesem Wetter’, yet this was where Spencer most fully conveyed the instrumental ambience, re-creating with powerful realism the swirl of the stormy night, without overwhelming singer and text.

Quasthoff rose to the challenge of these songs, deploying his range of vocal colour and controlled dynamics. In ‘Nun seh’ich wohl’ the first mention of the dead child’s eyes was delivered in a perfectly managed ppp. Later, at the modulation into D major (“Ihr wolltet mir mit eurem Leuchten sagen”), the lightening of tone to enact the words was executed in the style of a great technician as well as a great interpreter. The ascent to high F at the climax of the song, by contrast, brought out Quasthoff’s power in the upper register. His wide range was again evident in the inexorably gloomy third song, where the light is truly extinguished. “Oft denk’ich”, with its alla breve time signature and genial melody, led up to a blazing vision of a landscape bathed in sunshine.

In the final song Spencer expressed perfectly the rocking rhythm of the cradle in which the children are divinely protected, while the singer filled his tone with the consolatory warmth that the conclusion requires. Both musicians remained motionless long after the final notes had died away; an affectation perhaps but a signal which the audience obeyed.

The second half, devoted to five songs from “Des Knaben Wunderhorn” (the sixth advertised, ‘Der Tamboursg’sell’ was omitted because of a perceived preponderance of military songs). The two which survived brought out different aspects of Quasthoff’s art. In Der Schildwache Nachtlied’ he handled the contrast between the gruff utterances of the sentry and the winding lyrical phrases of his phantom visitor with just a hint of tongue-in-cheek, while the macabre ‘Revelge’ had a frenzied momentum. Spencer imitated the military sounds vividly.

These framed two light-hearted songs, where I was struck by the way Quasthoff used his facial expression. The beaming joy which swept over his face in recognition of the cleverness of his ruse in ‘Rheinlegendchen’, the smug expression the preacher affects when convinced of the fishes’ enthusiasm for his sermon and the donkey’s wide-open mouth with which he finished his encore piece ‘Lob des hohen Verstands’ resembled the work of a professional comedian.

Perhaps the offering of only a single encore suggested that the singer was not in best voice. His current schedule is demanding, his range of repertoire as broad as ever, indeed more so with his branching out into jazz, and he had had only three days to recover from the gruelling challenge of “Winterreise”. The command which this singer has always displayed was slightly curtailed on this occasion. His is a precious instrument which needs to be safeguarded.