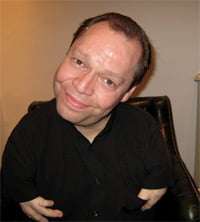 Attending a Thomas Quasthoff recital at Wigmore Hall is like visiting an old and stimulating friend. There are a number of things which you can rely on: Quasthoff will explore a new corner of the musical repertoire (not necessarily classical); he will subject the works to imaginative interpretation, using his whole range of vocal resources; his avuncular personality will come across in an act of communication broader than the performance of the music.

This evening ran true to form, artistically and socially. As soon as he installed himself on the platform Quasthoff addressed us with characteristic frankness, explaining why he would perform the Mussorgsky songs in German. Robert Holl, he confided, spoke much better Russian than himself (Holl had sung the work at the same venue eight days before with András Schiff). Perhaps in a second incarnation he might return as a Russian-speaker and be able to compete in the original language!

With the first expectation so genially fulfilled, we could look forward to receiving the musical rewards. As the singer’s gifts are both well-known and well-maintained (he is now 50) and his approach to communicating song has remained reliably consistent over the years, readers may assume that the general outlines of a Quasthoff recital as detailed above were repeated on this occasion.

In the Schubert group Quasthoff chose a daringly soft volume level for “Wanderers Nachtlied II” and one was conscious of his struggle to sustain his line securely – a test which he successfully negotiated.

This voice of many colours enriched the Mussorgsky cycle by characterising its subject, Death, and showing his effect in original ways. In the opening song ‘Lullaby’ he put the mother on the defensive by his very solicitousness; could he perhaps be more concerned for the sick child’s fate than its own mother? Her guilt eventually drew her into his grasp. His entrapment of the drunken old man in the snow in ‘Trepak’ was more easily managed and so he could relax his grip and take off his mask well before the end. For the Field Marshal in the final song Quasthoff reserved his biggest vocal guns but enhanced the chilling effect with a contrasted use of head voice on key words such as “Süss”. 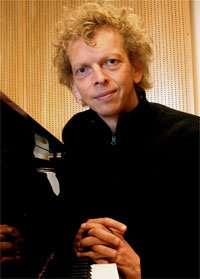 The miscellaneous contents of the Eichendorff “Liederkreis” brought out the best in Quasthoff, both in the dramatic and lyrical songs. He created thoughtful characterisations in the subjective songs. When, as the self-confident, would-be seducer in ‘Waldesgespräch’ he recognised his quarry’s identity, it brought no change to his attitude: “Gott steh mir bei!” was more mocking than frightened. The eerie painting of the ruined castle in ‘Auf einer Burg’ was undertaken in another mesmeric pianissimo, as was ‘Zwielicht’. The latter was convincingly shaped, with foreboding building steadily, so that the final whispered warning “Hüte dich, sei wach und munter!” emerged as a natural, chilling conclusion, not a jarring surprise.

Quasthoff seemed also to have considered the problem of how to unite these twelve songs, not only disparate in subject but apparently random in structure. In particular, the unreserved joyfulness of the final song ‘Frühlingsnacht’ seems to clash with much that is melancholy, creepy or equivocal in its predecessors. Here I detected revealing insight in Quasthoff’s treatment. The ecstasy of the poet in ‘Frühlingsnacht’ is symbolised by the flight of migrating birds. The singer seemed to have noticed allusions to flight in other songs in the cycle: ‘Intermezzo’, ‘Die Stille’ and above all ‘Mondnacht’. This song, often detached from its companions, now displayed its relationship to them. Quasthoff’s poised mezza voce supported his loving depiction of the balmy night, as expected; but when his tone eventually flooded with warmth in the last stanza it was the joy of release which was being celebrated and which was to achieve its final fulfilment in the elation of the concluding song.

Throughout all this pianist Justus Zeyen was a deeply impressive partner. He took every technical demand of the accompaniments comfortably in his stride: the fragments of piano sonata of Schubert’s “Der Sänger” and the suspended chords of “Wanderers Nachtlied”, through the death chokes of the old man in Mussorgsky’s ‘Trepak’ and the thunderous noises of the battlefield and its master the Field Marshal to the Bachian counterpoint of Schumann’s ‘Zwielicht’ – all was faultless, all part of a considered partnership.

Encore time was also an opportunity for Quasthoff to speak to his audience/family. He related how he and Zeyen had given the same programme in Cologne earlier in the week. Movingly, he offered his first encore, Schumann’s “Widmung” to Wigmore Hall’s former Director William Lyne who, as he put it, “had thought I was good enough to sing here”. There was no doubt, in the way he caressed the line of the song, about the sincerity of his debt. Schubert’s “Der Musensohn” and “Seligkeit”, chosen for their very familiarity to his trusted audience, completed the evening.