When an established solo pianist begins to partner an equally well-known singer, sparks tend to fly – and not always in a positive way. At times, the singer can be pulling one way, the pianist another, but in the case of this initially surprising partnership between Mark Padmore and Paul Lewis, there was near-total agreement. Lewis, that most poetic of Schubertians, might seem an odd accompanist for the more astringent Padmore, but the latter seems to have been inspired to change his outlook on Schubert’s first song-cycle, nowadays presenting it not so much as a lyrical, comfortable story but an impassioned reflection on the consequences of unrequited love.

Wigmore Hall was packed for the first night of the new Season, and since the concert was being recorded for BBC Radio 3 we were given an extra admonition of ‘no coughing’ which most of us managed to obey. From the thundering pulse of Lewis’s piano in ‘Das Wandern’, we knew that we were not in gemütlich territory, thank goodness, and Padmore followed it up with singing of a haunting quality which owed more to Matthias Goerne than any other model. I’m sure we will read soon that his voice has taken on a plangent quality, which is nonsense applied either to him or indeed most other singers. The word required is ‘plaintive’.

‘Danksagung an den Bach’ showed that plaintiveness at its most appealing, the crucial word “Herze” singled out for special emphasis, the piano eloquently underpinning the phrasing. Both pianist and singer were stronger in the quieter, more lyrical songs, the likes of ‘Am Feierabend’ causing too much pressure on the voice. ‘Der Neugierige’ was given with absolute simplicity, both the delicately hesitant piano and the tentative voice achieving the complete absence of preciousness so vital for this exquisite song, and the central phrase “Die ganze Welt mir ein” finely stressed. 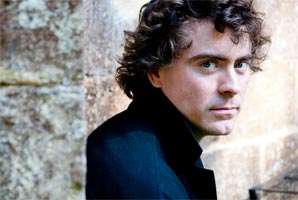 ‘Morgengruss’ was a model of ensemble, the voice rising beautifully at “Von ferne, ganz von ferne!”. I don’t hear any great change in this interpretation at the crucial ‘Pause,’ where some singers convey a new sense of urgency, to be followed by desperate rage at ‘Die liebe Farbe’ – Padmore has pretty much been in despair since she of the title flashed him those eyes, and Lewis doesn’t offer any relief from that. ‘Die böse Farbe’ was replete with despondency, ‘Weinen ganz totenbleich’ as raw as can be, and even the final ‘lullaby’ carried little consolation.

I like “Die schöne Müllerin” as desolate as possible, since it really is a much more despairing work than even “Winterreise” in which the rejected lover does, after all, still plod on. Neither singer nor pianist were note-perfect – Lewis lost the lute-like thread of ‘Pause’ at the start of the song, and Padmore had a few bad moments in ‘Des Baches Wiegenlied,’ but that hardly matters, since this performance was as emotionally involving as one could desire, and bodes well for their continuing partnership – a recording of “Winterreise” is about to emerge on Harmonia Mundi.