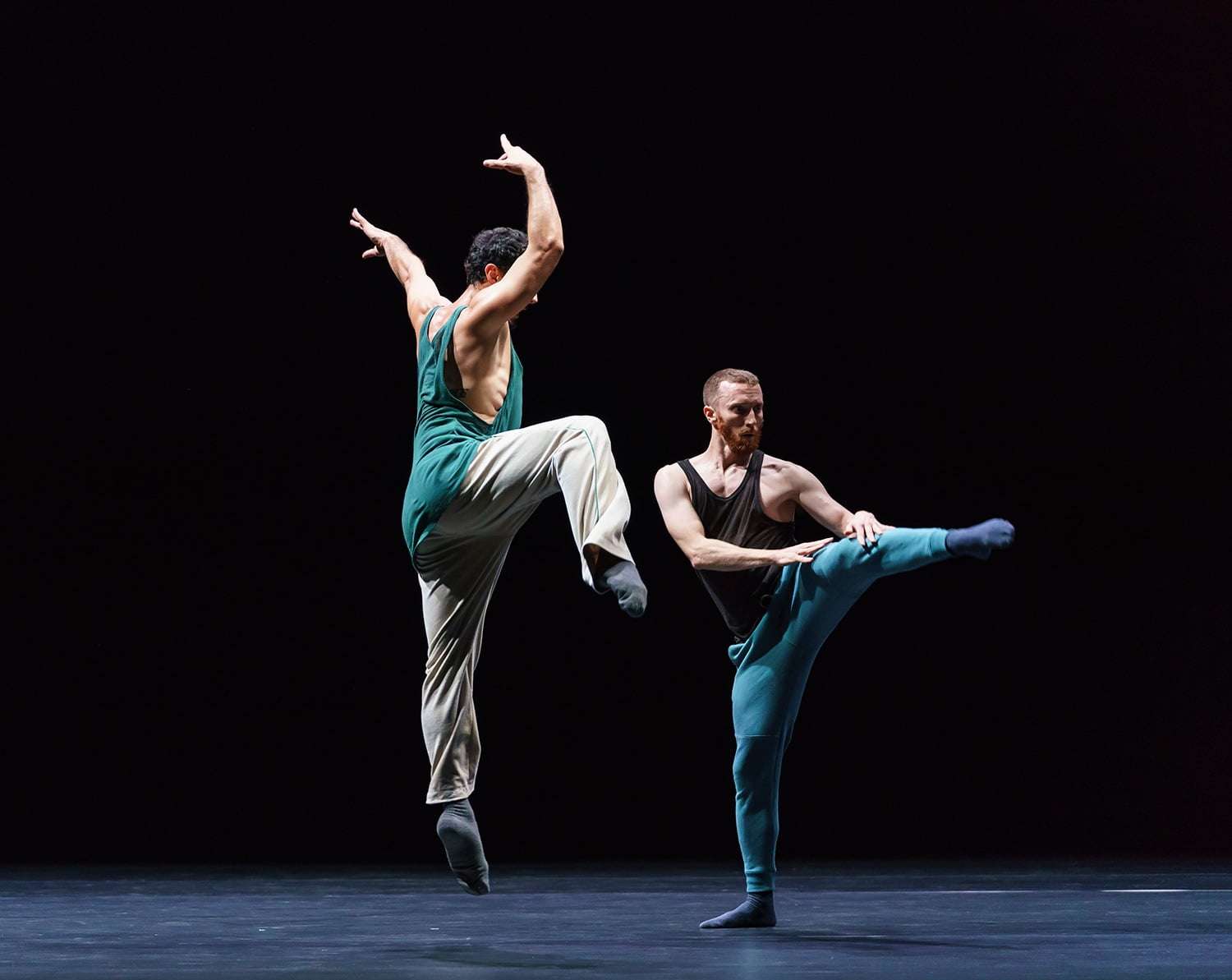 The news that choreographer William Forsythe is in town is big news indeed, so Sadler’s Wells has pulled off something of a coup to secure him for a full evening of his work. He is a cerebral dance-maker, one whose thought-processes, experimentations and musings on the art form of ballet have enriched the repertoire. A Quiet Evening of Dance is no different – a subtely concentrated series of works culminating in a new creation which acts as a synthesis of what we have witnessed before. For this successful evening, Forsythe has assembled some of his most trusted and attuned dance collaborators who, between them, notch up decades of experience of his way of working and his own particular aesthetic – it is simply a joy to see them move and bringing all they know of him and his ways to their performances. What could be simply a cosy get-together of old friends is given piquancy by the addition of a more recent collaborator, Rauf ‘Robberlegz’ Yasit who brings his hip-hop style and presence to what is otherwise a resolutely balletic gathering.

Five works comprise this evening, exploring the idiom of ballet with dazzling creativity, nowhere more than in Catalogue for Jill Johnson and Christopher Roman, a seemingly endless sequence of moves, poses, tilts and gestures which literally catalogue the constituent parts of the language of Classical dance. There must be hundreds, if not thousands, of moves which these two superlative performers deliver with seeming nonchalance. Roman is a magnetic artist, and when he appears, the eye is immediately drawn to him; he is seen to advantage in Seventeen/Twenty One in an amusing duet with Parveneh Scharafeli in which she moves in a decidedly hip-hoppy twenty-first century fashion, he in the courtly poses of Louis XIV’s la belle danse. ‘Rubberlegz’ also appears with Roman in an earthbound duet of interlocking limbs; both are mesmeric. 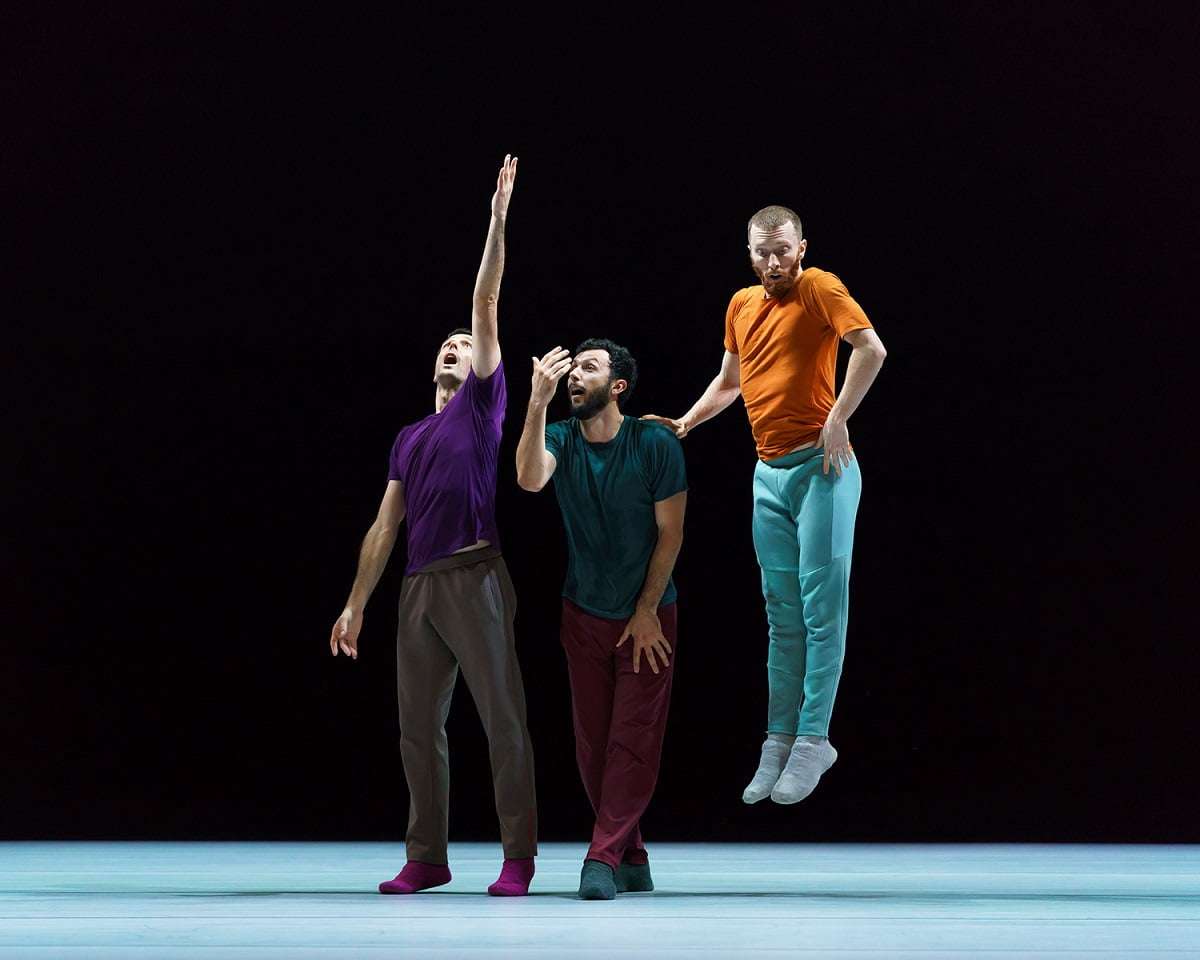 One of Forsythe’s lines of exploration is the effect of music on both dancers and audience, so some of this stimulating evening is to pure silence (plus obligato audience coughing) while Morton Feldman’s free, floating piano asymmetry seems to bring greater structure to Epilogue possibly simply by virtue of being played. Forsythe has removed Thom Willem’s score for Dialogue (DUO2015) and replaced it with recorded birdsong, and that too creates a particular outdoor atmosphere. In Seventeen / Twenty One the music is the elegance of Jean-Philippe Rameau, and while Forsythe does refer to courtly seventeenth century dance, even the least ‘period’ of his moves seems to echo the composer’s age. This work feels very much like a culmination, a synthesis of what we have seen before; indeed, movement tropes from earlier reappear and the dancers are dressed the same for all works (top, trousers, long arm-length gloves and covered trainers forming a harmony of colour blocks). The effect is simple and focussed in thus engaging suite of brief dances. Dialogue (DUO2015) features the superlative Brigel Gjoka and Riley Watts, a physically contrasted pair, who perform this fascinating interplay, each seeming to feed off the other in terms of movement. Watts possesses an aerial quality while Gjoka is more earthbound – it is a notable contrast.

Forsythe is most welcome back in the UK – after the palpable excitement generated by his new short piece for English National Ballet recently – Playlist (Track 1,2) – it is good to have him here for longer. Let us hope that this visit is one of many more to come.