One of the greatest strengths of the BBC Proms is its ceaseless power to surprise and captivate, breathing magic into the most ordinary-looking of concert programmes. This will not be breaking news to Classical Source readers, but it still bears repeating and has particular relevance to this late-night Prom of Baroque concertos and opera arias.

A cursory glance at the listings suggested no more than an unchallenging evening in the agreeable company of Handel, Porpora, Telemann and Vivaldi. But the programme turned out to have been very cleverly and enterprisingly planned, and it was brought to life with terrific panache by Ensemble Matheus under its charismatic founder Jean-Christophe Spinosi. With some superb instrumental soloists and a couple of outstanding singers added to the mix, and with the whole concert bathed in that unique late-night atmosphere, it all added up to an entrancing and memorable event. 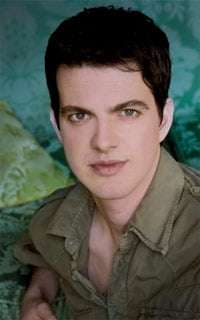 First up was countertenor Philippe Jaroussky, launching the concert in dervish-like fashion with Caesar’s ‘Empio, dirò, tu sei’ from Handel’s opera. Bristling with rage, Jaroussky exhibited power (never at the expense of tone) and impeccable coloratura, and the furious energy of the string-playing was great, but marred by some ragged ensemble and scrawny sound. This was evidently just initial jitters, however: Ensemble Matheus provided sympathetic and stylish accompaniment for the rest of the night: not as pungent or visceral as some European early-music groups, its dynamism and vibrancy were on near-ideal levels.

The following arias from Vivaldi operas introduced sumptuous contralto Marie-Nicole Lemieux. Rich and velvety, she floated through the gossamer-like ‘Aure lievi’ from “La fida ninfa”. Returning in trousers for the male title role of “Orlando furioso”, Lemieux proceeded to pin us gloriously to our seats with her colossal ‘Sorge l’irati nembo’, and later exuded captivating drama in the darkly brooding ‘mad-scene’ from the same opera. Both she and Jaroussky, who held the hall spellbound with passionate eloquence and nobility in Nicola Porpora’s ‘Alto Giove’ from “Polifemo” – a rival to Handel’s most sublime arias – displayed supreme fluency of vocal line and stunning, well-integrated, ornamentation. 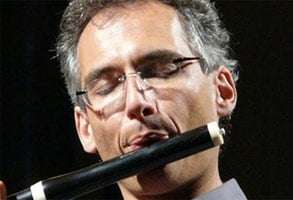 Vivaldi’s tender love-song ‘Sol da te, mio dolce amore’ featured a gently rippling, though fiendishly virtuosic, flute obbligato, played with great aplomb by Jean-Marc Goujon. As soloist in Telemann’s Concerto for flute and recorder, Goujon was ideally matched for technical brilliance and theatrical flair by Alexis Kossenko – who pulled off the incredible feat of making the small-voiced recorder carry in the cavernous Royal Albert Hall without ever over-blowing. Swaying and bobbing in perfect synchronisation, the duo made the most of Telemann’s inventive score, rounded off with a rustic Gypsy finale rendered with foot-stomping exuberance.

Director Jean-Christophe Spinosi picked up his violin for one of Vivaldi’s most substantial concertos, partnered by Ensemble leader Laurence Paugam – a dazzling showcase in which Spinosi showed he was not afraid to use occasional vibrato for extra sweetness.

The crowning glory of the night was a couple of Vivaldi numbers with Jaroussky and Lemieux, beginning with the playful love duet ‘Dimmi pastore’. With both singers throwing themselves wholeheartedly into the scene, it soon became clear which character was wearing the trousers – even though the formidable Lemieux was back in her dress. It then appeared that Jaroussky was to have the encore to himself – an assumption confirmed for anyone who recognised Orlando’s aria ‘Nel profondo cieco mondo’. But he was soon re-joined unexpectedly by Lemieux, who pranced onto the stage to jump in with his next lines, and the singers proceeded to turn the number into an ‘Anything you can do, I can do better’ preening diva display. This hilarious, yet always musically first-rate, performance was an entirely apt ending to an engaging and delightful recital.