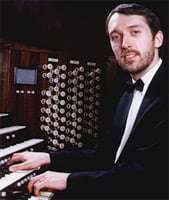 This year’s Proms’ focus on Messiaen’s centenary was marked in fine style by the first half of this satisfying programme. Olivier Latry – titular organist at Notre-Dame in Paris and one of the finest solo organists of our time – gave a most convincing performance of L’Ascension. Originally for orchestra (that version can be heard in Prom 27 on 6 August with the BBC Symphony Orchestra under one-time Messiaen pupil George Benjamin) the organ transcription (with one movement substituted) is in four movements, each with an epigraph related to scripture.

The very English-sounding Royal Albert Hall organ was transformed by Latry into something quasi-French and, thus, authentic-sounding, by his judicious choice of registration. The slower movements had the apposite meditative attributes, whilst the toccata-like ‘Transports de joie’ (performed separately on previous occasions at the Proms) had the requisite fiery and vigorous characteristics. Perhaps if this performance had taken place in an even-more spacious acoustic Latry might have taken more time over the slower music, but this was, nevertheless, an authoritative account of music which poses very considerable technical challenges, all of which were met with ease. This was perceptive playing of a very high order indeed and a far cry from the mere showmanship displayed by Wayne Marshall during the First Night of this year’s Proms in Messiaen’s ‘Dieu parmi nous’. 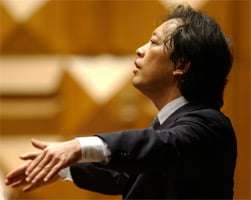 Et exspecto resurrectionem mortuorum dates from 1964 – some thirty years after L’Ascension – and is scored for a large array of wind instruments plus metallic percussion. The wind sonority is surely indebted to Stravinsky’s Symphonies of Wind Instruments and perhaps Karlheinz Stockhausen – a Messiaen student – recalled the whole when scoring his remarkable Luzifers Tanz, which is to be given its UK premiere this November in the Royal Festival Hall.

As with the L’Ascension, Et exspecto’s five movements have superscriptions – this time explicitly biblical. The whole work is ritualistic in intent and purpose but rarely sounds comfortable or re-assuring in a conventionally Christian sense. Indeed something primeval often seems to be suggested from Fafner-like tubas or Asiatic percussion evoking a world from a distant past. Myung-Whun Chung led a performance which was effective and convincing overall, though there were some issues with intonation and ensemble – the latter might have been alleviated, in the first movement in particular, by a less flaccid beat. Solo and ensemble woodwind was especially pungent and poignant, and the distinctive sonority of the whole – with powerful gongs and tam-tams – undoubtedly made a singular impact. 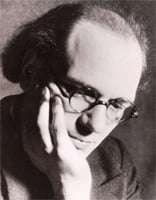 Audience and orchestra were on more familiar territory with Saint-Saëns’s Third Symphony – which includes a role for the organ. Though not designated as a ‘solo’, the organ nevertheless makes its presence felt in the second halves of both ‘parts’ of the symphony. (The programme note, however, inferred that there are four movements as per a traditional symphony.) This was, in fact, a most convincing reading from all concerned. Whilst one might quibble with some tempo and dynamics (for example, the strings began their melody in the Poco adagio, which was more ‘adagio’ than ‘poco’, too loudly for the pianissimo marking), the integrity of the whole was thoroughly satisfying.

The opening bars were taken extremely slowly to the extent that one was reminded of Wagner’s “Tristan und Isolde” in the intensity of the harmony and the fragmented nature of the melodic line. Conversely, faster passages had all the propulsion one wanted and there was a most satisfying sense of culmination towards the symphony’s conclusion. The organ part was most acutely realised – balance and ensemble impeccable – and the final moments were especially notable for the close integration between organ and orchestra.

An encore was provided in the form of the Prelude to Act One of Bizet’s “Carmen”. A pity it was much too fast for detail to register properly.