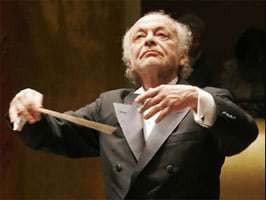 This Prom programme seemed rather short measure in terms of length (barely 80 minutes of music). Yet, for all the perceived brevity there was lots of music for the packed Royal Albert Hall audience to admire and revel in, despite the worst efforts of the EU ‘noise police’ who, apparently, have been sitting in on rehearsals at this year’s Proms to check that noise levels do not go above 140 decibels of sound!

Lorin Maazel has one more season to go as Music Director of the New York Philharmonic, making a total of seven years of such service. His prodigious musicianship was always on display here, every gesture carefully thought about and producing a wonderful concert.

First was the world premiere of Steven Stucky’s Rhapsodies for Orchestra, a short work for the New York Philharmonic’s European tour, music full of zeal and excitement. It was a superb opener in that it gave most of the principal players individual parts that then go on to “infect” the rest of the musicians in ecstatic riots of sound. This unrelenting fervour then gives way to a quiet coda for recollection and tranquillity.

Earlier, in the Royal College of Music, two other pieces of Stucky were heard, for much more economical forces, yet “both full of vivid character sketches”. Stucky views Dialoghi for solo cello as a conversation between friends (though written for a solo player!). Christian Elliott ably drew out its long, meditative lines whilst exposing the delicate phrases that populate them. The Piano Quartet, like Dialoghi, is a set of variations, with a small amount of thematic material “dressed in different costumes and assuming different attitudes”. It was given a reading that exposed its stark passages – the opening displaying its debt to 12-tone language – but then there were inspired moments of jazz from the ever-dominant piano, though, overall, this was intimate music-making. 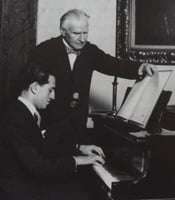 After hearing Rhapsody in Blue for the first time in 1924 the conductor of the New York Symphony (a precursor of the Philharmonic), Walter Damrosch, asked Gershwin to write a piano concerto. At this time Gershwin had little training in musical theory and taught himself from textbooks so that he could prepare such a work. The result was Gershwin’s largest-scale orchestral piece, one that positively sings and dances ‘America’. In fact, it is more Gershwin than Rhapsody in Blue is: Ferde Grofé scored the latter whereas the concerto is wholly Gershwin; it was loved by Stravinsky but disliked intensely by Prokofiev. 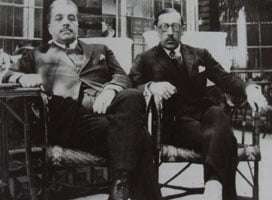 A pulverising account of The Rite of Spring followed, Maazel demonstrating an affinity with the music and a stunning ability to communicate it to his orchestra, able to draw out the music’s elemental savagery whilst sustaining inexorable momentum. The playing itself was technically superb and also spontaneous. The many tumultuous climaxes seemed new-born; the whooping horns that dominate the ‘Glorification of the Chosen One’ with undiluted power lifted the roof and the final, cataclysmic peroration reminded what an incendiary piece this is.

There were two encores, full of verve. The Prelude to Act Three of Wagner’s “Lohengrin” and then Brahms’s Hungarian Dance No.5, the latter finding Maazel in playful form, toying with tempos as if he was composing the piece rather than conducting it.