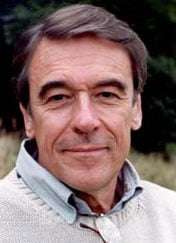 Philip Langridge is now, at 67, a veteran singer, after a finely-judged career, initially as a concert singer, then on the operatic stage, where his intense emotional identification with the characters he played found ideal outlets in his narrow but ideally selected repertoire.

Langridge has excelled particularly in the music of Benjamin Britten, so it was fitting that the composer’s “Winter Words” should form one of the pillars of this recital. This is musically an extraordinary song-cycle: voice and piano do not combine in the Schubertian mode, with the piano supporting the voice harmonically: they pursue independent paths, each tracing a different virtuoso solo line, with the pianist often providing a sound-painting of details of the singer’s narrative. I can only take my hat off to David Owen Norris’s skills: he delivered the motoric figures of ‘Midnight on the Great Western’ and the tight revolving ones of ‘Wagtail and the baby’ to perfection. The boy’s violin solo in ‘At the railway station, Upway’ was brilliantly suggested, double-stopping and all! The stick-in-the-mud vicar, refusing to countenance his deceased organist’s funeral wishes and rushing the ceremony, was given an ironic commentary. Then, in the last song, ‘Before life and after’, the piano at last, in almost diatonic chord progressions, provides a conventional cushion for the tenor. And how that tenor line was fashioned for the peculiar timbre, range and craft of Peter Pears! The wide compass of the writing, the plaintive sound in the upper register, the little ornaments and bel canto-like runs played to his strengths. Langridge’s voice is reminiscent of Pears but that was an incidental feature of his performance. Much more significantly, he projected the texts of Hardy’s poems with immaculate enunciation and also his understanding of their shifting styles. In addition, he fulfilled the technical demands of the vocal writing.

On this evidence, at this stage of his career, Langridge is not vocally well suited to Schumann’s Opus 24 “Liederkreis”. Subject to difficulty in producing a true legato, he had to improvise a rather synthetic approach, at least to the more lyrical songs, shortening some held notes and replacing evenly-constructed phrases with isolated excursions into head voice which threatened the continuity of the line and gave a mannered impression. The word ‘precious’ came stealing to mind, not a description I had ever previously associated with Langridge’s straightforward singing. I detected uneasiness about his manner; nervous glances were directed at the score on the music stand. Perhaps the size of Langridge’s voice, as it has developed during the operatic part of his career, has put the lyricism and scale of these miniatures beyond his natural reach.

Nevertheless, the Schumann cycle received a rewarding performance. Spontaneity was much more apparent in the declamatory songs, such as ‘Es treibt mich hin’ and ‘Warte, warte, wilder Schiffsmann’, where echoes of the despairing agitation of some of the utterances of his caged animal of a Peter Grimes could be heard. There were some memorable individual moments of vocal colouring, such as the searing cry of “Tod” at the end of ‘Warte, warte’, while the diminuendo in the last song at “Nun starren sie kalt and nebelgleich” was intelligently conceived and finely executed. 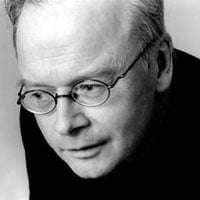 Singer and pianist formed a notably united partnership, with a coherent view of the cycle. It began and ended in tranquillity, from the very soft, restrained opening of ‘Morgens’ steh’ ich auf’ enacted by both performers to the gradual subsidence to a whisper in the final lines of ‘Mit Myrten und Rosen’. In between came gentle undulating terrain, interrupted by some brutal, jagged peaks, sometimes within the same song. Two songs epitomised their teamwork: quiet equanimity was the emotion with which they jointly accepted the two-facedness of the beloved in ‘Berg’ und Burgen schau’n herunter’. The fluctuating narrative of ‘Schöne Wiege meiner Leiden’ was a different matter: both performers were united in moving from the lilting rhythm of the opening to the awareness of the pain inherent in the poet’s relationship (heralded by a marked sforzando from the pianist). Then they combined admirably in the brilliant passage depicting his arduous climb and subsequent exhaustion. David Owen Norris rounded this model performance off with an ultimately resigned postlude, which, as on other occasions in the cycle, he used to distil the essence of the song. He had the measure of these demanding accompaniments and their aesthetic depth. He applied the whole range of pianistic effects to the cycle, from the pounding octaves of ‘Warte, warte’ to the dying fall of several of the postludes. Where the message of text and setting is disconnection, as it is in ‘Lieb Liebchen, leg’s Händchen’, that was conveyed equally effectively, through the off-beat accents in the keyboard part and the delay in the singer’s completion of the cadential phrases.

If Philip Langridge was, as I suspected, ill-at-ease in the Schumann, he returned for the second group having cast off discomfort and replaced it with blazing confidence. Elizabeth Maconchy’s “Four Shakespeare Songs” have special significance for him, he having been the recipient of the original manuscript (a copy of which seemed to be in use by Norris). He and his partner delivered them with total commitment. The vocal figurations of ‘Take, o take those lips away’ is vocally testing but fitted the words to which each was set convincingly, especially the octave drop in the last phrase. In ‘King Stephen’, the ballad which Iago delivers while trying to get Cassio drunk in Act Two of “Othello”, one could hear Langridge entering into the character and ‘The wind and the rain’ was simply joyful for performers and audience alike, the wit of the insistent keyboard figures being played up by Norris and the fun of the words shared by the singer with his listeners.

This was indeed a recital in which the quality of the words equalled that of the music and the two performers balanced the elements admirably. As a suitable encore was Britten’s arrangement of the Appalachian carol “I wonder as I wander”, collected by John Jacob Niles and favoured as an encore piece by Britten and Pears themselves. Langridge’s guileless singing of the unadorned line was complemented by his partner’s deft fingerwork.