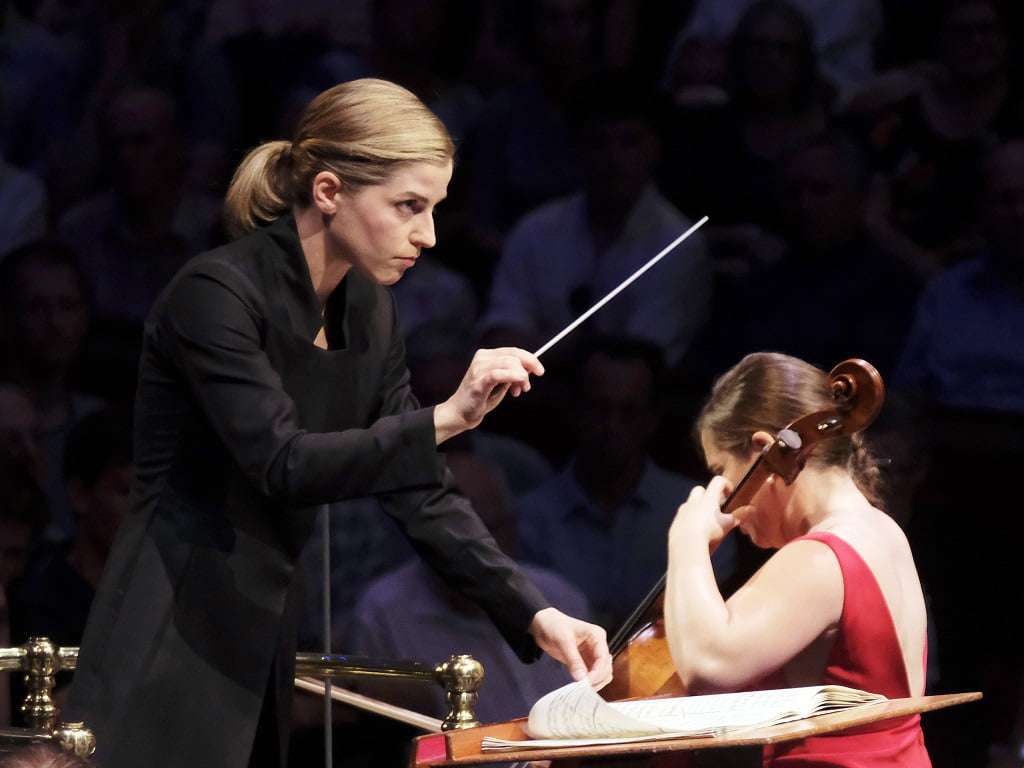 Karina Canellakis has rapidly come to prominence among younger conductors and, on the basis of this Prom, it is not hard to hear why. Beethoven’s Coriolan (1807, for Collin’s play) might not be the ubiquitous programme-opener it once was, but it still launches a concert in uncompromising fashion – not least when given with the impetus audible here. The baleful opening chords were not ideally together, and the consoling secondary theme lacked a degree of pathos, but the fateful denouement was finely delivered – the music subsiding regretfully though inevitably into silence. Nor was this a lightweight performance such as is all-too-frequent in Beethoven nowadays, with Canellakis ensuring that the Shakespearean overtones of this piece were unmistakably in evidence.

By the time of his First Cello Concerto (1959), Shostakovich was very much a composer in the Beethovenian lineage, with all the emphasis on formal integration and motivic lucidity which this implies. Alisa Weilerstein likely thinks so too, given these qualities were uppermost in her reading. It was at its most perceptive in the two middle movements – the former a slow one (whatever its Moderato marking might imply) of searching eloquence and pensive musing that responded amply to this soloist’s intently yet never wantonly interventionist approach; the latter a cumulatively evolving Cadenza as benefitted from her burnished tone and fastidious phrasing through to a heightened entry into the Finale. Not that the outer movements were found lacking in comparison – the initial Allegretto exuding a sardonic humour as was duly resumed in the final Allegro, even if the last degree of incisiveness was absent. No matter, this was a persuasive account of what has become almost too familiar a piece – Canellakis drawing an attentive response from the BBCSO in what for the most part is a spare and understated texture. 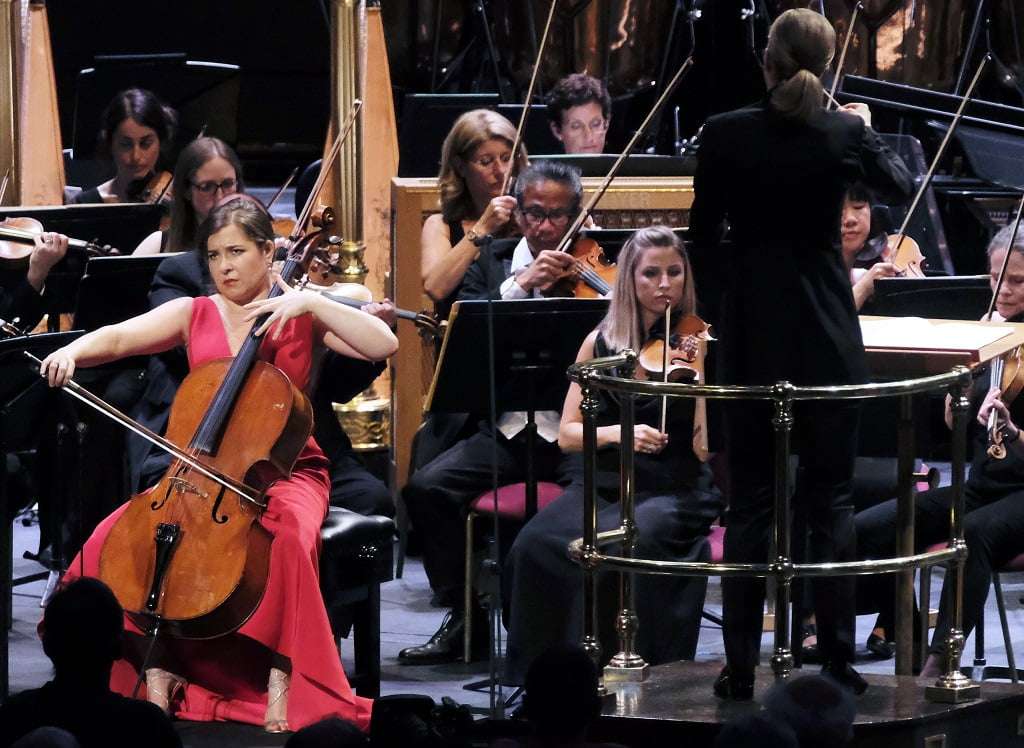 Weilerstein has been consistent in her advocacy of Shostakovich’s Cello Concertos. She recently gave an impressive reading of the Second at Birmingham’s Symphony Hall – then, as now, following up with a soulful take on the ‘Sarabande’ from J. S. Bach’s E-flat Suite (BWV1010), once again rendered at a challengingly spacious though by no means inflexible tempo which she effortlessly sustained.

Following the interval, another UK premiere from Andrew Norman, now in his late-thirties and well-established among the leading American composers of his generation: as might be gathered from Spiral (2018) being a Berliner Philharmoniker commission for Simon Rattle’s final concerts as music director. That said, the piece leaves a distinctly equivocal impression – primarily because it comes across as the opening stage from an ostensibly larger project curtailed by the requirements of that occasion. Thus the headily ascending crescendo of activity, a relatively fresh take on the Ligetian post-minimalist aesthetic so in vogue at present, left a feeling of wanting to evolve much further. Hopefully Norman will have the opportunity to do so.

Whatever else, it made for a diverting entrée into Rachmaninov’s Symphonic Dances (1940), his final and most exploratory work which only gradually insinuated itself into the repertoire. It has also become something of a calling-card for Canellakis, who had the measure of its alternately teasing and disquieting equivocation. Not least in the opening movement, whose vexed Non allegro marking risked no confusion given the steady but never sluggish tempo as was ably sustained throughout its lyrical central span, the alto saxophone melody plaintively rendered. The Tempo di Valse that follows was unerringly poised between sardonicism and suavity, its coda as if vanishing into the ether. The lengthy middle section of the Finale could have evinced greater emotional anguish, though, but Canellakis’s pacing was nothing if not exemplary, while her handling of the closing pages – the ‘Dies irae’ chant making its most baleful appearance in Rachmaninov’s music – saw things through to a scintillating conclusion; its resounding tam-tam stroke merging (not unreasonably) into effusive applause.

This was a finely conceived and unfailingly well-realised programme which played to its conductor’s strengths both as interpreter and executant. Canellakis becomes chief conductor of the Netherlands Radio Philharmonic from the 2019-20 season, which hopefully will not limit her appearances in the UK.