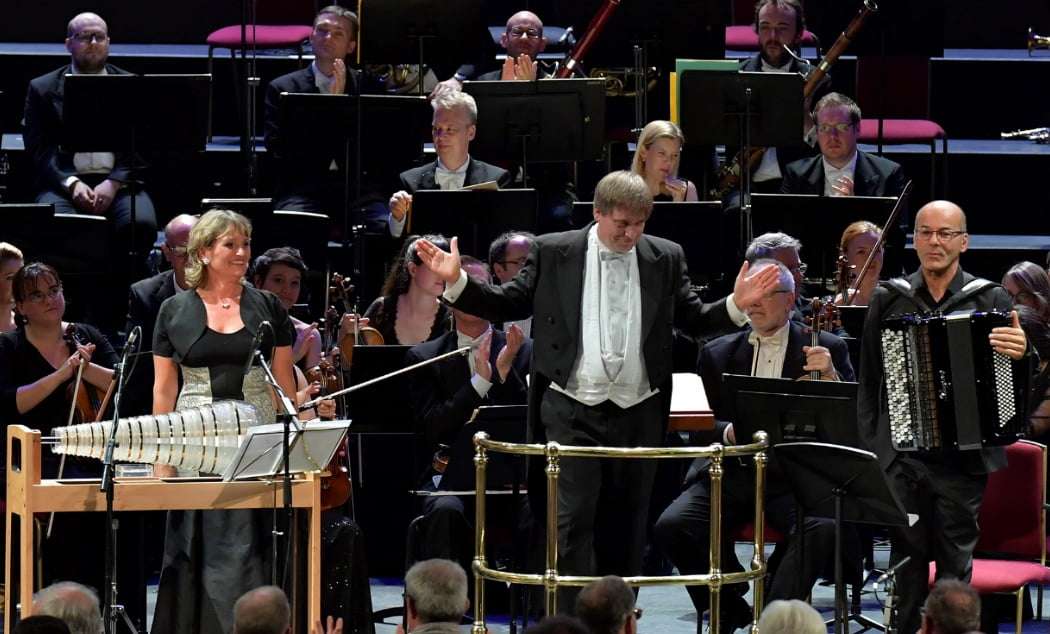 This intelligently devised and enthrallingly executed programme explored a metaphysical and otherworldly dimension as envisaged by a variety of north-European composers. John Storgårds conducted the BBC Philharmonic on that journey through music expressed with an increasing physical immediacy, culminating in the graphic and almost tangible battle between the abstract forces of good and evil depicted within Carl Nielsen’s Fifth Symphony.

The concert opened, however, with the ethereal world evoked by the glass harmonica in Jörg Widmann’s Armonica. Pierre Boulez conducted its premiere in Salzburg in January 2007 with the Vienna Philharmonic, and the concatenation of timbres which Widmann sculpts perhaps recalls a continuum of sonorities which the late French composer pioneered in his seminal composition Le marteau sans maître (even if Widmann did not intend the intrusion of a ringing phone within the first moments). The multiply-divided strings evoke the textural lavishness of some of Messiaen’s scores, but Widmann’s musical style is identifiably his own, though the unpitched conglomerations of sound might hark back to the tonal clusters of Penderecki’s earlier, radical compositions, if in a softer hue.

Storgårds conjured up this intergalactic atmosphere as a sequence pulsing into and out of life, threaded through with the sonorities of the glass harmonica and accordion artfully sustained by Christa Schönfeldinger and Teodoro Anzellotti respectively, and assisted by the percussionists adding specks of colour on celesta, vibraphone, crotales and glockenspiel.

Schumann’s Violin Concerto (1853) was his final orchestral work, composed whilst on the verge of mental collapse, but it bears witness to a musical personality still intact and articulating the inner workings of a profound and imaginative psychology. It made a good counterpart with Widmann’s work in that there are few explicit musical landmarks written into the Concerto’s structure. It unfolds more like a stream of consciousness, like a fantasia, and continues the more flexible form of a Concerto developed by Schumann in his earlier examples for piano and cello, though probably no composer adumbrated the internal machinations of the mind so effectively again until Debussy, or Fauré in his later phase. 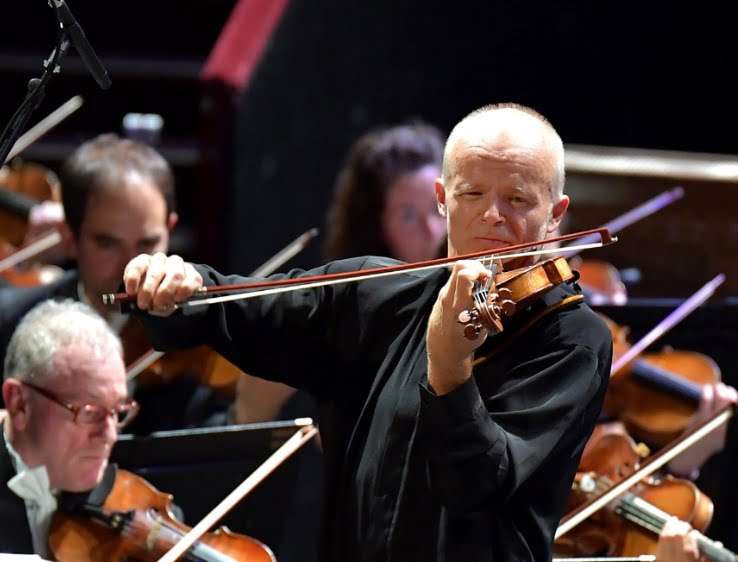 Thomas Zehetmair has been influential in the rehabilitation of this work (after suppression by Joseph Joachim and Clara Schumann) by assisting with the production of a new edition of the score. He advocates the use of swifter tempos, although this performance was measured and controlled, expressing the music’s inscrutable course with seamless long-drawn melodies where breaks in his bow strokes were hardly perceptible. Storgårds established an airiness and buoyancy from the start, rarely allowing the music to rise above mezzo-forte, but imbuing it with character and life. The translucent second subject of the first movement, overlaid with the violin and a horn, was particularly magical, as was the tenderly introverted section before the recapitulation. The greater liveliness of the obsessively-repeated Finale’s main theme was subtly handled by both conductor and soloist, not becoming trivialised, but retaining its vulnerable charm, and in between there was a slow movement of Brahmsian wistfulness, for which Zehetmair coaxed a sweeter tone from his instrument.

The storm painted in music by Sibelius in the Prelude from his incidental music for Shakespeare’s The Tempest is as much psychological as real, and comparable in effect to such tone-poems of his as Tapiola, which would also have fitted well into this Prom. The BBC Philharmonic traced a relentless course through Sibelius’s monolithic music, impressively sustained by Storgårds by his detailed conducting, though there was room for yet more elemental, craggy power.

Greater boldness came into its own for Nielsen 5 (completed in 1922) in which Storgårds delineated its structural contrasts and colours more vividly than in any of the preceding works. Though conceived by Nielsen in two broad movements, each comprises a multifarious progression through varied sections which Storgårds skilfully negotiated without any slackening of tension (though audience clapping between the two movements was particularly misplaced, breaking up the overall trajectory of the Symphony’s argument). He also attended to Nielsen’s wonderful sonorities, with especially beautiful washes of string sound – though certainly not allowed to become cloying – whilst the blazing brass at the climax of the Adagio section of the first movement recalled the Helios Overture, or that at the conclusion of the work was like an anticipation of Janáček’s Sinfonietta. 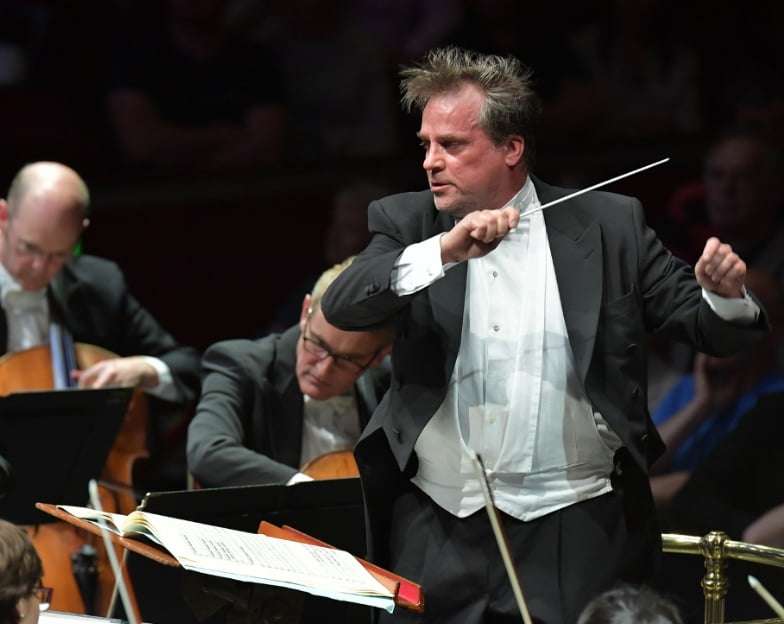 The vicious confrontation between the ranks of the orchestra in the maelstrom of the first movement was startlingly immediate with the hectoring side drum ricocheting off the far side of the Arena like a peal of bullets, though perhaps the confidence of the strains going on around that meant that the forces did not seem quite so unequally arrayed as implied by Nielsen’s notorious instruction to the percussionist to “improvise as though at all costs to stop the progress of the orchestra”.

Otherwise Storgårds’s conception of the Symphony was compelling and the BBC Philharmonic’s playing well-nigh impeccable; it was just a pity that, with the Royal Albert Hall only a little more than half full, there were not more people to appreciate this intriguing and expertly charted musical journey.