“John Wilson and his orchestra take us back to where it all began in a concert of classic songs and scores from the Warner Brothers studios. The programme features music by Korngold, Loewe and Steiner, including numbers from My Fair Lady and The Sea Hawk.” [BBC Proms website] 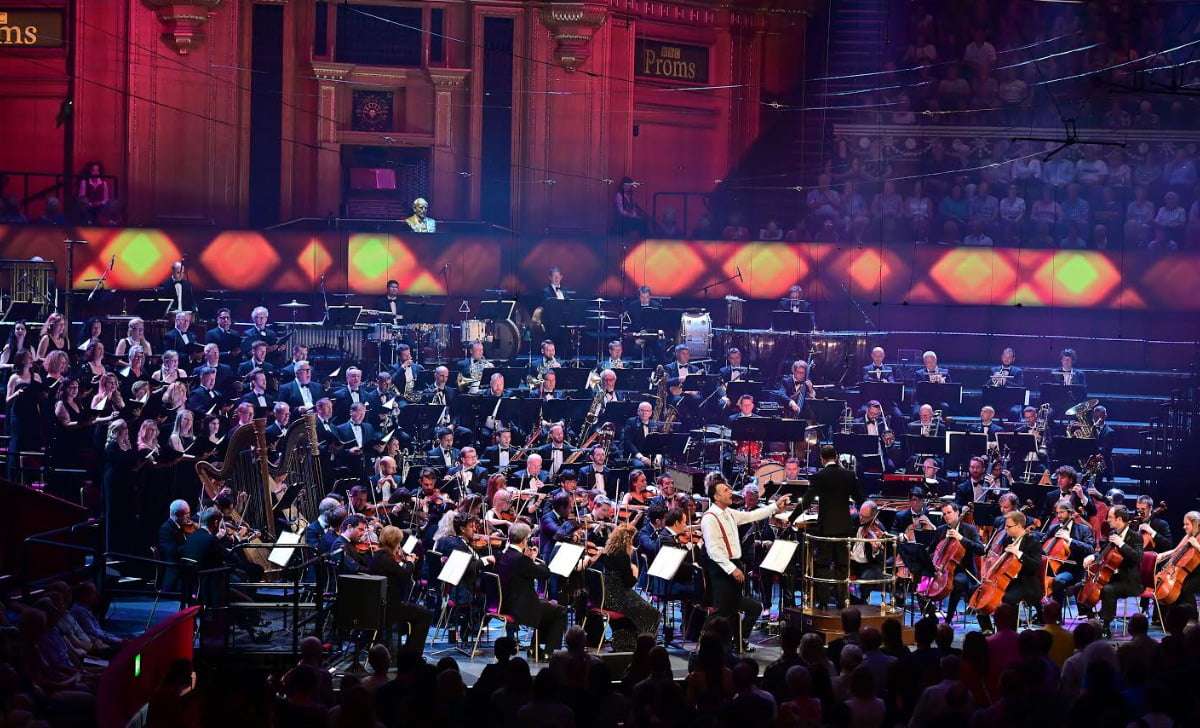 Whether or not it produced the finest movies of Hollywood’s Golden Age, Warner Brothers boasted an unmatchable roster of composers from which to draw at a time when lavishness, opulence and melodrama were the order of the day. From among his select corpus of sixteen film-scores, Erich Wolfgang Korngold certainly pulled out the stops in The Sea Hawk and not least its Overture – a succinct while unerring encapsulation of widescreen action which launched this latest Proms appearance by John Wilson and his Orchestra in appropriately swashbuckling fashion.

The programme continued with Harry Warren’s ‘We’re in the Money’, Louise Dearman laid on the irony in snazzy fashion before the title number from Sigmund Romberg’s The Desert Song brought a wistful contribution from Mikaela Bennett and Matt Ford. A selection from Max Steiner’s score for The Treasure of the Sierra Madre palpably conveyed the high-drama and dark comedy of John Huston’s enduring masterpiece, and then a medley from Dimitri Tiomkin’s The Old Man and the Sea proved closer to the spirit of Ernest Hemingway’s book than Frank Capra’s film. Ford proved uproarious in Meredith Willson’s ‘Seventy-Six Trombones’, but he seemed less attuned to the twilit moodiness of the title number from Harold Arlen’s Blues in the Night. Following the insinuating main title from Auntie Mame (Bronislaw Kaper), two songs from Harold Arlen’s A Star Is Born: Dearman led Ford and Patrick Smyth in the sassy ‘Gotta Have Me Go With You’, before she took centre-stage for the plaintive ‘The Man That Got Away’. Ford made for a plausible Alfred Doolittle in the perennial ‘Get Me To The Church On Time’.

The second half got off to a commanding start with Jule Styne’s Overture to Gypsy, the JWO in fine fettle, before Wilson’s own compilation from Steiner’s score to Now Voyager captured the pathos and heady emotion of a film in which script and imagery enhance each other to mesmeric effect. Urged on by the Maida Vale Singers, Dearman summoned the requisite panache for Sammy Fain’s ‘The Deadwood Stage’ that will always be synonymous with the late Doris Day, though Bennett was no slouch in this regard with her soulful take on Styne’s ‘It’s Magic’. What was billed as the main title from Alex North’s score to A Streetcar Named Desire proved an uncanny resumé of Elia Kazan’s smouldering psychodrama, Ford duly lightening the tone with the gentle pathos of Frederick Loewe’s ‘If I Would Ever Leave You’, then the infectious title number from Henry Mancini’s score for Days of Wine and Roses. The main programme reached its conclusion with ‘Tomorrow’, Korngold’s mini-cantata from a long-forgotten film The Constant Nymph, Kate Lindsey eloquently leading forth in a resplendent peroration. 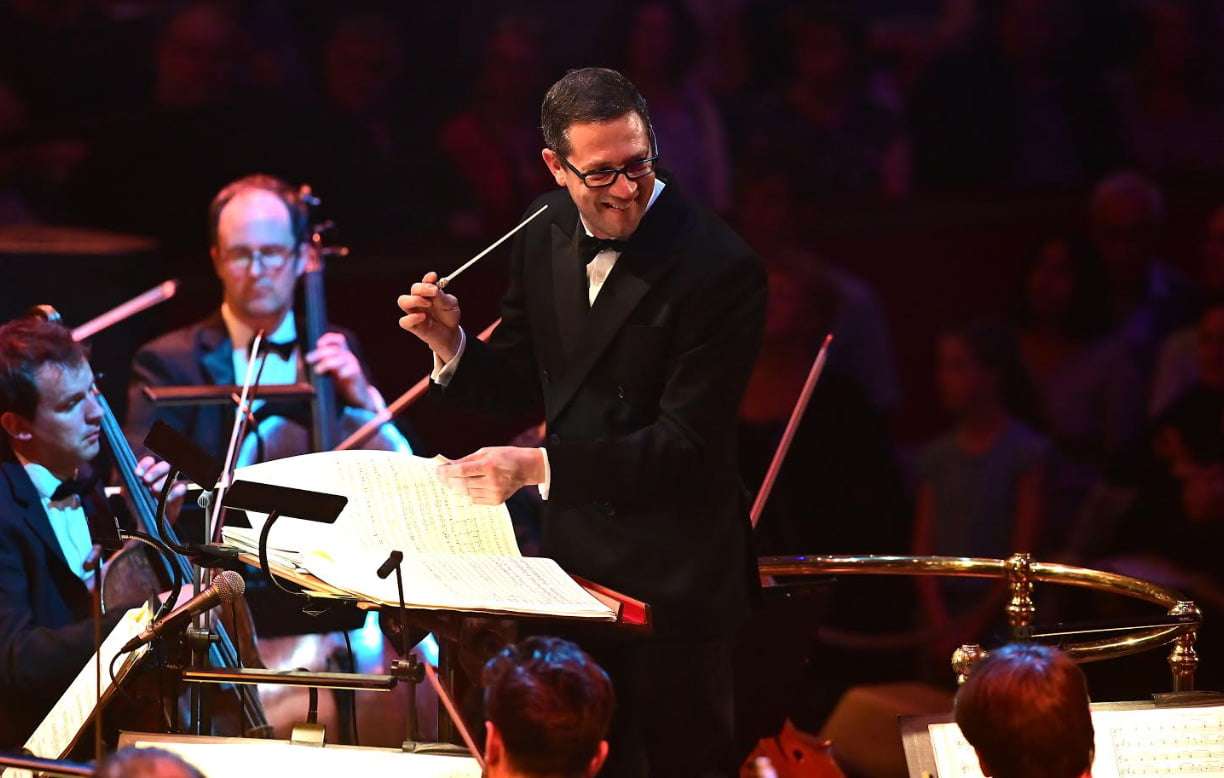 If not the most memorable or revelatory concert of the decade since the John Wilson Prom has become a staple of these concerts, this was a judicious and enjoyable selection – performed, as hardly needs stating, to the highest standards. For encores, Bennett returned for a mellifluous take on ‘I Could Have Danced All Night’, then Wilson allowed his impressive Orchestra its collective head for a breezy work-out on a medley from John Williams’s score to Harry Potter and The Philosopher’s Stone such as brought the present matinee to its animated close.

Playlist (composers first) (not edited for house-style):
Korngold: The Sea Hawk – overture
Warren/Dubin: Gold Diggers of 1933 – The Gold Diggers’ Song (We’re in the Money)
Romberg: The Desert Song – title song
Steiner: The Treasure of the Sierra Madre – suite
Tiomkin: The Old Man and the Sea – suite
Willson: The Music Man – Seventy-Six Trombones
Arlen/Mercer: Blues in the Night – title song
Kaper: Auntie Mame – main title
Arlen/I. Gershwin: A Star Is Born – Gotta Have Me Go With You; The Man That Got Away
Loewe/Lerner: My Fair Lady – Get Me to the Church on Time
Styne: Gypsy – overture
Steiner: Now, Voyager – Suite
Fain/Webster: Calamity Jane – The Deadwood Stage
Styne/Cahn: Romance on the High Seas – It’s Magic
North: A Streetcar Named Desire – main title
Loewe/Lerner: Camelot – If I Ever Would Leave You
Mancini/Mercer: Days of Wine and Roses – title song
Korngold: The Constant Nymph – Tomorrow, Op. 33