“The Proms celebrates the 200th anniversary of Queen Victoria’s birth with a glimpse into the monarch’s musical life. The programme features music by her favourite composer, Mendelssohn, including his lively ‘Scottish’ Symphony and First Piano Concerto, which will be performed by Stephen Hough on Victoria’s own piano, loaned by HM The Queen from the Royal Collection. The concert also includes a suite from Arthur Sullivan’s ballet Victoria and Merrie England, composed to celebrate the Queen’s Diamond Jubilee, as well as songs by Prince Albert.” [BBC Proms website] 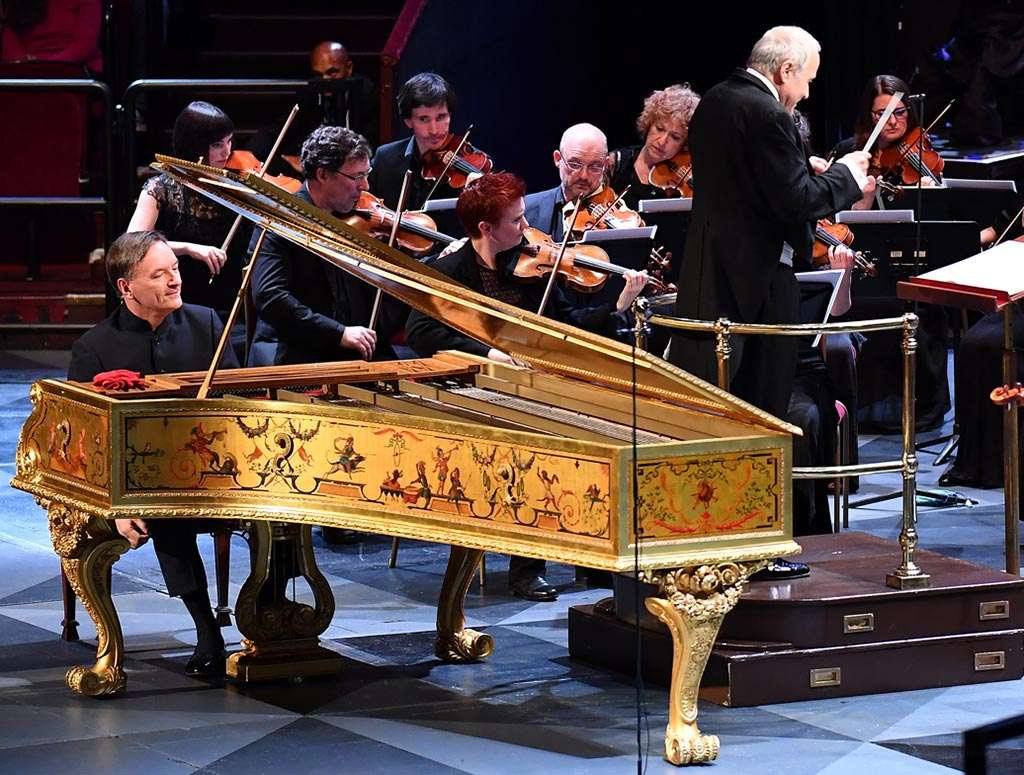 This Prom provided an ideal celebration for the bicentenary of Queen Victoria’s birth. A remarkable enhancement to Stephen Hough’s performance of Mendelssohn’s First Piano Concerto was the use of Victoria’s own piano. It’s in a perfect state of preservation. The case and lid were lavishly decorated by François Théodore Rochard (1798-1858); it was mentioned in 1839 that this ornamentation was already present on an instrument owned by the Queen and when in 1856 the French firm of Érard supplied this new piano, the previous decorations were transferred to it…

To see this instrument being used for a work by Queen Victoria’s favourite composer (and friend) Felix Mendelssohn was something of an experience. This Érard has an individual tone – weightier than that of a fortepiano although not so rounded as the sound of some mid-nineteenth-century instruments made by Broadwood. Hough fully exploited its clean action, achieving remarkable clarity in the rapid passagework. The vast space of the Royal Albert Hall created no great problem and the piano sounded perfectly balanced against the OAE. On reaching the quieter passage that follows the fiery opening it was clear that subtle dynamic contrasts could be made and this suited Hough’s sensitive shaping of the gentler moments; the Andante was particularly elegant. Hough’s speeds were generally swift and he generated much excitement in the Finale, every detail as clear as could be, and ended with a thrilling coda.

Hough then demonstrated his sensitive understanding of graceful music of the period when, as an encore, he gave an expressive interpretation of Chopin’s E-flat Nocturne, Opus 9/2. 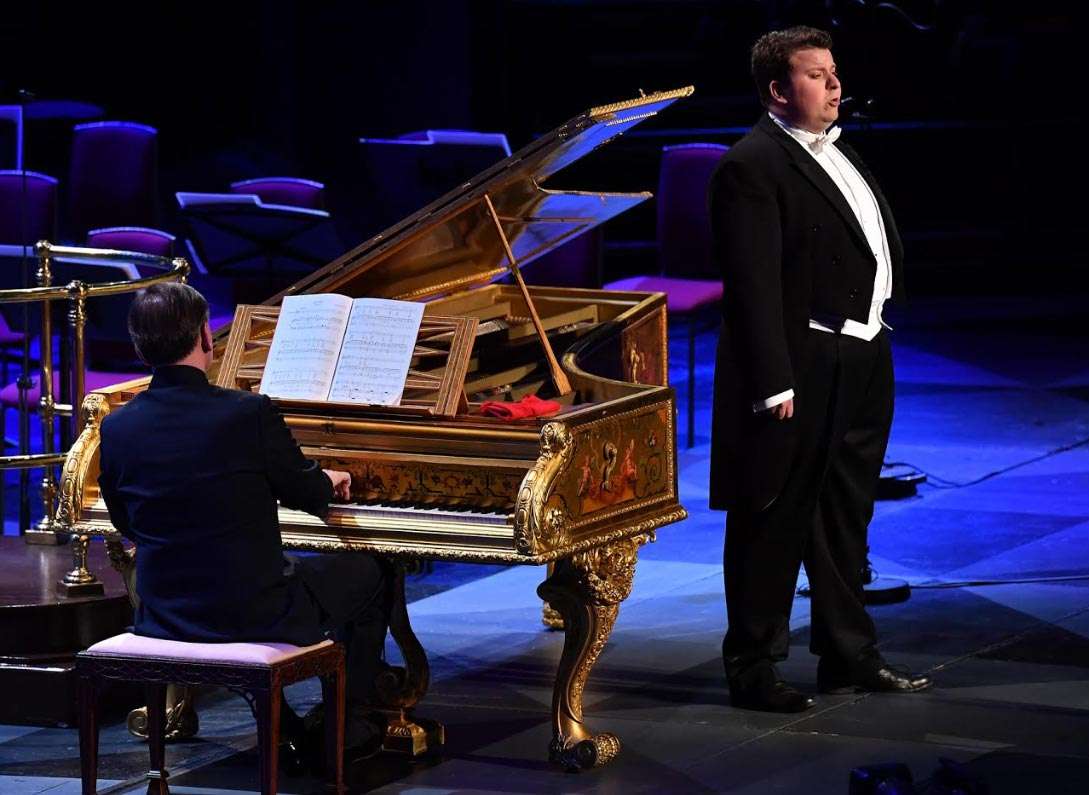 The first item in this celebratory concert was by Sir Arthur Sullivan whose music was admired by Victoria. He had already composed works for royal occasions, so warm approval was ensured when in 1897 he created a ballet to celebrate the Diamond Jubilee of the Queen’s reign. The Prince of Wales and other members of the Royal Family are known to have attended many performances of Victoria and Merrie England, which here was represented by the first of the three Suites that Sullivan arranged. The opening ‘Introduction’ and the following ‘Berceuse’ are serious in nature and notable for their rich scoring but the atmosphere was then lightened with the ‘Druid’s March’ – these must have been very cheerful Druids. Amid it all was a brief reference to Arne’s Rule Britannia and the tune of the ‘Mistletoe Dance’ would have been suited for use in any of the composer’s with-Gilbert operas. The final ‘May Day Festivities’ is full of high-spirited jollity, vividly represented in this lively performance.

Prince Albert was a skilled musician, a singer, pianist and organist and it was good to have five of his Lieder – “songs written by German-speaking composers of classical music.” For the first three Albert used texts by his father, Ernest of Saxe-Coburg and Gotha. They could be described as pastoral love-songs and the others – words by Goethe and Uhland are in the same mood. Accompanied by Hough, Alessandro Fisher’s light tenor was ideal for these tender settings, and his admirable diction enhanced the stylish phrasing. 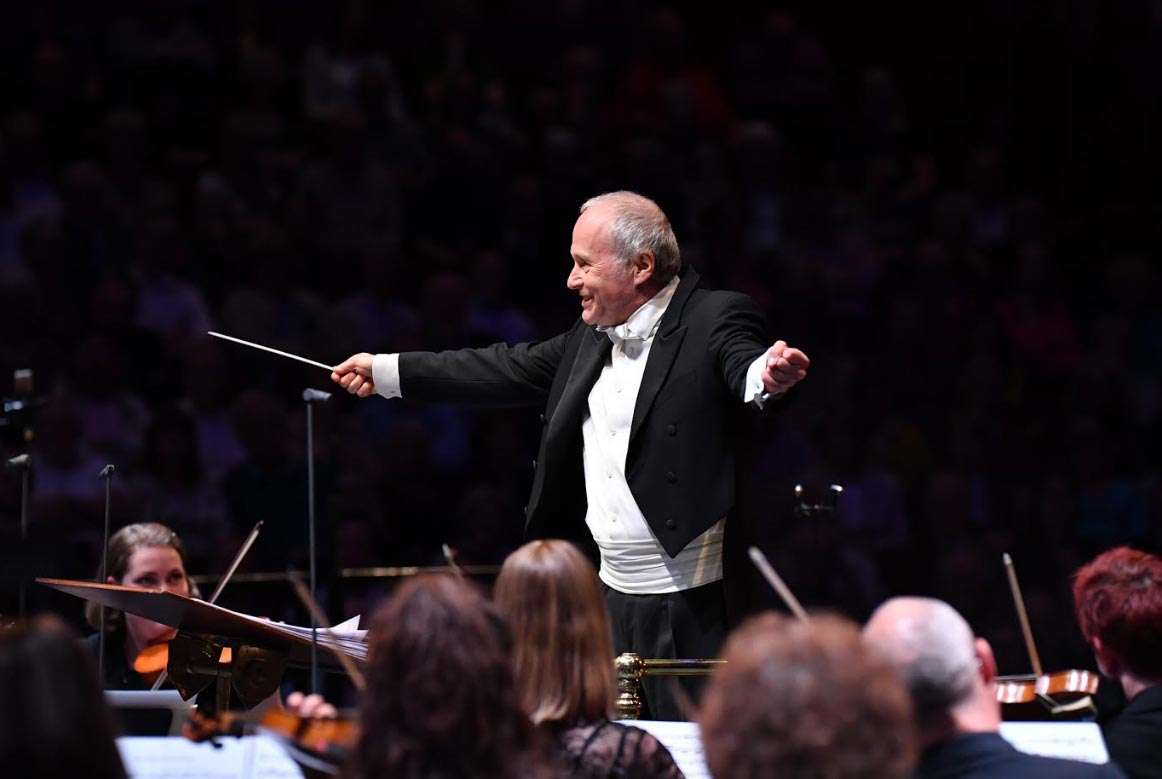 Mendelssohn’s ‘Scotch’ Symphony (so-called by the composer and all nineteenth-century publishers) sounded very interesting from the OAE’s instruments: there is no need for modern keyed brass and the horn-players have to change crooks only either side of the second movement. The unnecessary faster metronome marking at bar 99 gives a difficulty because, although there is no further tempo change for 414 further bars, the return to the exposition repeat at the original tempo has somehow to be accommodated. Ádám Fischer solved this by gradually slowing the lead-back to the da capo and thereafter subtly modified the tempo of every theme with respect to the speed at which each originally appeared.

In the Scherzo, the soft-toned strings allowed Antony Pay’s clarinet to stand out clearly, and quiet playing was a notable feature in Fischer’s generally swift interpretation, which meant that the interjections during the calm Andante made a dramatic impact. Driven firmly, the Finale led purposefully to the grand coda marked Allegro maestoso assai. Some have objected to the obvious stateliness of this conclusion and Otto Klemperer even re-wrote it (as captured by Bavarian Radio in a concert performance), but by sweeping into the closing section Fischer achieved just the right measure of nobility.