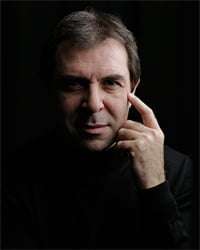 Although Daniele Gatti, Proms regular since 1995, directed a previous generation of the Gustav Mahler Jugendorchester on a tour in 1998, this was his first collaboration with the young musicians at the Royal Albert Hall. The ensemble’s London appearances are always an event. Sheer weight of numbers can make for impressive depth of sonority but, true to the priorities of its founder, Claudio Abbado, there is a special refinement too. The strings are the orchestra’s trump card. Here the copious violins were placed antiphonally, with cellos lined up at the rear and ten double basses located hard left. It was hard to credit the official age range of the players: 16 to 26. You wouldn’t hear better in Berlin or Vienna!

Most of the programme reflected the band’s traditional focus on Austro-German repertoire. In 2002, a bewitchingly beautiful Parsifal snippet was among Abbado’s encore items. More recently it is Gatti who has been making the opera his own, conducting it at Bayreuth (as he will do shortly at the Met) with a weightier tread and richer though always flexible string tone. A mobile phone solo delayed the start of the music-making and the BBC’s infamous lighting team had decided to complement Wagner’s fastidious sonic glow with a blotchy visualisation of reds and blues, but nothing could detract from a glorious twenty minutes. Even the capacity crowd was reasonably silent, awed by an approach too serious to be labelled merely sensual. The care-laden heaviness was there as well as a remarkable attention to expressive minutiae over the widest dynamic range. The sense of an inexorable journey was never compromised. As throughout, Gatti conducted without a score. All in all, the finest orchestral playing I have heard at the Proms this year – and the winds even improved during the evening.

After this sublime display, one of the 20th-century’s most eloquent violin concertos could hardly fail with one of its foremost interpreters. From the opening gesture on open strings to the sustained high G that ends the Berg, Frank Peter Zimmermann was technically impeccable, his sweet tone tightly focused (his instrument once belonged to Fritz Kreisler) if rather undersized for the hall. Any huskiness was self-conscious appliqué. With these players under this conductor the otherworldliness of the Bach funeral chorale was predictably ravishing and warm orchestral timbres compensated for what some might have heard as the soloist’s reluctance to emote. After stepping back literally into the string body, the work’s ultimate return to nothingness found him on top form for what he describes as “a moment of transcendence, where the soul is moving towards heaven.” Exquisite playing which, in line with recent Proms practice, was followed by an encore, the poised rocking Andante from J. S. Bach’s Sonata in A minor for unaccompanied violin.

Gatti launched the second half with the audience still in applaud mode, setting the extrovert mood for the so-called Suite from Der Rosenkavalier, a musical atrocity inexplicably popular with conductors who ought to know better. Usually attributed to Artur Rodziński, the potpourri takes us as far as the touching final duet of Octavian and Sophie only to kill the atmosphere with an ineffably vulgar reprise of the opera’s famous waltz. The confection was played to perfection here – that big sonority almost too much of a good thing at the start where hall resonance seemed to confuse things from my otherwise-excellent seat – but why bother with it at all? Perhaps so that the Ravel could provide a more-than-usually direct commentary on the doomed excesses of European civilisation. As its unstoppable whirling reached critical mass, Gatti, whose current duties embrace the music directorship of Orchestre National de France, elicited a positively frenzied response, riding roughshod over some traditional expressive niceties in favour of a lemming-like rush to the abyss. The conflagration was, for once not inappropriately, shadowed by a lurid orange-red light show.

And finally, an unexpected return to the Wagnerian high ground: a hushed, ecstatic account of the Prelude to Act Three of Die Meistersinger von Nürnberg.