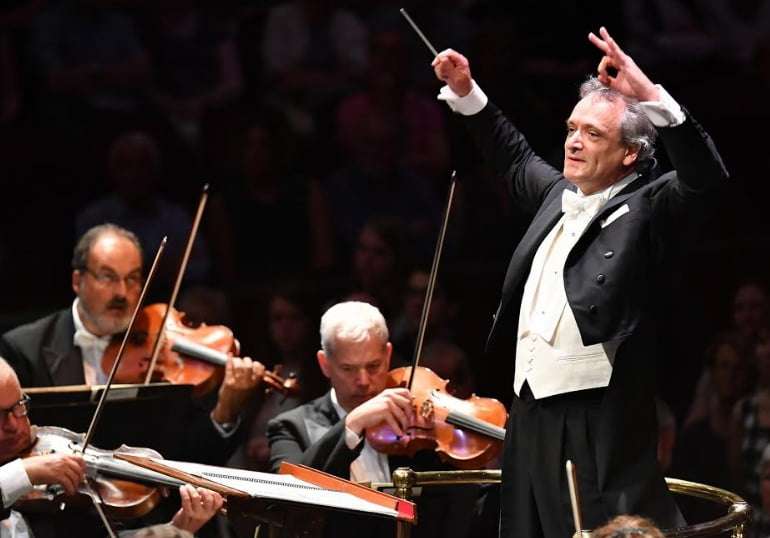 The early years of the present century were not kind to the Cincinnati Symphony, which in 1909 gave an untried Leopold Stokowski his first conducting post. The disappearance of the Telarc record label, the death of Cincinnati Pops supremo Erich Kunzel (2009), the departure of Paavo Järvi (2011) and, most intractably, an ongoing world-wide recession, led to a slimming down of numbers. Now, buoyed up by far-sighted patronage and a long-term relationship with Louis Langrée, music director since 2013, the ensemble is restored to its full complement of ninety tenured players.

This first appearance at the Proms was just one stop on an ambitious, three-week, eleven-concert circuit taking in six European countries. In October the orchestra will return to its own, newly renovated Music Hall. Meanwhile the team will have been gratified to find the Royal Albert Hall pretty full for a concerto-less programme of dissimilar halves. Probably most familiar to UK audiences from his time with Glyndebourne Touring Opera, Langrée is a more eclectic figure than his discography might suggest but still relatively low-profile. This tour might just help change that. 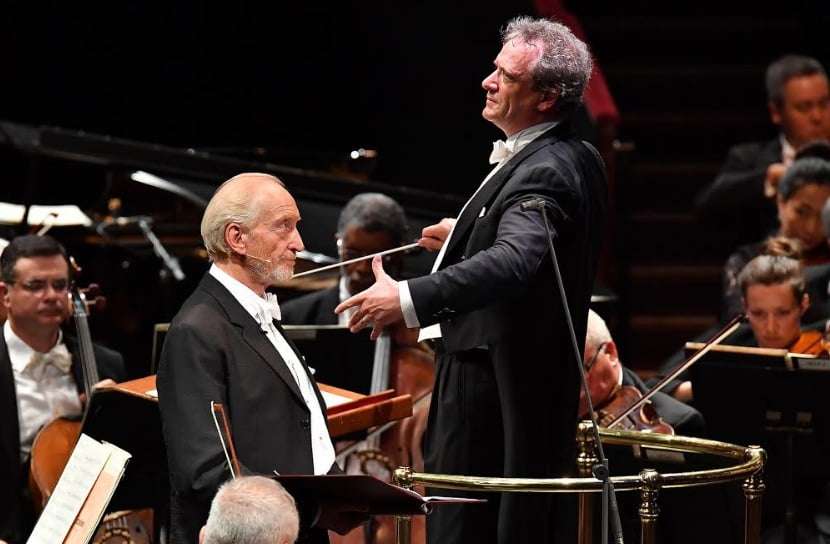 Before the interval came notably convincing accounts of two American classics. That Leonard Bernstein’s archetypal urban film music for On the Waterfront allows for differing interpretation is borne out by the composer’s own recordings: the New York version fast and furious, the Israel remake lingering over the love music while still packing a punch elsewhere. The French conductor tended to split the difference, eliciting sweet tone from his strings without underplaying the jagged thrust of dramatic passages, although what impressed most was the sophisticated crispness of the attack. There was some eloquent solo horn from Elizabeth Freimuth, performing both on and behind the stage, and a suitably percussive clamour at the close where Bernstein borrows as shamelessly as ever, this time from Richard Strauss’s Death and Transfiguration. Throughout the clarity and poise allowed unsuspected detail to register.

The programming of Copland’s Lincoln Portrait (written for the Cincinnati Symphony Orchestra in 1942) must have posed problems for the BBC from whom studious political neutrality is expected, not least online – “In a year in which America has inaugurated a new president, Copland’s Lincoln Portrait offers a musical homage to another.” There’s more to it than that, and this deliberately modest, even homespun reminder of the low-born sixteenth occupant of the post could scarcely have been more timely, its public rhetoric rebooted by events. No longer will managements consider engaging Alec Baldwin, an effective speaker of the text for Charles Dutoit and the Philadelphia Orchestra; he’s now too famous for lampooning the plutocratic forty-fifth incumbent on TV’s Saturday Night Live!

Works with a narrated element are always problematic, this one more than most. The narrator does not impersonate Lincoln but rather reads from his letters and speeches, the accompaniment intended less as a patriotic gesture than “a simple but impressive frame.” Setting the right tone is not easy and Lincoln’s words have been delivered by everyone from Gore Vidal to Margaret Thatcher. When Sir Patrick Stewart’s rumoured participation failed to materialise, another old RSC hand, the impeccably British Charles Dance, was pressed into service. Latterly most widely seen as Tywin Lannister in Game of Thrones, Dance wasn’t such obvious casting but as Copland avoids too much tub-thumping, the actor’s relatively conversational approach (like an insistent teacher with a Bostonian accent) was by no means out of place. No doubt he lacked the differently acquired authority of Maya Angelou, the protagonist on a recent Cincinnati own-label disc, or Neil Armstrong with whom some of the players will have collaborated in Kunzel’s day. The wonder is that so cosmic a Hall did not swamp more of the hopeful, heartfelt message “that this nation under God, shall have a new birth of freedom; and that government of the people, by the people, and for the people, shall not perish from the earth.” We caught most of it, the in-situ amplification functioning more successfully than in, say, John Wilson’s Oklahoma! But why was the full text not printed in the programme booklet? 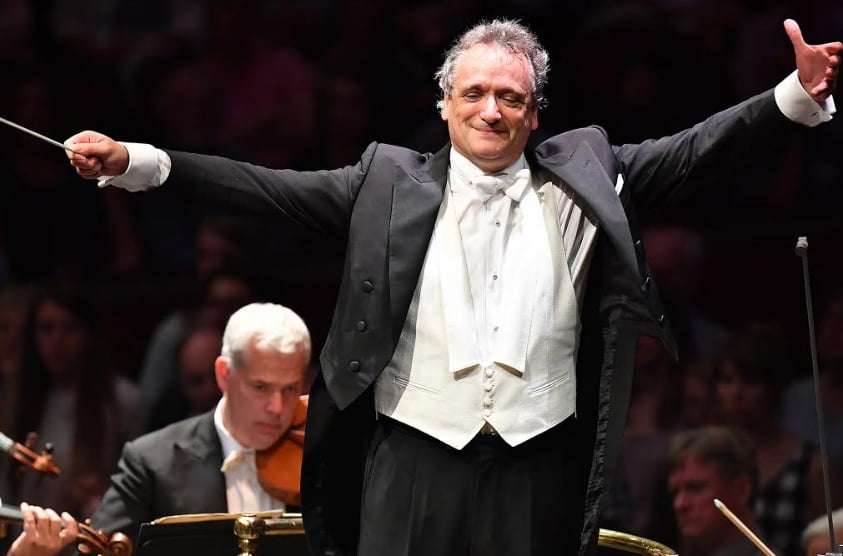 Part two brought us more routine fare, a capable and colourful Tchaikovsky Five, less raucous and less heavily personalised than that brought across the Atlantic by Manfred Honeck and the Pittsburgh Symphony in 2011. Langrée revitalised the Symphony’s inner life, balancing textures impeccably to allow woodwind detail to register. Only his slight tendency to labour transitional passages and section endings might have provoked some doubts. The first movement was appropriately weighty at the start, restless later on. Lower strings sounded surprisingly Russian in the slow movement; the third flowed nicely. Solo passages were invariably finely polished. The excellent programme note nailed the equivocal nature of the Finale as it finally “becomes exultant – or, rather, shows a desire to be exultant, which is not quite the same thing.”

The near-capacity crowd, though apparently afflicted with various bronchial illnesses, listened attentively and did not clap between movements … but then Langrée had wisely elected to press on. The orchestral seating continues to reflect Stokowski’s preference for massed violins to the left.

Responding to the ovation, additional musicians slipped onto the stage for an encore, more Bernstein, a driven, perfectly drilled Candide Overture, preserving for once a measure of its Gallic elegance.