Prokofiev
Cantata for the Twentieth Anniversary of the October Revolution, Op.74
Tchaikovsky
Piano Concerto No.3 in E-flat, Op.75
Shostakovich
Symphony No.5 in D-minor, Op.47 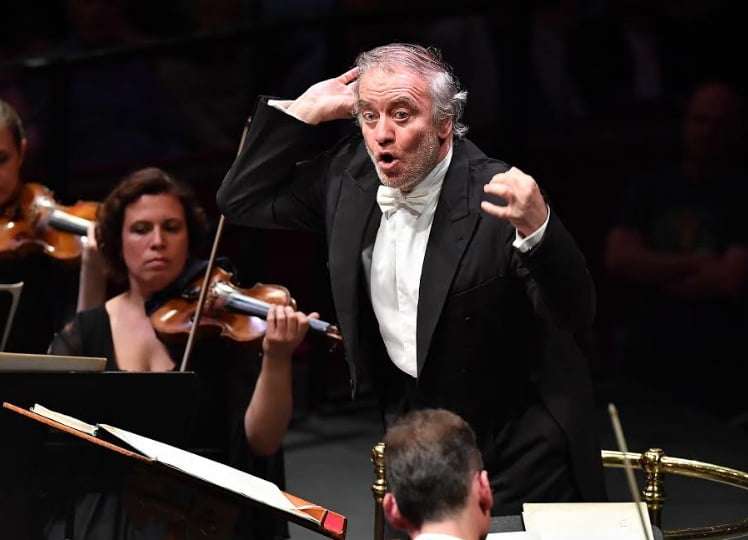 On paper this Prom seemed designed to explore aspects of Communist Russia’s musical legacy, its big components being conceived in the menacing context of Stalin’s Great Terror. In the event as many as three encores boosted the divertissement element indicated by the presence of the Tchaikovsky.

First up was the Cantata for the Twentieth Anniversary of the October Revolution. Set against Shostakovich’s brand of symphonic accessibility, Prokofiev’s populism feels here positively anarchic but there are problems. What to do with such a piece when the results so directly represent a submission to and celebration of unpalatable politics? True, Prokofiev’s freewheeling pièce d’occasion bombed with officialdom. Even when rehabilitated and recorded in the mid-1960s, the Cantata could not be played complete because of its setting of texts by the now anathematised Stalin. Musicologist Richard Taruskin has argued that we in the West should also in effect “ban” performances in the light of the score’s dodgy ideological moorings. I don’t agree. That said, Valery Gergiev’s gloss on Cardiff’s upcoming Russia 17 festival demonstrates the kind of evasion necessary when one takes the opposing view: “The Centenary of the Russian Revolution is a time for reflection and the arts provide an ideal vehicle to explore this momentous historical event.” 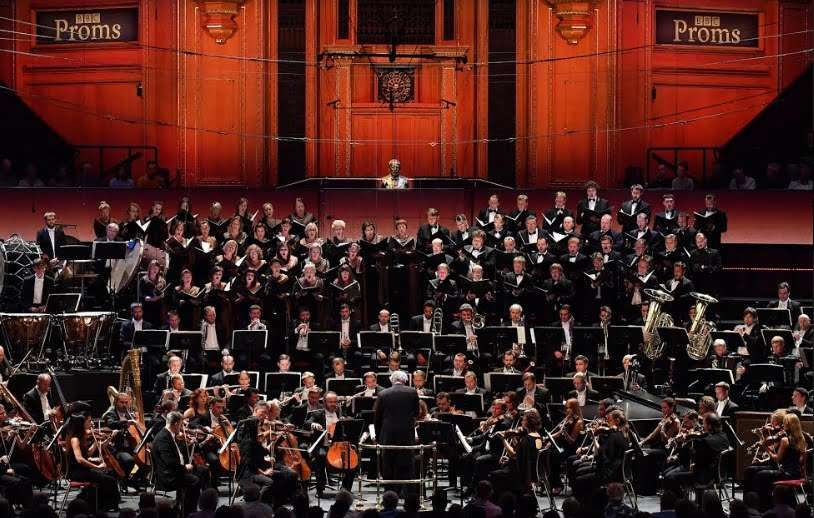 This (second) Proms rendition was not Gergiev’s first over here – in 2007 he gave the Cantata an airing at the Barbican with the LSO and friends including Mariinsky chorus members. It is the sort of poster-painted novelty in which he excels in part because he isn’t troubled by the moral incongruities. Indeed, the music is probably best appreciated as a slightly overlong romp, the texts no obstacle to characterful melodic writing. As well as experimenting with unexpected sonorities Prokofiev tries out some of the longer-breathed themes and raucous cadences characteristic of his later, more obviously practical Soviet masterpieces.

The programme booklet provided a helpful annotation by Gerard McBurney (who himself impersonated Lenin when Mark Elder introduced the Cantata to the Proms in 1988) and there were full texts. Less plausible was the short biography of the composer, a lop-sided piece of American revisionism besotted with the sub-standard work he undertook in the West. As Prokofiev’s most ardent champion since Gennadi Rozhdestvensky, Gergiev might have had something to say about that had he stopped for long enough to read it. The Cantata may not be great music but was worth reviving in this of all years, a Revolutionary sock-’em-between-the-eyes mix of 1920s’ agitprop and cinematic pattern music which throws in three accordions, sirens, marching feet and the voice of Lenin delivered through a megaphone. Disappointingly, his words were delivered by a member of the choir (Sergey Melenevsky) without electronic trickery, the realisation generally perhaps slightly lacking sheer weight of numbers. 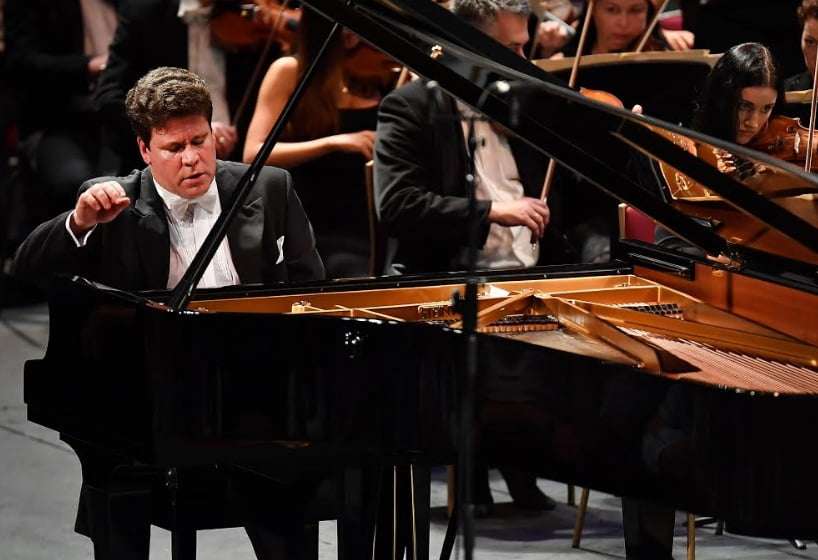 A “gun for hire” with little interest in anything beyond work, Prokofiev took time to hit his stride as a Soviet composer. Shostakovich understood the demands only too well. His Fifth Symphony is couched in the superficially cautious ‘official’ idiom through which he found the means to survive and prosper yet which manages to communicate emotional truths that cannot be faked. The miracle is that the music did not sound more ‘phoned in’ on this occasion. Towards the end of a long night, Gergiev, now brandishing his fluttering toothpick, favoured generally fleet tempos without maximal attack. Mstislav Rostropovich discerned an altogether heavier atmosphere, the politics laid on with a trowel. In truth Gergiev’s interpretation was more cogent. There were some moments of imprecision – any available rehearsal time will have been expended elsewhere – and real atmosphere too. The near-capacity crowd was generally silent and no one felt emboldened to clap between movements. That Liadov’s Baba-Yaga was appended as a brilliant encore came as less of a surprise after the extra items stuffed into the middle of this Soviet sandwich.

Officially we were to be offered the torso that is Tchaikovsky’s Third Piano Concerto. Gergiev and his regular (and thunderous) collaborator Denis Matsuev could not make it sound more than a might-have-been, its outsize cadenza seeming interminable, but this was high-octane music-making, dashing, big and bold. And fun. Matsuev’s larger-than-life physical presence did not preclude some surprisingly sensitive episodes and his finesse as well as his high-speed virtuosity were on display in the two encores. The first, announced gruffly and dispatched at speed was Lutosławski’s wartime Variations on a Theme by Paganini as rearranged for piano and orchestra in 1978. The second, for the pianist alone, was a rendition of Liadov’s Musical Snuff Box. While Matsuev doesn’t allow the mechanism to slow down as enchantingly as Mikhail Pletnev used to, his was, all told, a spectacular display.

The background lighting for the platform edge and organ console, for once appropriate, was red throughout.