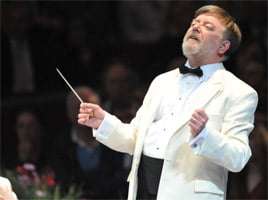 One thing that the Percy Grainger suite made clear was the revelation, yet again, of the superhuman virtuosity of Edward Elgar’s and Richard Strauss’s orchestrations. This isn’t brilliance for brilliance’s sake, it’s a gift from the composers to the musicians who in turn gift it to the audience. For the listener there is that certainty and wonder that they both heard in their mind’s ear every note, every colour and effect, which the BBC Symphony Orchestra players were audibly relishing, giving of their best to former Chief Conductor Sir Andrew Davis. 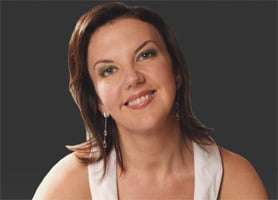 Davis and Tasmin Little both understand how Elgar’s Violin Concerto leaks in and out of bluff symphonic splendour and extremes of no-entry privacy (they have recently recorded the work). Little’s exquisitely judged first entry, succinctly reminding us that this is a concerto, set the tone of a performance of immense discretion, a dialogue bursting with nuanced volatility. She really had the measure of how Elgar’s music has to guard against the siren-like call of reticence, of being in one place but strongly desiring another. Little’s relationship with the orchestra made the first movement almost too intense, just about sustaining a flickering connection as the violinist gets lost in the music’s world of allusion and secrets. The slow movement was more of a romantic interlude than an eventual idealising of the two themes, and didn’t quite get the feeling of taking stock of the first movement. In the finale, though, Little was fully at the disposal of Elgar’s ‘enshrined soul’, going further and further into the mysteries of the cadenza, with her concluding flourish raising still more questions. This was a performance to treasure for the way Little and Davis suggested the music to the audience rather than led them, and underneath Little’s velvety, sweet tone and spacious approach there was a steely sense of purpose. Before the concerto, the BBC Singers performed one of Elgar’s part-songs, There is Sweet Music, a setting from Tennyson’s The Lotos-Eaters, a minefield of rhythmic and harmonic ambiguity suggesting Britten or Debussy and sung with a sensuous, time-slowing magic.

The BBC Singers also opened the second half of this Prom, with Percy Grainger’s setting of the aka ‘Londonderry Air’ (even more aka ‘Danny Boy’), using nonsense syllables, a bracing, almost Hollywood-style celebration of the famous folk-tune, followed by the first Proms performance of his In a Nutshell. The boundless energy of the first piece, ‘Arrival Platform Humlet’ (a small hum to be hummed as you wait at the railway station for the arrival of a sweetheart) was impressive and played with terrific panache, but it was the ‘Pastoral’, a nature idyll that goes badly wrong, that might have caused those with a resistance to Grainger’s perky brand of high spirits to reconsider. High spirits of a much more acerbic nature were out in force for a thrilling performance of Till Eulenspiegel, with the orchestra hurling the music around with dizzy virtuosity. One moment it was Falstaffian, the next like a cartoon, kept on a short leash by Andrew Davis’s precision conducting and lively wit.