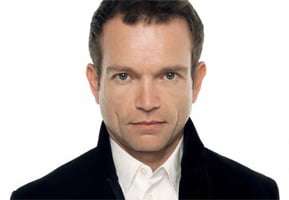 There were two principal aims to this highly attractive lunchtime recital from Les Talens Lyriques and its artistic director Christophe Rousset – to bring forward a lesser light from the French Baroque in Michel Pignolet de Montéclair, and to highlight a brief period in the country’s musical history where the imitation of the music of Italy, in particular that of Corelli, was a prominent feature. Such was the case in the fourth piece of François Couperin’s Les nations (1726), in which the composer looks to directly integrate the musical ideals of both countries. As such the music carried a solemn elegance, particularly in its Gravement passages, with the ‘Courantes’ beautifully aligned.

This was a stylish performance from the six players of Les Talens Lyriques, who were arranged with violins and flutes sat alternately, helping the mix of treble sound, with viola da gamba and harpsichord naturally sat together to provide the harmonic foundations. The flutes had a rounded, mellow sound, beautiful to the ear but easy to lose in a quiet dynamic, while the violins were bright and nicely ornamented. Communication between the players was keen, and though they had to re-tune a considerable amount between pieces their intonation was beyond reproach. They were joined by Eugénie Warnier for two tragedy-themed vocal works, the first being Lully’s depiction of Armida losing her love Rinaldo. Warnier sang the lower range especially well, shaping her phrases and using vibrato carefully and becoming particularly earnest in the recitative passages. The chromatic bass line from Isabelle Saint-Yves and Rousset helped to preserve a distinctly uneasy energy.

Rameau’s Pièces de clavecin en concerts are early harbingers of the piano concerto, the harpsichord taking greater prominence, its accompanying forces slimmed down to flute, violin and viola da gamba. Emphasising the link with its three-movement structure, the first suite had a programmatic function, depicting a Persian warrior king and two French villages. The king, ‘La coulicam’, had some dramatic music indeed, the harpsichordist executing tumbling descents and stammered repeating notes. ‘Le vézinet’, a country retreat, also had a busy keyboard part, rendered with some athleticism by Rousset, while the mellow tones of ‘La livri’ taxed the lower range of Jocelyn Daubigney’s flute and were only just audible.

Montéclair’s cantata is careful to balance Lucretia’s death with a closing verse celebrating her character, and despite its chamber-music confines is a piece of dramatic writing capable of transferring to the stage. Warnier showed excellent control in the recitatives, where Rousset offered a more frenzied, almost percussive accompaniment. The emotive highpoint, however, was the death itself – with Warnier thin in tone and faltering in pitch, conveying Lucretia’s last breath with startling reality. The ensemble, restored to its full complement, made the most of Montéclair’s pictorial score, with a flurry of violin semiquavers at the start and, in a quieter passage, the intricate flute lines interweaving in response to the text “let myrtles surround”.

These colourful and strongly characterised performances reminded of the riches of French music from the Baroque period, even when trying to emulate the music of another country!