Vaughan Williams
Fantasia on a Theme by Thomas Tallis
Job – A Masque for Dancing
Serenade to Music
Symphony No.9 in E minor 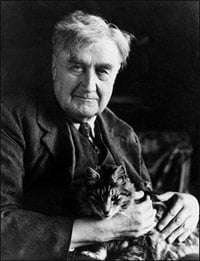 Musically speaking the climax of Ralph Vaughan Williams’s anniversary year came in June with Richard Hickox’s revival of “The Pilgrim’s Progress” … or more precisely Roderick Williams’s sensational performance in the title role. Even so, this sell-out Prom (given 50 years to the day since Vaughan Williams died) represented another high-point and ipso facto another marker in our ongoing re-evaluation of the composer. This is currently taking several forms. Tony Palmer’s sprawling documentary has conditioned us to view Vaughan Williams as a pessimistic doom-monger obsessed by War. Michael Kennedy wrote in response of the composer’s admiration for Disney and his positive attitude to the hustle and bustle of city life. John Bridcut’s recent television feature gave us (in suitably sensitive fashion) Vaughan Williams the sex god, as if making Ursula pregnant out of wedlock might make his music seem more exciting.

Other commentators see the composer’s socialism in a similar light. Here after all was a man who believed absolutely in equality of opportunity and that music was part of the birthright of every individual. There is also the question of faith – or the lack of it. If there is still an aesthetic difficulty it may be the one pinpointed by a celebrated 1950s’ record guide: “The biggest name in contemporary English music … Vaughan Williams is now a solitary figure, for his influence has served but to produce a steady trickle of pentatonic wish-wash. In this form British music is demonstratively less vulgar than the bad music of other countries, but it is more soporific, more negative.” 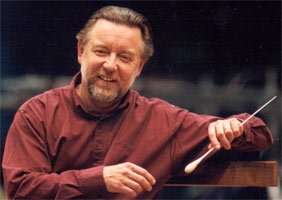 Sir Andrew Davis, Conductor Laureate of the BBC Symphony Orchestra, is of course an old hand with this composer and it helps that he doesn’t do soporific. More even than Pierre Boulez, Davis may be relied upon to coax top-notch playing from a sometimes-jaded band. The downside is that the results can feel a tad lightweight.

To open this concert – given 50 years to the day since Vaughan Williams’s passing – the rich, string-dominated textures of Fantasia on a Theme by Thomas Tallis suited the Royal Albert Hall well enough. Alas, the ageing audience took a long time to settle, ruining both ends of the piece with unconstrained displays of a mysterious bronchial affliction. On the podium, Sir Andrew eschewed the particular wrenching fervour of Sir John Barbirolli’s famous 1960s’ LP, remaining always fluent, faithful to the line as notated and hence no doubt disappointing a few.

Job, first staged by Ninette de Valois, encapsulates the Vaughan Williams ‘problem’ in the way its climactic passage of Satan’s banishment is brought down to earth by the rum-ti-tum of the ‘Galliard of the Sons of the Morning’. It cannot be said that Davis found a way to synthesise events into a convincing whole but that might be the composer’s fault. This is after all a ballet, not that we are given many opportunities to experience it as such. Does anyone know why? Notwithstanding the sensational and dominating contribution of the Royal Albert Hall organ, the music tended to move swiftly and brightly. A little more space and spirituality might have opened up other vistas: this extrovert take evoked memories of Stravinsky and Holst making Job a virtual concerto for orchestra. Leader Stephen Bryant was admirable in ‘Elihu’s Dance of Youth and Beauty’, the evening’s most overt incursion onto ‘Lark Ascending’ territory. My own engagement was impaired by the high-pitched whine of a nearby hearing aid, audible to everyone as Davis tailored the exquisite final fade-out. At least Vaughan Williams enjoys the sort of following that knows not to applaud between sections. 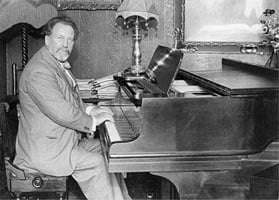 “Serenade to Music” was auspiciously written for sixteen British singers of the day to premiere with Sir Henry Wood. The current cohort performed admirably yet a tad anonymously, lacking the idiosyncrasies of tone and address associated with (CD transfers of) Wood’s 78s. In the 1994 Proms season it was Davis himself who directed a comparably distinguished group of soloists. It was not the star power that was lacking this time so much as a smooth vocal blend. There was distinguished work from two of the baritones, Mark Stone and George von Bergen. Elsewhere less-than-idiomatic vibrato sounded an intrusive note.

While no one seems quite sure what Vaughan Williams ‘meant’ by his last symphony, its problems have been exaggerated. As with Shostakovich we can decide for ourselves whether that final sax-tinted swell (the instrument featured in both halves of this programme) is transcendentally positive, neutral and accepting or merely baleful. Many interpreters make its two-part writing sound threadbare and overstuffed at the same time. Not so here. Indeed it was this rarely exhumed, strangely coloured score that finally stilled the capacity crowd, compelling rapt attention. Davis conducted with more insight and sensitivity than in his commercial recording.

Like Stokowski in his US premiere account, available on the Cala label, the conductor took much of the first movement at a whirlwind tempo, the aim clearly to give the music a continuity it is sometimes felt to lack. At the same time the uncertain pastoral reveries which the composer permits himself both here and in the slow movement have rarely sounded more poignant. The scherzo was expertly dispatched with its skirling trio of saxophones well to the fore (another Stokowski touch?). Even Davis could do little with the first part of the finale, oddly direction-less invention this, but the argument grew with the “positive constructive power” highlighted by Calum MacDonald’s enthusiastic programme note. The closing bars were ideally placed and weighted by conductor and orchestra. Prolonged silence thereafter, followed by a heartfelt ovation. Finally came applause for the printed music, held triumphantly aloft by the maestro: his BBC years look increasingly like a golden age.

Avant-garde enthusiasts and their academic cronies will scoff but this was a revelatory reading that will surely have won a difficult piece new friends. There was an intrusive camera boom and some questionable lighting effects but when music-making is as compelling as this the incidentals cease to matter. Do catch the BBC2 broadcast (on Saturday 30 August at 7.05 p.m. albeit without Job!) if you care about the nation’s music as much as its sporting prowess.