Schubert
Symphony No.5 in B flat
Bruckner
Symphony No.4 in E flat (Romantic) [1878/80 Version, edited Nowak] 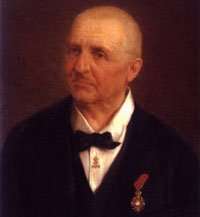 Despite the best efforts of one union to bring London Underground to a complete halt by staging a three-day strike, an enthusiastic capacity audience greeted the Vienna Philharmonic. There is a special frisson to this orchestra’s Bruckner and it is a curious fact that although it has made superb recordings of the symphonies with many great conductors, there has never been a VPO Bruckner cycle with any one of them.

Notwithstanding the programme listing the “original version, 1874”, the edition played here of the ‘Romantic’ Symphony was the 1878/80 revision as edited by Nowak. (There’s a further revision from 1886, which Nowak also edited.)

But in the case of Bruckner 4 what is really important is less the version – even if it’s the ‘corrupt’ one by Schalk and Löwe – than the conviction with which it is performed. Because Bruckner symphonies tend to start with a string tremolo it is sometimes said that he wrote the same symphony many times but nothing could be further from the truth, each having a quite distinct atmosphere. In the case of the Fourth its magical opening could be likened to the distantly-heard humming of a thousand insects in an alpine meadow.

Under Barenboim even before the opening horn call (gloriously played here by Wolfgang Tömbock) one immediately sensed the instinctive rightness of the Vienna Philharmonic’s string sound, warm, balanced and gemütlich as the symphony was breathed effortlessly into life. Like Furtwängler, Barenboim’s Bruckner style encompasses a certain fluidity – there is nothing marmoreal about it – and like Furtwängler he never loses the music’s thread. Whatever the tempo, one has the illusion of moving constantly forward, of the sound continuing through the silences, the joins treated as an integral part of the structure rather than as a problem to be overcome.

With an orchestra such as the Vienna Philharmonic there has to be a basic musical empathy between orchestra and conductor. Of course, this is true of any orchestra/conductor relationship but in the case of the Philharmonic it has its own very distinctive sound and style which any conductor tampers with at his peril. The Philharmonic on auto-pilot under a conductor with whom it is out of sympathy can be gruesome. The upside of this though is that where there is that basic musical concord – one thinks of Jochum or Böhm – the musicians give their all and the results can be enthralling.

They were on this occasion. Memorable moments abounded – the extraordinary hush at the beginning of the first movement’s coda, the supremely eloquent viola threnody in the slow movement, the absolute physicality unleashed by the wide-bore horns in the ‘hunting’ scherzo, here treated very flexibly, and above all the completely seamless ascent to the finale’s culmination. 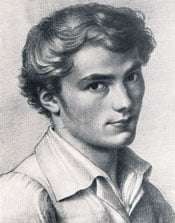 Undoubtedly there were a few slips along the way – some occasional slightly imperfect wind-tuning and the odd slip from the trumpets – but how much there was that was right, especially Barenboim’s intuitive ability to find the right pulse in all four movements, in the wealth of inner detail revealed and in the precisely observed dynamics.

The Schubert symphony made for an agreeable opener, nimble in the first movement despite the larger than normal forces, delicate in the slow movement but rather soft-grained in the Allegro molto ‘Menuet’ and slightly too laid-back in the finale where a greater degree of precision would have been welcome. Schubert’s Second Symphony would have made for a far more exhilarating opener whereas by the end the Fifth had rather lost the audience, agreeable though it undoubtedly was.

However, the Bruckner was very much the evening’s main business and one doubts that anyone who was fortunate enough to be there will forget it in a very long time. Well worth the walk home, if only to come down off cloud nine.