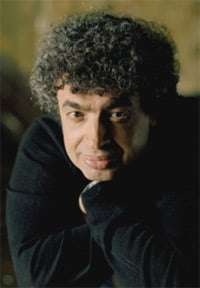 The high-profile opening weekend of this year’s BBC Proms may be over, but there was no sign of a falling-off of attendance judging by the near-capacity house for the WDR Symphony Orchestra – formerly known as the Cologne Radio Symphony and making its first appearance at these concerts since 1977. In what was to be his last engagement with this ensemble as its Chief Conductor, Semyon Bychkov directed a sizable programme that included a demanding recent work by the veteran polymath Gunther Schuller. 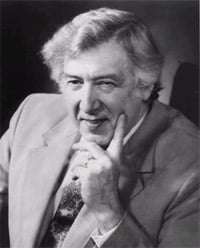 Completed in 2006 as a commission for the Boston Symphony Orchestra’s 125th-anniversary, but premiered only 18 months ago under James Levine, Where the Word Ends might be termed a ‘symphonic fantasia’ – moving as it does from an initial Lento that unfolds as a crescendo of texture and dynamics, via a sustained Adagio of evidently Mahlerian import and which itself encloses a hard-hitting scherzo with a more rhapsodic, even impressionistic trio, to an Allegro vivace infusing the initial music with an overtly thematic profile; while making clear Schuller’s credentials as a pioneer of the ‘third stream’ fusion of jazz and classical elements in the process.

Lasting 25 minutes, this is an ambitious ‘statement of intent’ by a musician whose in-depth versatility has been woefully under-acknowledged on this side of the Atlantic. Certainly the WDR forces had the measure of its alluring sonic density, while ensuring that the rhythmically incisive sections evinced a big-band ‘swing’ typical of Schuller’s effortless moving between genres. A pity that the composer (85 this year) was not able to attend the performance, but if it encourages greater appreciation of his work – as well as that of the whole symphonic jazz tradition in general – then so much the better.

The Schuller rounded off a lengthy first half that opened with the Prelude to Wagner’s “Lohengrin”, its waves of Palestrina-like polyphony emerging with unfailing clarity at a relatively lithe tempo typical of Bychkov’s approach in his much-lauded recording of the complete opera (on the Profil Hänssler label). 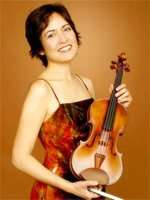 After which, Mendelssohn’s E minor Violin Concerto (played in the composer’s customary revision) brought a return to the Proms for Viviane Hagner – best-known as an advocate of contemporary music, but whose prowess in the standard repertoire is not to be gainsaid. Certainly her light though flexible and finely projected tone was well-suited to the requirements of this most Classically poised of Romantic concertos – whether in the cadenza that pivots deftly between development and reprise of the first movement, the expressiveness of the slow movement’s central section or the spirited repartee between violin and orchestra in the finale.

Schuller’s Where the Word Ends was originally written for a concert-programme that featured Ravel’s Daphnis et Chlöe (but postponed by Levine for a different context), its instrumentation (four Wagner tubas in addition to extended brass and percussion sections) equally appropriate to Eine Alpensinfonie which concluded this concert. The return to favour over the past quarter-century of Richard Strauss’s last and most ambitious tone-poem has been accompanied by the increasing acceptance (albeit not shared by all annotators) that its content is only nominally that of a day spent climbing in the Bavarian Alps: the composer using this as the pretext for a ‘middle of life’ retrospection in which Austro-German musical culture and his role in it is variously and, at length, resignedly considered. If there was a failing in this performance, it was that the sequence of events unfolded in too narrowly defined an emotional context; as confirmed by a rendering of the ‘Ausklang’ section that was simply too literal, even matter-of-fact to convey the transfiguration that the music has attained at this juncture. Elsewhere, the WDR orchestra gave of its considerable best in an account which was not lacking in impact and confirmed a symphonic cohesion over and above any merely pictorial discourse.

A performance, moreover, which served as a fine indication of what Bychkov has achieved in Cologne over his 13 years there. He returns to the Proms on 7 August with the National Youth Orchestra of Great Britain and will be back in London to conduct a new production of “Tannhäuser” at the Royal Opera this December.