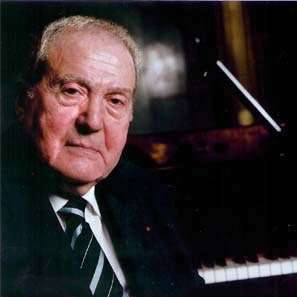 For me, studying with Aldo Ciccolini was both an honour and a privilege. Here was an immense artist who seemingly effortlessly pursued an international performing career alongside considerable teaching responsibilities, without in any way compromising his commitment to both. Until the late-1980s, Aldo remained the doyen of teachers at the Paris Conservatoire; students travelled from every corner of the globe to be part of ‘chez Ciccolini’ and both Jean Yves-Thibaudet and Nicholas Angelich readily testify to the special alchemy that informed his teaching during this period…

I first met him considerably later. By then (late in the 1990s) he had established his own teaching Academy outside Milan and I found his blend of innate musical instinct, personal philosophy and understated charm to be revelatory. His own pianistic pedigree via Alfred Cortot and Marguerite Long placed emphasis on finger articulation and clarity, but music was infinitely more than this to him. For him, the act of performing and teaching became a quasi-religious rite and his selfless pursuit of the “message” or “soul” within the music the centrepiece of his teaching.

Despite his early success in the 1949 Marguerite Long/Jacques Thibaud competition in Paris, Ciccolini was anything but an admirer of today’s international piano competition circuit. He could be a candid, but disquieting jury member – on one occasion, frustrated that an erratic if genuinely gifted pianist had been eliminated from the contest at the expense of a more mundane but consistent player, he chilled the blood of the Organising Committee with the words, “I shall speak to the press…”

Although of an infinitely courteous and amenable disposition, Aldo was subject to melancholic lows exacerbated by recurring bouts of insomnia. At times when life threatened to overwhelm him he seemed to slip into a character from one of the magical realism novels by Marquez that he so admired; only very recently I expressed concerns for his well-being as he maintained his predilection for practising at his Paris home during the dead of night. “Mon petit”, he replied, “at night I hear the counsels of the moon…”

Enigmatic, artistically original and with an unimpeachable musical and moral integrity, Aldo Ciccolini was the most discreet of virtuoso pianists. For his public who continued to flock to his sold-out recitals and orchestral concerts, his loss is great. But for his family of pupils it is incalculable; no teacher can have been so greatly loved.