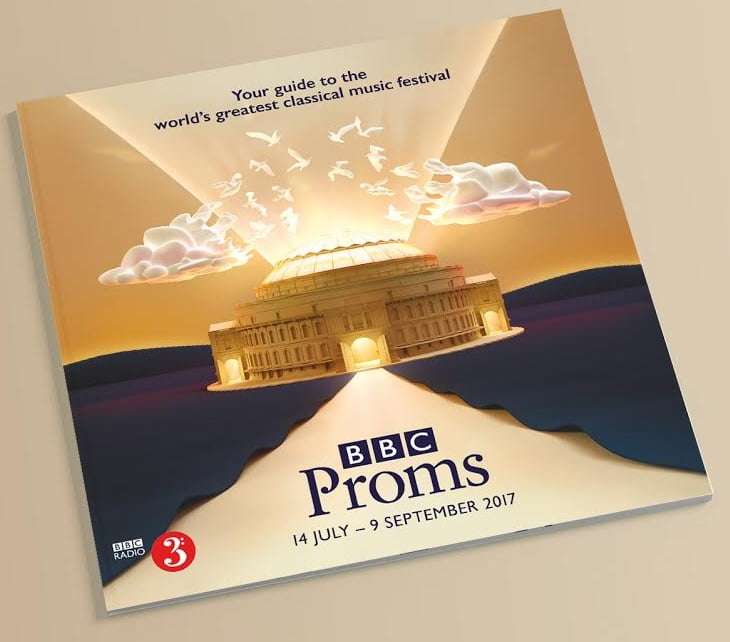 Back in 1960 when I bought my first Proms Prospectus it cost sixpence and the price had been the same since at least 1945. It was a modest publication totalling thirty-six pages, only seven of which were advertisements. This year’s Guide boasts more than 180 pages, fifty of which are advertising and the cover price is £7.00 – more than the cost of a promenading place.

Many changes have occurred over the intervening years. The Proms have morphed from a pretty domestic series – proud of its British origins and only employing native conductors, holding fast to many deeply ingrained traditions, beloved of Sir Henry Wood – to an international festival.

For in 1960 along came William Glock as Director and after a couple of years fighting BBC bureaucracy, and Lady Jessie Wood, he managed by 1963 to launch a season that became the foundation for what we have been enjoying ever since – including world-renowned musicians and a much-wider repertoire of music.

However, the Prospectus continued to be a pretty functional affair, limiting itself to listings, details of ticket purchasing and advice on attendance: only rising in price in line with inflation. In 1979 things began to change. Articles introduced the season’s major works and performers, visual appeal became more central and the publication became a commercial success clocking up a profit.

The Guide then expanded some more to become a season’s literary companion. As each year passed production-values increased, with a mix of heavy-duty gloss paper and matt stock employed, and colour illustrations and eye-catching design became a feature. At the same time the amount of advertising and the asking-price increased.

As a quality if pretty expensive product, containing erudite articles and of course full listings, 2017’s edition cannot be faulted. Given its size and weight you won’t be able to pop it into your pocket while queuing for the Royal Albert Hall’s Arena, but as a coffee-table enhancement it does a good job, but I sort of hanker for the old versions which told you what you really wanted to know. Of course basic information can be obtained online for nothing, so perhaps the Guide fulfils a different purpose now.

One shouldn’t quibble about the Proms concerts themselves, though, a magnificent achievement on the part of the BBC whose contribution to, and broadcasting of, classical music is unparalleled.

Long live the Proms – a large part of my life for nearly sixty years!