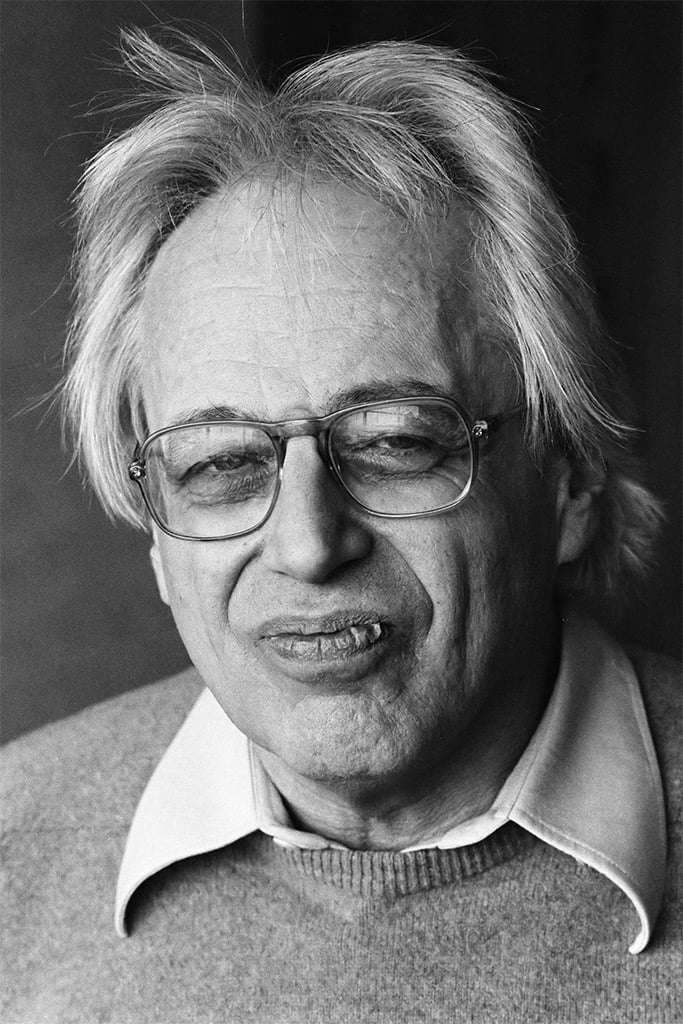 Another full Saturday devoted to contemporary music at the Barbican Centre, courtesy of the BBC Symphony Orchestra’s Total Immersion strand, this time devoted to György Ligeti, I attended the film, talk and first two concerts, and Ateş Orga covered the final one (link below).

As ever with these Total Immersion days, the first event was a film screening: the 1990 revised version of Leslie Megahey’s Omnibus documentary about Ligeti, first filmed in 1975, entitled All Clouds are Clocks. Filmed in Ligeti’s Hamburg apartment with him talking directly to camera and with imagery inspired by him, this provided a snap shot of a genial man, with remarkably good English, whose matter-of-fact descriptions of his music, putting on LPs to listen to and show where we were in the score, proved both refreshing and informative. And also funny – not least in Ligeti telling the tale of the premiere of Poème Symphonique at the opening of a new building in Hilversum, where the tick-tocking of 100 metronomes incensed the architect of the building who accused Ligeti of ridicule; nor in the 1971 Proms performance of Aventures (at the Roundhouse) where Boulez had to fight a smile after the salvo of laughter following the percussionist’s theatrically smashing a tray of crockery into a bin. The film’s extra ten minutes, filmed fifteen years after the original documentary, found Ligeti in the same apartment with the only visible change being the replacement audio system. The film was introduced by Megahey and his commissioner (no mean music documentary-maker himself) Barrie Gavin.

Ligeti’s admission that he liked to be independent and “in between” recognisable styles was the strand picked up by Tim Rutherford-Johnson in his talk. With some fabulous photos of Carpathian trembita (akin to Alpine horns, played by women) – a formative sound in Ligeti’s childhood – Rutherford-Johnson provided a potted biography up to Ligeti’s four-year compositional silence and breakthrough with his Horn Trio, leading on to his late style. He teased out a sequences of ‘in betweens’ that referred to Ligeti’s life – Hungarian but born in Romania; stateless for a while having escaped Hungary in 1956, neither Hungarian nor Austrian; at odds with the electronic experiments of the Darmstadt school – and placed the music both heard before and afterwards into a revealing context.

And so to those concerts. Both – the Guildhall School’s chamber music at Milton Court and the BBC Singers at St Giles Cripplegate – contrasted early and mature Ligeti. His solo piano Musica ricerata from the early 1950s, in Dominic Degavino’s thrilling tour de force of a performance, displayed his experimental zeal. He set himself the challenge of what music could be made from just one note (although he immediately broke his own rules by adding a final D to his onslaught of As in the first piece), gradually building up a sequence of eleven virtuosic studies, adding one note each time, to encompass the twelve semitones in a scale. By four notes it was remarkable how much melodic variety he could achieve and the sequence was magisterial in Degavino’s mercurial and magnetic rendition. We jumped forward thirty years to the pivotal Horn Trio (Ionel Manciu, violin, Ben Smith, piano) which broke Ligeti’s compositional block. While I might have wanted a bit more “joyously mistuned” horn whoops from Kate Starkman in the febrile second movement, this was an involving performance with much musical subtly, especially in the outer slow movements, including the ebbing final ‘Lament’.

Another near two decades on, to 2000, for one of Ligeti’s final works, for four percussionists and mezzo soprano: Síppal, dobbal, nádihegedüvel (With Pipes, Drums, Fiddles). Half the Milton Court stage was taken up by a multitude of percussion. Here Ligeti returned to texts by one of his longest-standing friends, Sándor Woëres, though some of the language is made up (here, as at the premiere at Ligeti’s request, the texts were not translated). At the age of seventy-seven there was no sign of a diminishing musical invention. Here the four percussionists, including whistles, ocarinas and mouth-organs, were joined by Ema Nikolovska and conductor Julian Warburton. It’s an eerie cycle of seven ‘songs’ full of curious sounds.

Back in 1968, after his work on the microtonal String Quartet, Ligeti produced his Ten Pieces for Wind Quintet, where the odd-numbered movements are collective statements, and the even-numbered ones highlight individual instruments. In the morning’s film Tom and Jerry had been evoked with regards to these Pieces and they had been presented with each instrument backed by a different colour. Our young players needed no such additions to bring the score to life with exuberant flare.

Over at St Giles we heard some even-earlier Ligeti, with four works from 1945 and 1946 and two from the 1950s; two with texts by Woëres at the beginning of their friendship. After the folk-like balm of Betlehemi királyok (The Kings of Bethlehem) and Húsvét (Easter), the Woëres settings are more experimental. The Two Canons for four female voices (curiously the programme claimed there was to be a tenor soloist) contrasts day-dreaming to gossiping women with the repeated overlapping chants of “natter, chatter, natter”. Moved to a more central place in the running order, Lux Aeterna – one of his greatest hits after its unauthorised use in Kubrick’s 2001: A Space Odyssey – continues to weave its eerie spell even without a black obelisk in view; though it was not the most experimental music here. That accolade went to the final work: the Three Fantasies after Friedrich Hölderlin (1982): with its sixteen interweaving lines creating a nutty complexity matching the illusive nature of the texts. With a different vocal line-up for each set this was skilfully and seamlessly managed with Andrew McGregor’s introductions covering changeovers. Sofi Jeannin’s unfussy conducting belied Ligeti’s multiple textures.

The penultimate item was three of the six Nonsense Madrigals originally written for the King’s Singers, but here with two altos taking the countertenor roles. ‘Cuckoo in the Pear Tree’ had highest- and lowest-pitch singers pinching their noses to imitate the cuckoo, while the gentle balm of vocalising ‘The Alphabet’ offered a contrast to the spiky ‘Lobster Quadrille’ with its sudden brief turn to God Save the Queen and La Marseillaise.