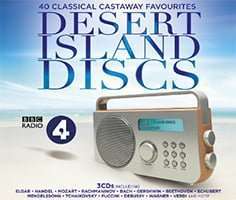 
The BBC Radio programme Desert Island Discs has lasted seventy years with more than 2,800 episodes. The first instalment was aired on 29 January 1942 with actor-comedian the Vienna-born Vic Oliver as the castaway with creator Roy Plomley. Whether subsequently presented by Michael Parkinson, Sue Lawley or Kirsty Young, the DID concept has remained remarkably simple. Guests are asked to imagine they are on a desert island and to select eight pieces of music. Excerpts from their choices are played while the castaway talks about their life and the reason for their preferences. A single nomination must then be made, added to which is a book, other than the Bible and Shakespeare, and a luxury can also be requested (which is occasionally refused!).

So far more than 3,000 people from many walks of life have been marooned, sometimes more than once (Elisabeth Schwarzkopf, for example), and castaways have occasionally come as a group, the three Beverley Sisters in 1961 and the Amadeus String Quartet in 1978. In 2012 a series of 70th-anniversary events took place to celebrate DID, including a BBC Prom (click here to read Classical Source’s review), two books and now this 3-CD set of some of the show’s most requested music. 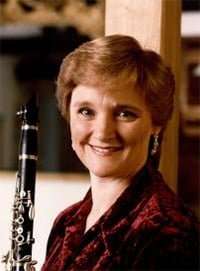 Unsurprisingly the first disc opens with Eric Coates’s By the Sleepy Lagoon – DID’s signature tune in a delightful recording by the BBC Concert Orchestra and Vernon Handley. Numerous pieces follow – some excerpts and some complete, each lasting about five minutes, though some are substantially longer, such as Gershwin’s Rhapsody in Blue which is heard complete in a recording from 1998 with Michael Boriskin and the now disbanded EOS Orchestra conducted by its founder Jonathan Sheffer. 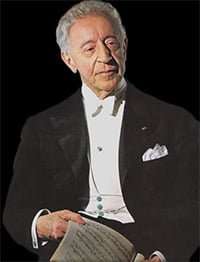 The recordings are entirely from the Sony catalogue and include some from Conifer Records’ pre-Zomba days such as the Adagio from Mozart’s Clarinet Concerto (as used in Out of Africa) performed by Joy Farrall and Britten Sinfonia. Indeed Mozart, as the composer most popular with castaways, is well represented, not least the ‘Elvira Madigan’ Andante from Piano Concerto No.21 in a gem of a performance by Arthur Rubinstein and the RCA Victor Symphony Orchestra that is over 50 years old.

A selection of lollipops this may be; however the artists and orchestras are generally well-known (no spurious Eastern-Europe made-up bands here) and often the versions included are attractively familiar. Taking extracts from larger pieces is in-keeping with the radio show, even if some of the fade-outs leave the listener wanting more. The set is priced at £11.99 from Amazon; however, as there is no booklet, the download option may be preferable at £7.49. This release is an uplifting compendium of popular classical music that will surely bring a smile to many listeners and would also be a nice gift for friends, relations and loved ones. 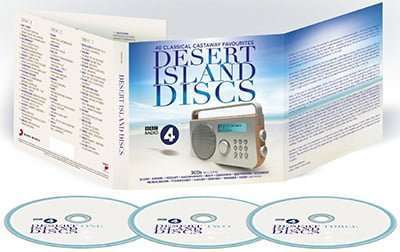 Listing (as supplied by Amazon)