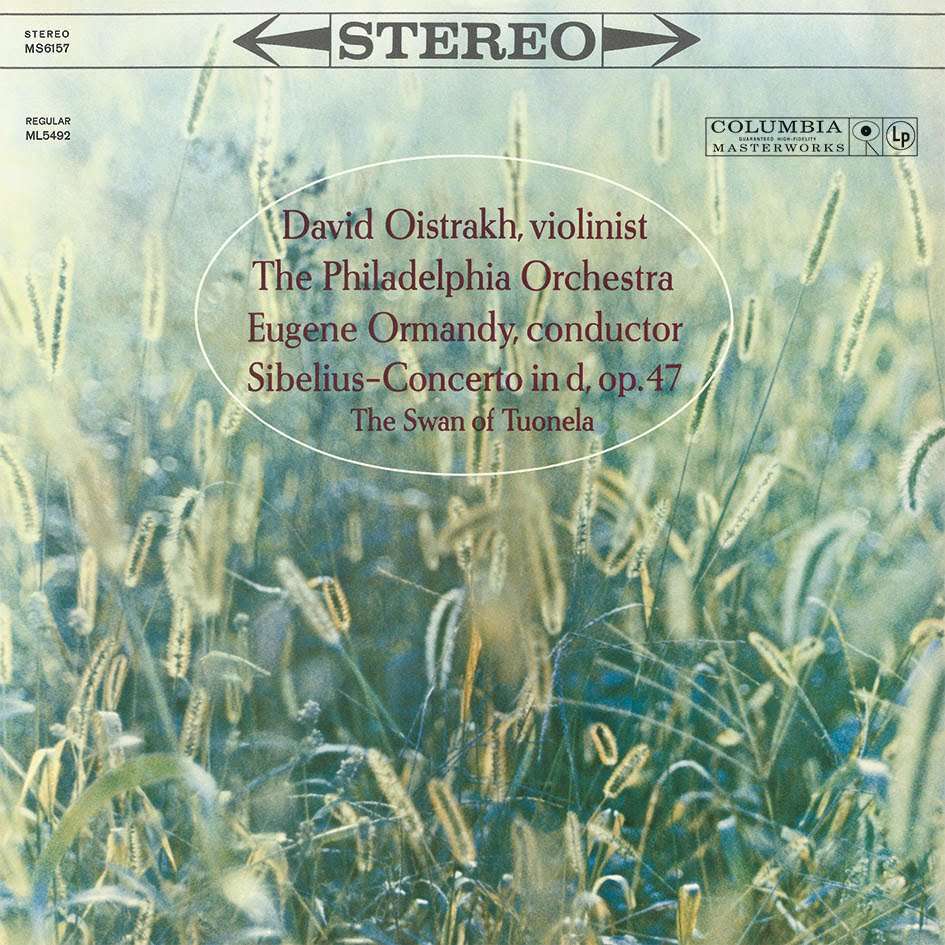 When major orchestras such as the Royal Concertgebouw and Berlin Philharmonic start releasing old and new titles on LP, then one can safely say that vinyl is definitely back. And so here, as well as a glittering array of string-players from Speakers Corner and Analogphonic, we look at releases f that span sixty years. And when comparing the sound no mention is made of any CD mastering because the level of compression, loss of analogue presence and degraded reproduction of instrumental timbre makes them virtually unlistenable.

We start with Speakers Corner and the second of David Oistrakh’s three commercial recordings of Sibelius’s Violin Concerto that grew out of the thaw in East-West relations after Stalin’s death in 1953. The performance is commanding, but with Rozhdestvensky and the Moscow Radio Symphony there is greater intensity in the slow movement, and the Finale has more impetus with Ehrling and the Stockholm Philharmonic (mono). The disc, though, is worth acquiring for Ormandy’s dark and brooding account of The Swan of Tuonela, and while CBS made a mess of the internal balancing (Oistrakh completely dominates the image, the wind are often inaudible) the sound is superior to the original US pressing it was compared to. 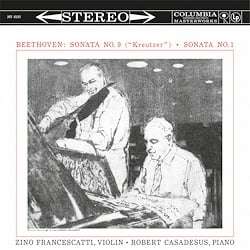 Between 1958 and 1961 Zino Francescatti and Robert Casadesus made a fine set of Beethoven’s Sonatas for Violin and Piano for CBS, of which this is the earliest. Here the tempos are swift in outer movements, with a slight slowing in second subjects, sf markings are observed, Francescatti uses variable rubato, his intonation is immaculate, Casadesus isn’t frightened of the pedals, and there is a real sense of conversation between the players. On the down-side there are no exposition repeats and Casadesus is too loud at the start of the Kreutzer’s slow movement. Sound-wise, the overall balance is slightly forward, the internal balance unusually natural for the era, the treble sweet and the dynamic range is good, although nothing below piano has been captured. By way of comparison a first label US LP was used and the Speakers Corner disc is the one to go for, having greater weight and projection.

Of the Analogphonic discs, the two by Nathan Milstein showcase his gorgeous tone, seamless legato, variable vibrato, immaculate intonation and effortless virtuosity. You can say much the same of that aristocrat of cellists Pierre Fournier, whose sound can only be likened to crushed-velvet, and his recital is also notable because the re-mastering features the first appearance on LP of Tchaikovsky’s Pezzo capriccioso, which was too long to fit on the original. With Mischa Elman there is also some beautiful, highly individual playing. However, his intonation is often awry, and nowhere do you feel that he was able – at this stage of his career – to completely surmount the formidable technical hurdles he was confronted with.

Turning to the sound, the overall balance on the Milstein Miniatures is middle-distance but much more forward on Encores, although unusually for the era, Milstein doesn’t dominate the image on either, the sound of both artists is also more defined on the former, although there is a suggestion of undue microphone or cutting-desk colouration in the midrange of Encores where due to a fault on the master-tape there is also a dull repetitive thud at the end of side one.

On the Elman there is a nice sense of depth and space around the artists, and the distance between the two only slightly favours him. Alas, like most mono recordings there is a lack of extended bass and treble, which doesn’t do the piano any favours.

Analogphonic decided to use 45rpm as opposed to 33rpm mastering for the Fournier, which improves the groove length tracked by the stylus per second, thereby increasing the amount of information it can retrieve, cuts down on end-of-side distortion and improves the treble response and dynamic range; which means that when compared to an original German single-disc pressing the new ones are far more alive and richer toned.

On the Janáček Quartet coupling of Dvořák Opuses 34 & 96 the first-movement exposition repeats had to be omitted to fit them onto an LP side. This however is the only blemish on what is otherwise well-nigh-perfect playing, where the ensemble and intonation are brilliant, the tone ravishing, tempos are fleet, but the musicians relax for the second subjects in the outer movements of Opus 96, there is plenty of rubato and they take their time in the slow movements, added to which there is a marvellous sense of communication and a real sense of enjoyment.

With regard to the classic Britten/Rostropovich disc they play the opening Allegro moderato of the Schubert as an andante, beautifully voice the first subject, effortlessly delineate the second and observe the exposition repeat. They scrupulously observe note values, but when necessary adjust the tempo and sculpt gloriously flowing melodic lines. To hear the way they sing the slow movement is profoundly moving, and they are in no hurry in the Finale as they segue elegantly between sections. Frank Bridge’s Cello Sonata of 1917 is full of beautifully elegiac, rhapsodic melody, and some quite magnificent passages where the writing becomes almost orchestral – it really should be part of the core repertoire. The performance is definitive.

If the playing on the Dvořák is definitive, then so is the sound. The overall and internal balance is perfect, the dynamic range extended, there is a palpable sense of presence and projection, and the instrumental timbres are beautifully realised. One can’t say quite the same of the Schubert, where everything sounds similarly brilliant; however – somewhat bizarrely – there is more reverberation around Britten than Rostropovich, which is something you don’t normally get at Snape.

To acquire first label copies of any of the above discs will cost you serious money (SXL6426 and SP8536 can now fetch over £1,000) and they are rare, so given that the new ones sound better than the old, in the three cases where a comparison could be made, these are an obvious first choice.

In 1982, a Philips LP of a live 1980 Tchaikovsky First Piano Concerto with Martha Argerich, Kirill Kondrashin and the Bavarian Radio SO appeared, which immediately acquired classic status. This Berlin Philharmonic performance dates from 1994, and the very fast tempos are almost identical. Which is best? Well, in both, Argerich effortlessly combines bravura, power, delicacy, exquisite phrasing, and a unique sense of controlled abandon, which places the performances at the forefront of available versions. The big difference is that Kondrashin was the better Tchaikovsky conductor who got the Bavarians to phrase more idiomatically and produce a more incisive and cleaner sound.

Unfortunately, the sound is not in the same class, the image is forward, internal balancing is haphazard, there is absolutely no sense of the acoustic (until recently digital did not do anything so subtle as hall ambience) and the dynamic range is nothing special. Nevertheless, the LP is far better than the hopelessly compressed DG CD.

To hear what modern high-resolution sound can do you only have to turn to Gatti’s Rite of Spring, where it seems a DXD file was used to cut the lacquers, which has produced a vibrant, deep soundscape, with immaculate overall and internal balancing, exceptional clarity and definition with very little loss of body, a very wide dynamic, a pretty good sense of the wonderful Concertgebouw acoustic, and the presentation of instrumental timbre comes near to the finest analogue, although the sound still lacks its naturalness, and vividly captures the sound of one of the world’s greatest orchestra, which plays magnificently for Gatti in a finely judged, eminently civilised account of the score that lacks the concentrated, raw power and savagery for example of any of Igor Markevitch’s live or studio versions.