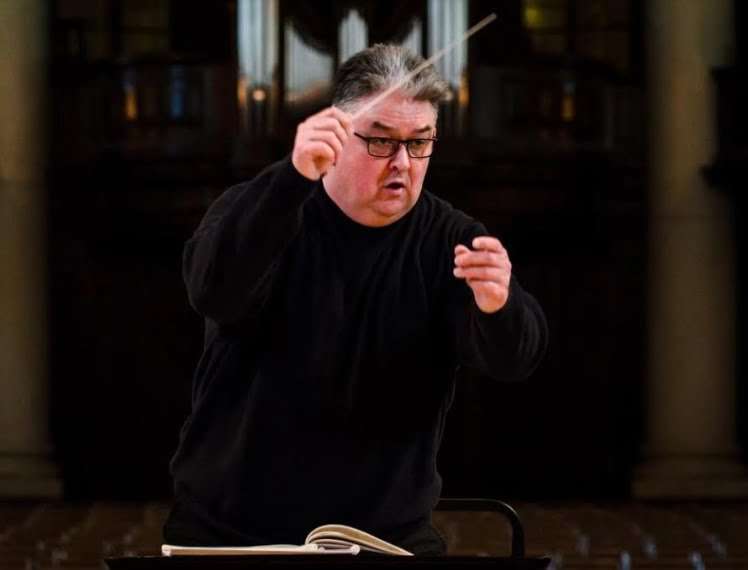 The Welsh border town of Presteigne has had its annual makeover, the six-day feast of artistic events transforming a rural idyll into a cultural hot-tub. Central to the vision of George Vass is a spirit of enterprise. Music from the Baltic States threaded its way through works by David Matthews, Joseph Phibbs and Huw Watkins; and alongside this year’s composer-in-residence, Martin Butler, there were commissions from Cydonie Banting, David Bednall and Gareth Moorcraft.

The Church of St Andrew hosts many of the concerts, but other venues create opportunities for art, film and poetry.The first of four concerts I attended was at St Mary’s Pembridge for Arvo Pärt’s Passio (1982) – a setting of a Latin text taken from the account of Christ’s Passion in St John’s Gospel.An afternoon slot seemed an unlikely time for it, but a full house welcomed Rupert Gough, the Choir of Royal Holloway and Presteigne Festival Ensemble for a penitential seventy minutes of A-minor. When those glorious D-major chords finally arrived, the sense of liberation and, by extension, resurrection was overwhelming, an emotional journey all the more gripping for being so understated. On the way you discover how dissonance paradoxically becomes consonance and that austerity is weirdly bewitching. Under Gough’s discreet direction, there was scrupulous intonation and ensemble. 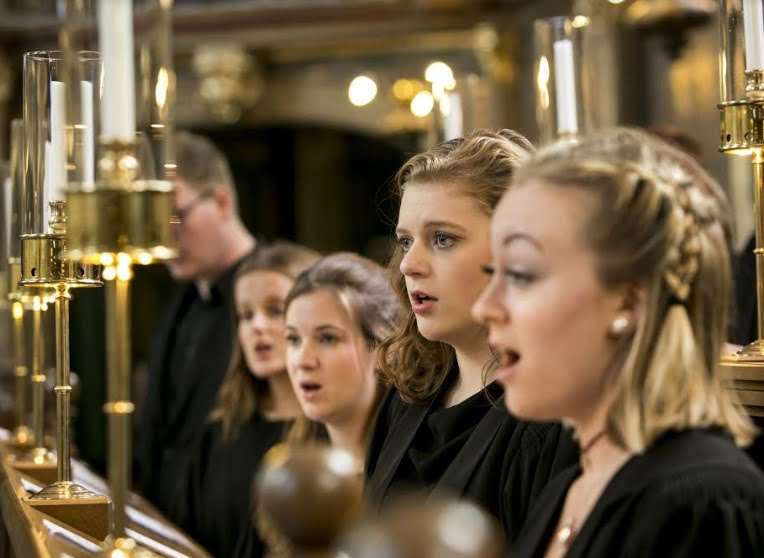 A few hours later saw the first of three recitals by the Navarra Quartet, the musicians impressing for their dynamism. String Quartet No.3 (1996) by Pēteris Vasks derives its spirit of hope and goodwill from a folk-inspired impulse (and a Latvian Christmas carol), the players bringing intensity to its varied moods, excelling in the troubled Shostakovich-like Adagio. The meditative stance made an attractive foil to Phibbs’s succinct and well-crafted Agea, commissioned for the 2007 Festival to celebrate Vass’s fiftieth-birthday. The evening ended with Schubert’s String Quartet in G (D887) in a performance of extremes, which variously underlined the work’s unease. The nervousenergy and warmth of the Scherzo and Trio were admirably conveyed as was the zesty quality of the Finale.

The following day (at St Stephen’s Church Old Radnor) the Navarra members continued its Baltic exploration with Vladas Jakubėnas’s sole Quartet. He (1904-76) was a major figure in Lithuania prior to his post-war exile in the USA. His Opus 4 synthesises neoclassical and folk elements, and may lack individuality but the players more than compensated for this in an energetic, at times over-wrought, account. The quiet focus of its second movement neatly anticipated Butler’s Songs and Dances from a Haunted Place (1996); its wistful musings prompted by an image of a ghostly Irish fiddler. The momentum of the fevered Jig was carried forward with tremendous panache. Butler’s dancing gestures were then echoed in Beethoven’s Opus 18/1, a characterful performance that conveyed the boldness and vitality of the opening movement and tragic undertow of the Adagio. 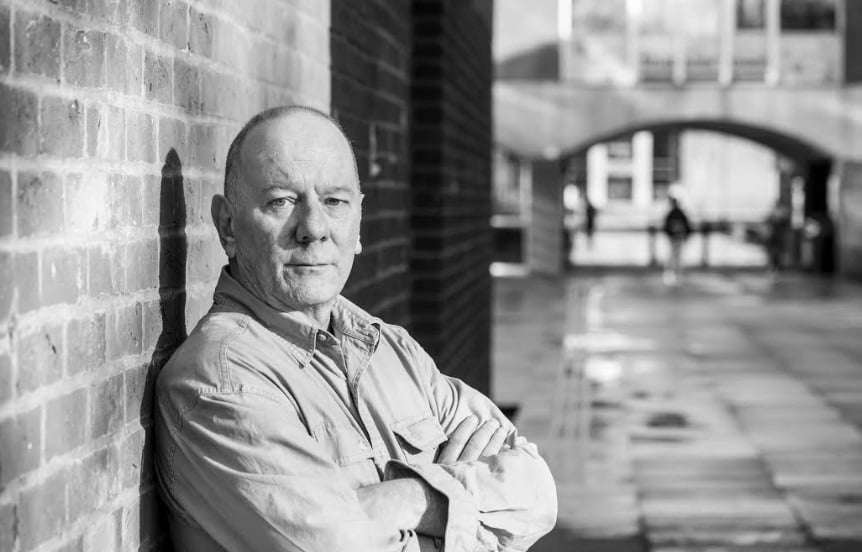 Vass, now conducting, characteristically provided no concessions to familiarity for the evening’s Baltic celebrations, also including Michael Berkeley’s Touch Light in an arrangement for strings, flute and violin. Chief amongst the attractions was Vasks’s deceptively simple Dona nobis pacem, its long-breathed choral pleas building to considerable emotional power from the Choir of Royal Holloway. From Tõnu Kõrvits (born 1969) there came Kreek’s Notebook (a reference to fellow Estonian Cyrillus Kreek from whom Kõrvits took inspiration in his use of folk hymnody). It’s an appealing work, beautifully sung (in Estonian) and played, but only in the last of the eight sections did I feel any dramatic stirrings. Works for string orchestra included the Sibelius-influenced Vesper by Ester Mägi (born 1924) and the tautly constructed De profundis from Raminta Šerkšnytė (born 1975), drawn from the verses of Psalm 130 (“Out of the Deep”), bringing an incisive response from the players who made light of technical demands. The star turn was the single-movement Concerto for two oboes by Pēteris Plakidis (1947-2017). James Turnbull and Ben Marshall illuminated the sinuous canons within spicy harmonies to intriguing effect – gentle conflict remaining unresolved at its magical close.