Whether someone had upset the Isle of Man’s notorious fairies, or the great god Mananan himself, I do not know, but the last few days of this triennial viola week were held amid howling gales and all manner of precipitations from the heavens. “Even this weather helped us to be more close”, the event’s president Yuri Bashmet said at the prize-giving, but I wondered if he was whistling in the wind.
Ah yes, the prize-giving … I have to say that perplexing decisions by the jury left many of us sighing. Having produced a plausible semi-final list of eight, they managed to leave two of the more interesting players out of the final – despite having four finalists instead of three – and then gave the first prize to a 15-year-old. Assuredly Ziyu Shen, from China, a Shanghai Conservatory student, is prodigiously talented and musical, but she is hardly ready for a career. She lacks both viola depth and musical depth.

Held since 1980 in memory of the “Father of the Viola”, who died in 1975 aged 98, and supported by the Tertis Foundation set up by his widow, the Tertis Competition is one of the most prestigious in the calendar. For the first time, all entrants were heard via DVD in a preliminary round by a London jury of Simon Rowland-Jones, Sarah-Jane Bradley and Martin Outram. They whittled 80-odd aspiring violists down to about 40, of whom more than ten, including all the Germans, dropped out at the last moment. So the jury had some 28 candidates to consider and we were told the overall standard was amazingly high. It was especially good to find that a number of entrants had chosen Arnold Bax’s great Sonata, one of the best works written for Lionel Tertis.

In the semi-final, with Bach and Paganini obligatory, Oriental players predominated. The oldest, Bo Li, 28, from China, told me that he was already playing professionally in Hong Kong, and gave a good account of himself in Rebecca Clarke and Bartók without leaving a particularly memorable impression. He was followed by the youngest, Ziyu Shen, who left an equally blank imprint in Brahms and Hindemith while playing much more brilliantly, albeit with a very violinistic sound. Chieh-Fan Yiu, 26, from Taiwan, displayed much musicality in Bax and Bartók, although his warm tone was on the small side.

The last five were more interesting. South Korean Wenhong Luo, 20, a Royal Academy of Music student, showed her lyrical strengths in Hindemith and Bartók. Matthew Lipman, 21, from the United States and studying at the Juilliard School, was a dapper player with a fine, focused sonority and definite ideas on Bax and Bartók. Rosalind Ventris, 24, the sole British survivor, knocked many of us out with her superb Hindemith and York Bowen. Best of all was Shuangshuang Liu, 26, from China but studying with Michael Tree at the Curtis Institute, Philadelphia: she commanded an extraordinary range of genuine viola tones and colours in Bax and Walton. I also loved her Bach – she was the sole contender to choose a violin work, the D minor Partita (‘Allemande’ and ‘Courante’ in the semi-final, just the ‘Allemande’ in the final). Kei Tojo, 21, from Japan, studying in Paris with Jean Sulem, had one of those superficially attractive, somewhat metallic tones which tend to pall after a while. A solid player technically, I liked her Clarke and Hindemith; she was also the only one of the eight to choose Caprice No.20 for her Paganini, rather than William Primrose arrangement of ‘La campanella’. She played the slow outer sections sensitively, the faster central section less well.

In the final round, we at last heard the specially commissioned test piece, Peter Maxwell Davies’s Six Sorano Variants for solo viola. It fell to Ziyu Shen to give the world première and the work came across in all four performances as one of the best thrown up by this competition. Some high-lying passages tested the players to the limit but the music was interesting and used the entire range of the instrument. I am sure it will enter the repertoire. Ziyu Shen’s Bach, the ‘Courante’ of the D major Cello Suite, was nicely played but in Hindemith’s Der Schwanendreher (with Anthony Hewitt at the piano) some of her tone was rather raucous. She also lacked a real viola sound and tuned up far too often.
Tuning was an issue with Lipman too, but with more justification as he chose to retune his viola for his ‘Allemande’ from Bach’s C minor Cello Suite. His Bartók Concerto was very well played although the piano accompaniment (here played by Caroline Dowdle) is rather thin. One assumes he still has room for improvement at 21 but he is just about ready to go into the profession.

Shuangshuang Liu did not have a perfect final and perhaps lost points for being the only one not to play the Maxwell Davies by heart – she had to go looking for a second music stand so that she could spread the score out. But her Walton Concerto (with Julian Rolton) was immensely characterful, and virtuosic in the central movement. She is ready for a career now and will be super-ready by the time she finishes her studies.

Kei Tojo’s Bach, the Allemande from the E flat Cello Suite, was a bit phlegmatic and her Schwanendreher (also with Hewitt) was not always easy on the ear. The jury gave her a special prize for her excellent Maxwell Davies but overall she was rather little dull. 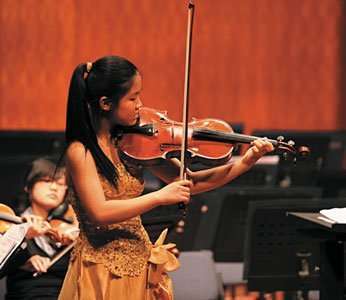 Ziyu Shen took the £7,000 first prize and she will also have a Wigmore Hall recital and a concerto appearance with the Philharmonia Orchestra. Kei Tojo received the £5,000 second prize; and the £3,000 third prize was split between Shuangshuang Liu and Lipman. The jury must have sensed they had done an injustice to Ventris in leaving her out of the final, as they showered her with four special awards. She also received one of Yuri Bashmet’s personal prizes, dished out to non-finalists he thought needed encouragement.
The tradition of a non-finalists’ concert was maintained, so on the Friday afternoon we had glimpses of South Koreans Sung Jin Lee, Hyobi Sim and Seungwon Lee; Laura Seay from the US; and Iiro Oskari Rajakowski from Finland, a tall, strong young man with an impressive tone. All five received special prizes and I was glad Rajakowski was given two, including my own Karl Doktor Prize, awarded for his Brahms.

The highlight of Maxim Rysanov’s rather variable recital with Xenia Bashmet was Wie der alte Leiermann, based by Leonid Desyatnikov on the final song of Schubert’s Winterreise and originally written for Gidon Kremer’s violin. It is a major work which creates some nightmarish scenes out of Schubert’s melodies and harmonies and fits well on the viola. Xenia Bashmet was on duty again the following evening for an even more variable recital by her father Yuri, not at his best but still worth hearing, especially in Shostakovich’s Sonata – although this was the least compelling of at least six performances I have heard from him.

Juror Sarah-Jane Bradley’s recital with Anthony Hewitt was superb: Mendelssohn’s Sonata, Martinů’s Sonata and Bowen’s First Sonata in C minor which has long been one of her specialities. She poured out magnificent tone and phrased memorably in all three works, concluding with a tiny extra Bowen piece as an encore.

Just as memorable was juror Samuel Rhodes’s recital, framed by two substantial works with Sophia Rahman at the piano, the very different Sonatas by Wilhelm Friedemann Bach and Hall Overton. In between came music for solo viola, Hindemith’s great Opus 25/1, Stravinsky’s Elégie and two works written for Rhodes, Milton Babbitt’s Play it again, Sam (1989) and Elliott Carter’s Figment IV (2007). Due to leave the Juilliard Quartet this summer after 44 years, Rhodes plays in an endearingly warm fashion, with wonderful musicianship. The quirky Babbitt piece, which Rhodes told us was very unpredictable in its variations of dynamics – hence the many marks in different coloured pens on his copy – came across like a masterpiece and the Carter seemed utterly inevitable in its progress. I felt glad to have met this humane artist and to have heard him away from the string quartet.

All the jurors and Rysanov gave masterclasses. A notable contribution to the festival was made by Louise Lansdown, who has just moved from the RNCM in Manchester to be head of strings at the Birmingham Conservatoire. She took the viola ensemble classes with enormous enthusiasm and their little concert was fun, with organiser John Bethell conducting the ‘Chorale’ from Gordon Jacob’s eight-part Suite and Lansdown directing Brahms’s G minor Hungarian Dance. I was sorry the Turkish folk-music arranged by composer Nejat Basegmezler, the husband of juror Betil Basegmezler, was not included – it sounded marvellous in rehearsal sessions – but one of his Piazzolla arrangements was a good substitute.

It seems that the indefatigable John Bethell and I are the only people who have attended all eleven competitions so far. My feeling is that August, the month in which the first nine events were held, is much better; but it seems to be ruled out now, because the number of hotels available has been drastically reduced. We must hope for better weather in 2016.