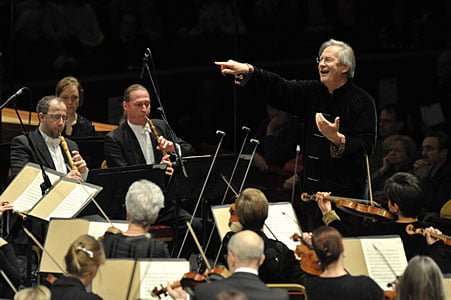 Whatever view one has of Easter, whether as the greatest Christian festival or simply a holiday from work, probably no other composer than J. S. Bach quite gives expression to such a universal celebration of life – both sacred and secular – in all its dimensions.

This “Bach marathon”, under the auspices of John Eliot Gardiner, was the climax of BBC Radio 3’s “Baroque Spring”, exploring the worldwide purview of Bach’s music in an ambitious series of performances and discussions by experts in the fields of psychology and medicine, as well as music. As such, many facets of Bach’s enormous output were featured, though the most conspicuous omission was the failure to include any orchestral or chamber music. As it was avowedly part of the organisers’ intention to highlight Bach’s influence upon and significance for subsequent generations of musicians, one might have thought that a concerto or sonata would have been much more revealing in this regard than an a cappella motet.

Nevertheless that is essentially how the Marathon began, with the joyful Singet dem Herrn, a few instrumentalists providing an optional continuo role. This performance conducted by John Eliot Gardiner was conceived instrumentally, particularly in the more intricate, polyphonic sections, setting verses from Psalms 149 and 150, which frame more serene, homophonic settings of other devotional poetry. In those outer sections the vocal lines were not spun out as long, unbending lines, but shaped and woven with nuance and breadth, and varying timbres made it seem as though the motet was performed by an orchestra of voices. 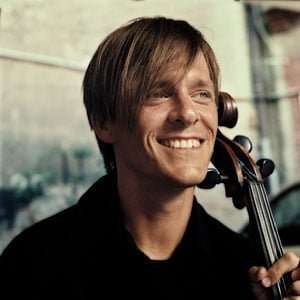 There followed two masterpieces of solo instrumental works, in which Bach pushed the respective instruments to practical limits and which still challenge performers and audiences today with their consummate technical accomplishment and profound emotional content. In the Cello Suite, regarded as the grandest and most resplendent of the six, particularly with the spacious, insistent arpeggios of its ‘Prelude’, Alban Gerhardt took what seemed to be a deliberately opposite approach, by making it unexpectedly lyrical and intimate, only really opening up to the public in the second ‘Gavotte’. Despite the vastness of the Royal Albert Hall’s acoustic, such intimacy can and did work. The only intrinsic problem with his interpretation was that, although there was a sense of determination, the ‘Prelude’ was too relaxed and so lacked the tension that ought to thrill as the cellist reaches the high range of the instrument’s tessitura.

Similarly in the Goldberg Variations, Joanna MacGregor did not seek to fill the space artificially by belting out a huge sound from the piano, but sought to capture the audience’s attention with a rapt, hushed manner, including in the opening ‘Aria’. Its reprise at the end was even more magical as its first notes emerged almost like the harmonics out of the assertive, final G major chord of the final Variation. MacGregor pursued an unpredictable trajectory through the 30 Variations, like a wayward child seeking to indulge freely in a succession of different moods, evident not only in divergent approaches, but also in the erratic observation of repeats; sometimes one or other section, sometimes both, and at other times none. In the ‘Black Pearl’ Variation (XXV), both sections were repeated, and by letting its chromatic lines and throbbing bass harmonies speak for themselves MacGregor left no doubt that this constituted the emotional core of the work. In other Variations she contrived a more prominent rhythmic profile, whilst in VI her rubato seemed to underline harmonic shifts as though to emphasise the influence Bach would later have on jazz. A few of the fast Variations were in danger of becoming a little amorphous, and in those where crossing of hands is required the lines became a little tangled, and rogue notes entering.

The second part of the Marathon centred on the Cantata, Christ lag in Todesbanden, in which the seven movements reflect on the eponymous hymn melody, the audience joining in with its final statement, having been earlier coached by Howard Moody. Although the Cantata was written for Easter Day it is rather subdued in tone as it looks back to Christ’s sacrifice of himself and overcoming of death. The Monteverdi Choir sang with appropriate forlornness of tone – but never meagre or austere – particularly on the part of the basses as they solemnly intoned the melody alone like a cantus firmus in the fifth movement. Despite the serious nature of the work, the music still found the means to dance. There was no small pleasure in watching Gardiner’s supple motions in as he directed, a channelling of the music’s physicality and rhythmic vitality to the performers.

Alban Gerhardt had declared that he was not seeking to make big effects or tricks in his performance, and it seemed that Viktoria Mullova intended to follow suit in the D minor Partita. The ‘Allemande’ proceeded in matter-of-fact fashion, with only occasional ‘breathing’ between phrases. There was more sense of dance in the ‘Sarabande’ and generally a period-style of performance pervaded this rendition, though some vibrato was used tellingly to punctuate the rhythms and structure of the ‘Courante’. There were no grandiloquent gestures in the magnificent ‘Chaconne’ – indeed the dazzling arpeggiated chords were played sul ponticello to create a haunted mood – and the final cadence simply ebbed away, not in despair, but fully in accordance with the overall note of tragedy.

No conspectus of Bach’s oeuvre would be complete without his organ music. In 45 minutes John Butt gave a reasonably comprehensive summary of Bach’s achievement here – as the learned master of counterpoint in the Preludes and Fugues, as a musical theologian commenting upon Lutheran hymns in the Chorale Preludes, and as a composer of perfectly realised instrumental forms in the Trio Sonata. In BWV 542, and even more in the ‘St Anne’ Fugue, Butt showed the grandeur and spaciousness in the music with which Bach was able to bring out the monolithic and monumental sonority of the king of instruments. Butt was somewhat too curt with the phrases of the Fantasia of BWV 542 and their resolutions in particular, so that the release to the building-up of their extraordinary harmonies passed for little. The Henry Willis organ of the Royal Albert Hall is by no means a perfect instrument and quite often the Pedal division sounded too much to the fore and not fully integrated tonally, as though emanating from a separate instrument. In the Fugue of BWV 542 the Pedal registration sounded rather loose and flabby, and in BWV 625 and 626 it was too deep for the more sparkling sonority of the mixtures dancing over it, and in BWV 620 it was like a growl. There was better timbral sympathy between the divisions in the Trio Sonata where the flute stops cohered well. Only the Fugue of BWV 552 was performed, but was played with compelling inexorability, the three subjects following one another swiftly and almost out of the blue.

The climax of the day was reached with the Mass in B minor – in the words of Albert Schweitzer a work “as enigmatic and unfathomable as the religious consciousness of its creator”. Gardiner and his performers have lived with and ruminated upon this piece for many years, and such considered experience shone through. The Monteverdi Choir sang not only with precision and conviction, but also as if sharing the religious beliefs and confidence of Bach in God the Creator, Sustainer and Redeemer of the cosmos.

In the opening ‘Kyrie’ there was a probing sense of repentance, in the ‘Gloria’ a joyful celebration of God’s glory and in the ‘Credo’ a firm affirmation of belief – nowhere more evident than in the basses’ almost stern declaration “confiteor unum baptisma in remissionem peccatorum” in a plainsong melody. The ‘Sanctus’ was given with broadness and a sense of wonder in which one might have imagined the heavenly host wafting overhead. Similarly in the ‘Dona nobis pacem’ there was an expansive and ceremonial grandeur to mark the climax of the work, setting a different mood to that which had marked the same music on its earlier appearance in the “Gratias agimus tibi” section of the ‘Gloria’.

Whereas the chorus represented the massed congregation of the Christian faithful, the soloists appeared as the individual believer, which was the contrast effected particularly by the delectably innocent tones of Hannah Morrison and Esther Brazil in the “Christe eleison”. However Morrison’s voice was too soft to carry successfully the jubilation of the praise offered in “Laudamus Te”. The decision to perform the “Crucifixus” with a quartet of soloists made a certain theological sense by recounting this episode in the life of Christ as if from bystanders, even if this diluted some of the drama and gravitas clearly intended by Bach with the accumulated anguish of the movement’s chromatic ground bass.

There were many notable moments. Worth highlighting in the ‘Credo’ are the meticulous clarity the choir brought to the intricate opening fugue, the soloists’ winding down from the sprightliness of the duet “Et in unum Dominum, Jesum Christum” in anticipation of the chorus’s contemplation of the mystery of “Et incarnatus est”, and the hushed sense of expectancy enunciated in “Et exspecto resurrectionem mortuorum”. No less praiseworthy were the flautist, violinist, bassoonists, horn and trumpet players.

Such a performance of the B minor Mass surely had something to say to all sorts and conditions of people, whether they share the Christian belief in a transcendent Godhead and immortal human souls or regard us simply as mortal beings of such stuff as dreams are made on and whose little life is rounded with a sleep.