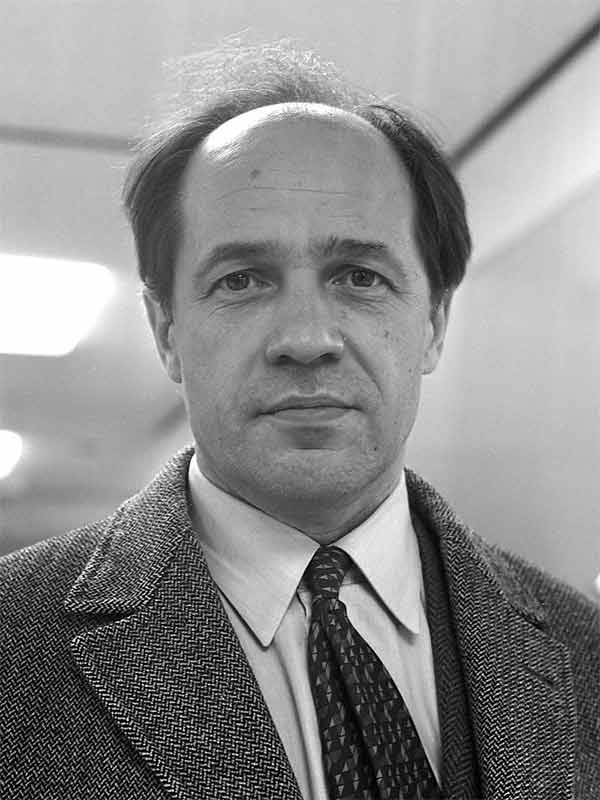 It was inevitable (and also right) that the BBC Symphony Orchestra devote one of its regular Total Immersion days to the music of Pierre Boulez, who turns 90 shortly, on March 26. Not only has he enjoyed a regular association with this orchestra over almost half-a-century (not least as its Chief Conductor in the early 1970s), but his centrality to post-war music – whether as composer, conductor, teacher or administrator – cannot be gainsaid. Along with the customary films and talks, these concerts featured a viable selection from his by no means limited output.

The early-afternoon concert featured two defining works from two decades apart. The Second Piano Sonata (1948) remains a statement of intent in the way Boulez tackles its Beethovenian conception head on. Nor was there any compromise in Jean-Frédéric Neuberger’s performance – in a pulverising first movement, the rumination fissured by aggression of its successor, the deft interplay between energy and poise of the Scherzo, then the finale’s high-flown rhetoric whose stealthily cumulative approach to its climax and rapt aftermath was astutely managed.

In contrast to this work’s overarching unity, Éclat/Multiples is a key example of the hybrid approach that Boulez has latterly favoured. Pablo Rus Broseta (standing in for an indisposed François-Xavier Roth) drew a scintillating response from the BBCSO’s tuned and keyed percussion in Éclat (1965), and if the additional layers of violas in Multiples (1970) arguably diffuse as much as intensify the following discourse, this only serves to underline the air of striving equivocation which informs almost all the music from Boulez’s maturity.

The later-afternoon concert was valuable for its (backwards) overview which took in half-a-century of Boulez’s composing. James Kreiling admirably held together the vigorous passagework and gestural finesse of Une page d’éphéméride (2005), as singular a piece for young musicians as Anthèmes 1 (1991) is a test-piece for violin – and one whose unfolding of its discreet elements, prior to their tensile elaboration then gradual dispersal, was keenly dispatched by Amarins Wierdsma. Joining the Guildhall New Music Ensemble and David Corkhill, flautist Rosie Bowker brought the right distanced sensuality to Mémoriale (1985) – the concluding ‘Originel’ of the ‘… explosante-fixe …’ project which occupied Boulez over two decades, and whose poise when taken out of context can seem a little underwhelming.

Not that this affects the other ensemble piece from this period – Dérive 1 (1984), a marvel of motivic ingenuity and textural intricacy as the GNME conveyed in full measure. The final two pieces returned almost to the outset of Boulez’s output, with the Flute Sonatine (1946) announcing the composer to his public in suitably combative terms. Rebecca Griffiths handled its multi-section format (inspired by but not indebted to Schoenberg’s First Chamber Symphony) with assurance, and while she (and Kreiling) struggled occasionally in the febrile activity of the quicker passages, her panache during the explosive final bars was undoubted. By comparison, 12 Notations (1945) is a quirky compendium of mid-century pianism whose potential took three decades to realise, and which Alexander Soares dispatched with aplomb.

It was a telling move to programme this at the end of the recital, and then begin the evening’s concert with the five of those Notations that Boulez drastically overhauled in the process of orchestrating them. The first four of these (1978) makes for an unlikely yet spellbinding set of showpieces, and Thierry Fischer (also replacing Roth) inspired the BBCSO to a suitably virtuosic response, but the seventh piece (1997) remains problematic in its relative length (not least when slotted in to the existing set, thereby resulting in an unbalanced 1-7-4-3-2 sequence) and for a saturated harmonic content such as congeals rather than intensifies as it reaches its dense culmination. Perhaps the real problem is that, despite his intentions, Boulez has seemingly not been able to realise all 12 pieces – from which a more balanced selection might well have been possible.

The second half was devoted to Pli selon pli (1962) – in size and scope the defining work of Boulez’s output, and one whose lengthy gestation and even lengthier process of revision has proved no less typical of its composer. Hardly a song-cycle, and only obliquely (perhaps also retrospectively) viewable as a vocal symphony, this hour-long (indeed, over 70 minutes here) succession of five movements is a ‘fold upon fold’ portrait of Stéphane Mallarmé that intrigues and unsettles as much as it elucidates. Thus the work proceeds from the fugitive instrumental interplay of ‘Don’, through the subtly focussed setting of sonnets such as comprise the three ‘Improvisations’ – pieces that are respectively sombre, sensuous and supplicatory in intent – to the closing ‘Tombeau’ whose irresistible and increasingly violent accruing of incident is capped by the soprano’s reappearance for her ‘deathly’ final pay-off. Yeree Suh might have been a little too histrionic here; elsewhere she conveyed the poise and passion of Boulez’s vocal writing with absolute assurance, in what was a formidably committed performance.

Audience response was enthusiastic, and would doubtless have been even more so had Boulez himself been present. Conversely, the fact that there are now numerous conductors who are able to tackle (not least at short notice) those scores which would until recently have necessitated their composer’s presence bodes well for the evolving of Boulez-interpretation: building upon the formidable precedent he has set in order to project this music into an era that, however different its aesthetic concerns prove to be, is sure to benefit from its presence.