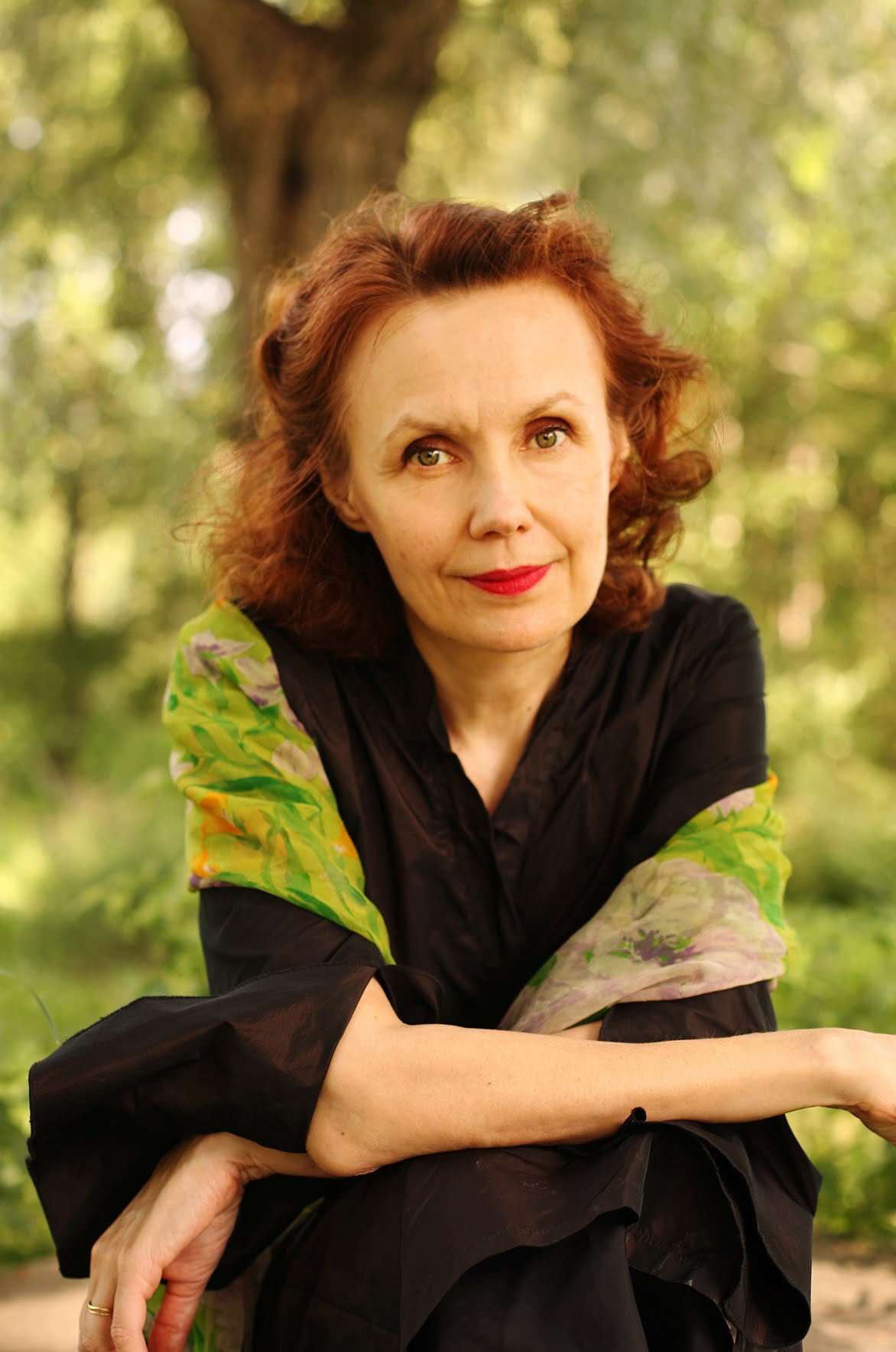 Radio France’s annual new-music shindig Festival Présences was founded by Claude Samuel in 1991. For new-music types from geographical districts where the drum of culture is beaten less loudly – pretty much anywhere that isn’t Paris – the figures for the 2017 edition of Présences are something to behold: eighteen concerts over ten days, eighty compositions performed by some of France’s top performing groups, thirty-one world premieres, twenty-five Radio France commissions, forty-two composers (most of them still alive and kicking), and a whopping twenty-six works by this year’s featured composer, Kaija Saariaho. Musically it’s a ten-course meal: as much a challenge as a treat. Though I only caught five concerts, it whet my appetite for more.

Each concert had a title, and in the opening one, Je devoile ma voix (I Reveal my Voice), the Orchestre Philharmonique de Radio France conducted by Dima Slobodeniouk presented two works by Saariaho alongside a commission by youngish bad-boy Raphaël Cendo. Saariaho’s violin concerto Graal Théâtre (1994), one of her most performed works, and at the time marked something of a departure, away from electronics and spectral harmony towards a more broadly palatable style. Jennifer Koh gave a brilliantly physical performance, taut and muscular, stressing the solo part’s tense angularity; after only a minute her bow-hair had splayed to such an extent that it appeared more like a Dionysian thyrsus. Adriana Songs (2006), derived from Saariaho’s second opera Adriana Mater, made less of an impact, an enthusiastic interpretation by mezzo Nora Gubisch failing to raise the heat on the simmering expressionism.

Thirty-eight years old this year, Raphaël Cendo is best known as one of the lynchpins of the so-called Saturationism movement, which emerged in France a few years ago. The name of that movement is self-explanatory and Denkklänge gave us a prime example of its aesthetic. For twenty minutes the orchestra descended into a maelstrom of noise, sonorous abjection, screams and squalls; here, the strings assaulting their instruments with playing cards, there, a percussionist battering a piece of metal. The whole thing was like witnessing a bloody battle where no-one knew who the enemy was. While the audience response, as you might guess, was mixed, I couldn’t help admiring Cendo’s chutzpah. 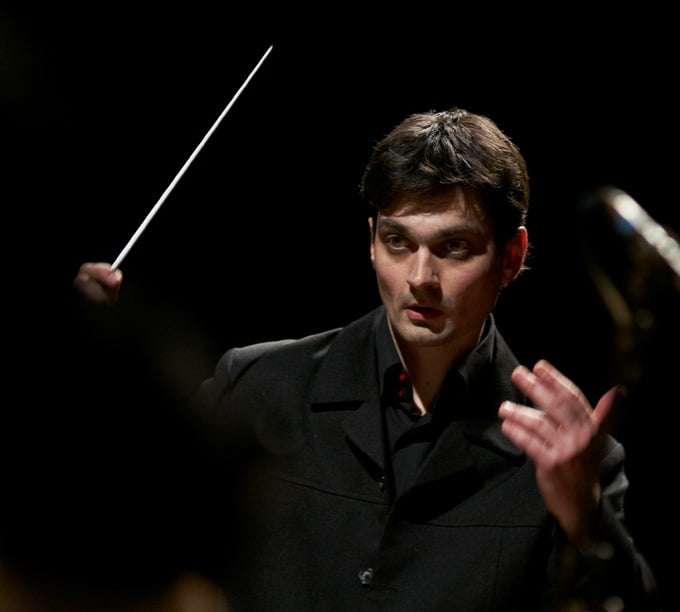 The following day Ensemble Cairn conducted by Guillaume Bourgogne, and aided by the electronics of the Groupe de Recherches Musicales, presented Spins and Spells. A more muted affair, the concert featured two Saariaho works, Spins and Spells (1997) for cello, performed by Ingrid Schoenlaud, and Nocturne (1994) for violin, with Nathalie Shaw. Though neither of the brief works stood out as significant in Saariaho’s oeuvre, Spins and Spells was an enchanting enough concert opener, an introspective solo built on false harmonics, glissandos and double-stops.

Many of Présences 2017’s newer works were by South American-born, France-based composers, and two such works featured here, each a world premiere: Telluris. Désert Rose by Alexandre Lunsqui – which in post-spectral fashion contrasted quick ascending/descending gestures and static harmonic washes – and Luis Naón’s Pajaro contra el borde de la noche, in which a cello is augmented by electronics and the members of the ensemble played harmonicas.

The standout works on this programme were Lucas Fagin’s Psychedelic, a Pink Floyd-referencing piece of sonic weirdness featuring a standout turn from keyboardist Caroline Cren, and Philippe Hurel’s Localized Corrosion, a quartet for electric guitar (with many effects pedals), alto-saxophone, piano and percussion, in which brash riffing is contrasted with beautifully delirious monophonic forays, in which endless unison melodies suggest a more adventurous Frank Zappa. 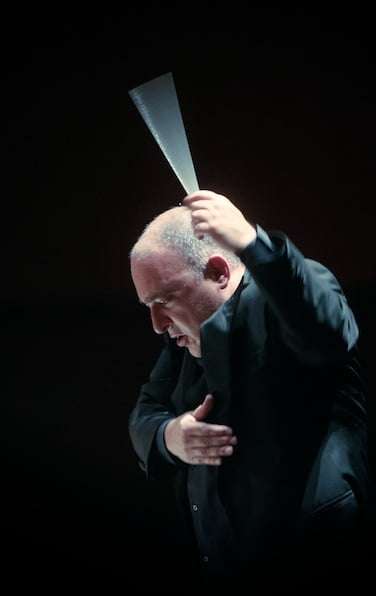 The next weekend I again made the trip out west – through the swish rive droit sixteenth arrondissement, near the delightfully kitschy mini-Statue of Liberty in the Seine, through the doors of the Maison de la Radio France and metal detectors manned by bullet-proof-vest-adorned security guards (ubiquitous in Paris these days). Ombres de la terre (Earth’s Shadows), with Orchestre Philharmonique de Radio France conducted by Ernest Martinez-Izquierdo, opened with Grisey’s early work Modulations. There’s probably not much I can say here about the Grisey without seeming like a robe-wearing zealot – I’ve written much about Grisey in the past – but Modulations has some astounding moments. A formally-masterful twenty-minute work wherein the material is in constant mutation, always moving somewhere else, Modulations features sequences of spectral harmonies – particularly towards the end – that may well ruin your ears for less complex harmonies forever. The audience was enthusiastic.

The rest of the programme comprised Ramon Lazkano’s French premiere Mugarri – a subtle, slow-building work of atmospheres—and two Saariaho concertos, the French premiere of her Trans (for harp, 2015-16) and the Dutilleux-dedicated Maanvarjot (organ, 2013). Each of these concertos has a traditional three movement format and distinct in imaginative depth. Despite a dextrous, limpid performance by Xavier de Maistre, I found Trans to be anodyne, its chief octatonic motifs failing to generate much in the way of dramatic interest. Towards the end, however, when the harpist has to perform extended techniques and counterpoint between the two hands, it becomes more engaging, but it was unfortunately at this moment that an anonymous gentleman had an unrestrained coughing fit backstage. Maanvarjot is more robust. The opening movement is full of imposing clusters of sound from the organ (Olivier Latry), while at other times, untethered to the stripped-back orchestral texture, the wandering organ part enters eerie territory (at times inadvertently like the soundtrack to Bowser’s Castle). Saariaho’s early musical experience as an organist is evident.

During Métaphores the following afternoon, the Finnish string quartet Meta4 performed two Saariaho works with electronics (here manned by IRCAM), each cinematic in scope. Près (1992-94) for cello and electronics, compellingly performed by Tomas Djupsjöbacka, ranges from Scelsean clamour to shimmering electronic resonance to more traditional passagework. The string quartet Nymphéa (Jardin secret III) (1987), written for the Kronos Quartet, was the first Saariaho work I ever heard, and I remember being much taken with the hibernal quality of its electro-acoustic dimension and the players’ whispered interjections over their instruments (each one is fitted with a vocal microphone). Though Meta4’s players are specialists in Saariaho’s music, this account felt somewhat shapeless, and despite many striking moments in the cascading interplay, there was listlessness to the overall trajectory (it didn’t help that there were some “technical difficulties” with the IRCAM electro-acoustics). Of the other two works, the violin duo Endécouverte (2004) by Jean-Luc Hervé – one of my favourite contemporary French composers – had a ludic brilliance in its back-and-forth antiphony, while the premiere of Tribology by Sebastian Rivas, music exploring extended techniques, false harmonics and New Complexity-style barrages, signalled a talented young composer. 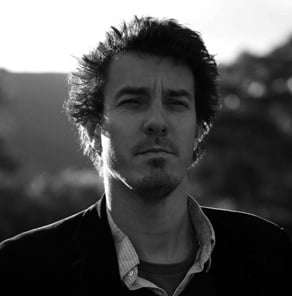 Présences being contemporary-music festival, one couldn’t help reflect on what it had to tell us about current composition. In a brief interview before the closing concert (Talea) Saariaho reflected on this. “It’s different these days for our young composers. Although music history now is instantly accessible over the internet, one gets a sense that there remain no more frontiers to cross.” At this point in the festival, notwithstanding me not attending many of the concerts, I had begun to draw a similar conclusion from the newer works I had heard. But two of the pieces shook up this view. Jérôme Combier’s Die Finsteren Gewässer der Zeit, drawn from his stage-work Austerlitz (2012) based on W. G. Sebald’s eponymous novel, creates a transfixing dark texture amongst its seven-piece ensemble. Time slows down as the umbral, downwards-tending pitch material swirls slowly round and round, skittering brief melodic snatches occasionally appearing and repeating into silence. Ensemble Court-Circuit’s performance, conducted by Jean Deroyer, was sepulchral, and when eventually the piece lurches into a quotation from the slow movement from Grisey’s Vortex Temporum it wasn’t surprising. A strong new compositional voice, even if the piece did overstay its welcome.

Jeremias Iturra’s premiere Reverse Tracking Shot is a somewhat uninspired run through European new music stylistic signposts (as one might expect from a composer who is only a recent graduate). Luis Fernando Rizo-Salom’s Quatre pantomimes pour six (2013), on the other hand, is a brilliant foray beyond the post-spectral, Romitellean framework much heard in Paris. The two instrumental groups (three strings, three winds) offset each other in a piece that, unusually for this idiom, brings melody and rhythm to the forefront, fragments snapping at and jostling against each other throughout. Sadly Rizo-Salom died in an air accident a couple of years ago, so one can only wonder how he would have developed. 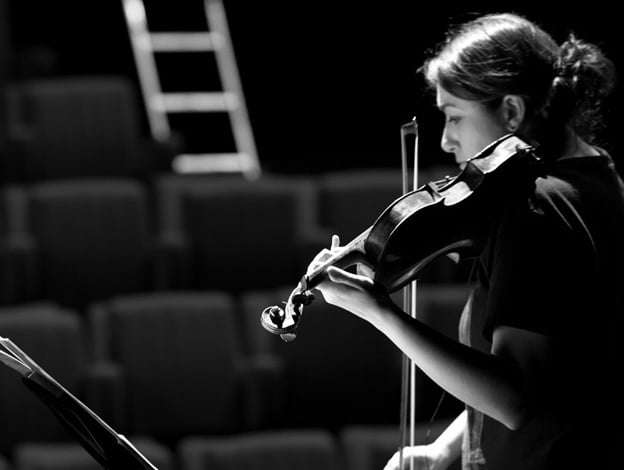 The curtain-piece of Présences 2017 was a wonderful rendition of Grisey’s Talea. Over fifteen minutes a limpid musical process is unfurled, the lightning-flash unison gesture at the opening gradually transforming, over successive iterations, into complex ensemble polyphony, before morphing in turn into elegantly distending acoustical spaces. The performance climaxed with a brilliant closing flourish on violin from Alex Greffin Klein. “It’s a shame Gérard isn’t around now to see how enthusiastic these young people are about his music”, said Saariaho, a performance of whose Cloud Trio (2009) had opened the programme.

In the end, then, what perspectives did Présences 2017 give on Saariaho’s oeuvre? I couldn’t help relating what I heard to the view – common in new-music circles – that her music is sinfully conservative. In this regard I have three main thoughts. First, Saariaho’s music gains much from being heard in a live context, where its abrasive and physical qualities can be heard in a way that is hard to capture in a recording (though of course that depends on the performer). Second, one can’t reasonably begrudge how Saariaho has succeeded in fostering a mainstream following (the venues for most of the concerts I attended were full); if we compare the situation to other artistic media, we hardly criticise, say, novelist John Banville for aiming his well-crafted work at a broad public, so it’s unclear why composers should be criticised for same. And lastly, having at times listened to these works whilst imaginatively bracketing out their composer, I believe much of the animus towards Saariaho is down to that all-important aesthetic arbiter, fashion, and our need for composers to match our ceaseless mythologising.

When asked during the interview her feelings about being in the spotlight, Saariaho replied that while it was undoubtedly a great honour, it was also difficult, “because I’m a shy person.” Saariaho comes across as remarkably ordinary. In terms of new-music fashion that’s her misfortune, and it would be better if, on the contrary, she were mad, a martyr, or sadomasochistic. If another composer to which one of those epithets applies had composed her body of work before committing hari-kari in a brothel with a tranche of scores beside his corpse, doubtless the music in question would be enthusiastically championed. As it stands, Présences 2017 gave a useful summa of Saariaho’s achievements to date – steady, unflamboyant, substantial.