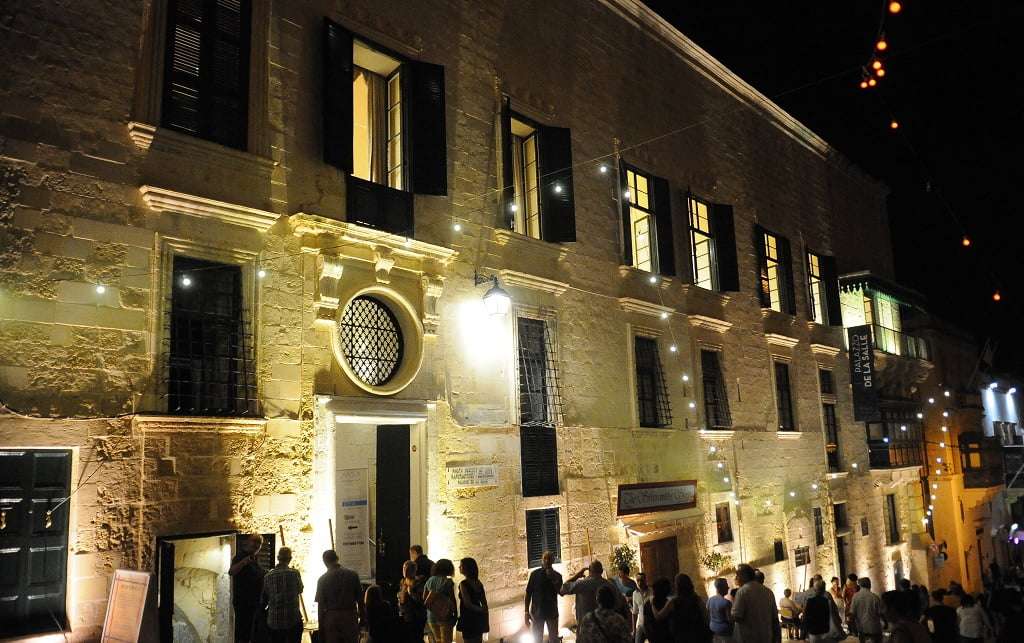 Between them they offered a snapshot of skills and attitudes in a place and country (geographically south of Sicily) as yet short on the super-powered conservatory teaching and facilities of mainland Europe or North America. Promise and ideas they unquestionably have, but they’ll need to journey further afield if they’re to test themselves at the highest competitive level. For the Maltese, studying abroad is a rite of passage going back to colonial times: Fiorini himself went to the Guildhall School and RCM, the conductor Brian Schembri to the Soviet Union, Ruben Żahra to Italy and West Coast America, the late Charles Camilleri, godfather of the modern generation, to post-war Canada via Australia. Carmine Lauri, co-leader of the London Symphony Orchestra, was a student of Maurice Hasson at the Royal Academy of Music. The soprano Claire Debono studied with Laura Sarti at the Guildhall, the mezzo Clare Ghigo at the Royal Welsh College of Music and Drama. Among pianists, Lucia Micallef and Charlene Farrugia attended the RAM (Farrugia progressing to Imola), while Joanne Camilleri graduated from the Royal Northern in Manchester. Maureen Galea opted for Florence and the University of Surrey. Mindful that his working and recording life has been spent in the opera capitals of the world, ‘local hero’ Joseph Calleja, trained in Valletta in the 1990s, proves the rare modern exception.

Talking with Farrugia a year ago I was reminded that in her student days Lupu, Gilels and Gould defined her references – a discerning fusion of elevation, temperament and intellect. Today’s Rising Stars, it seems, are inclined otherwise, their attention taken up with Buniatishvili, Lisitsa, Fedorava and Lang Lang. A mixed bunch to say the least, short on enlightenment. By way of afterthought, one had heard of Trifonov, another of Barenboim. Horowitz got a passing mention. Generally, no one knew of the Golden Age greats, or the Soviet school. Argerich didn’t get a look in. Cziffra drew a blank. And no one appeared aware of, or inclined to explore, what these days is a vast resource of online clips and comparative videos – gratis education at its best. One of the generosities of the International Spring Orchestra Festival is free admission to concerts for students from the Music Department at the University and the Malta School of Music. Yet how many took advantage? “It’s disheartening”, says Fiorini, “and to a certain extent alarming, to observe their absence – youngsters, after all, who are aspiring to be the next generation of musicians.” No singers should have missed Larissa Pominova and Yuri Vlasov in Shostakovich Fourteen. Pianists owed it upon themselves to hear Joaquín Achúcarro. And to have ignored the Somogyi String Quartet’s Bartók evening was just plain foolhardy.

Planning a forty-minute set is demanding for any novice player, needing guidance and self-judgement. If one has the ability, stylistic understanding and emotional depth by all means programme Liszt. If not then best to resist the Sixth Hungarian Rhapsody or Dante Sonata, treacherous pages that require the highest technical finish and a strong sense of attitude and narrative theatre. Attempting music that’s too hard, playing too quickly, has never been a virtue.

Tuesday. Jean-Marc Fabri had the dexterous measure of Beethoven’s early G-major Sonata, Opus 14/2, phrasing the ends of each half of the first movement with elegance and a certain wistfulness. But his Wagner/Liszt ‘Liebestod’ – love and its consummation overcoming death – was imprudently hasty, suggesting a need to get to know the original operatic context and words better.

Francis James Camilleri – like Fabri changing his advertised programme without advising the audience – took a view of Schumann’s Kinderszenen (each number running broadly into the next) that began poetically, with some pointed left-hand voicing, but ended up becoming soft grained and impressionistic. Every now and again one wanted firmer, less washed-out playing, ‘German’ rather than ‘French’ octaves. He’s a player whose preparation is commendable, but his pondered cadences and tendency to sectionalise rather than unify structure, his holding-back and super-introspection, can make for a rather static encounter. ‘Träumerei’ came off neatly, not too over-pedalled; colouristically, the middle section of ‘Child falling asleep’ glossed out the wondrous registral shades Schumann gives us. Joseph Vella’s Maltese Rhapsody, Opus 26b (1993), originally for violin and piano – commemorating the composer’s death in February – went through the motions, the piano writing, however, suggesting only a modest aptitude for the instrument. Fragments of tunes familiar from Charles Camilleri’s defining 1946 Malta Suite for orchestra made for pleasant unexpectedness.

Wednesday. The first movement of Daniel Zak Borg’s Beethoven’s Opus 54 F-major Sonata – an interestingly offbeat choice of repertory – made the most of its ‘beauty and the beast’ contrasts, emphasising extremes of mood through delicately-placed (soft) minuet phrases and hard-attacked (percussive) triplet octaves. The repetitive undulating semiquavers of the second movement needed more nuance and variety to hold the attention. A pair of Bartók’s Bulgarian Dances from Mikrokosmos (Book VI/148 & 153) showed rhythmic cut and fluidity but lost some of their wilder secco character through romanticised pedalling.

Carefully groomed without being forced, making the most of the Malta Society of Arts’s new Steinway B (inaugurated last November), Daphne Delicata is an unspoilt natural. Her pianism is immaculate, she takes her time, her stage presence is as poised and calm as the best I’ve seen. Music seems to be an extension of herself, she breathes with it, she’s concerned to make a good sound, tone and dynamics matter, she responds to tendresse and rises to the drama. The third of her Ginastera Danzas Argentinas might have been held more in check (she should listen to Argerich when it comes to controlling corners in high gear). But her Rachmaninov Élégie (Opus 3/1) was dark, smoky and autumnally heady – old Tsarist fields, woods and hay-wains glimpsed from afar. A Chopin group displayed innate musicianship, even if her F-minor Nocturne Opus 55/1 and A-flat Impromptu Opus 29 (especially), inclined on the brisk side, at the expense of expression and modulated speech. Demarcating the Più mosso in the former, remembering that the pulse of both is 4/4 not 2/2, is important. The first and last Studies of Opus 25 were breathtaking – an exquisite A-flat, singing and feathered, the rubato unmannered; and an epic closing C-minor, Delicata’s ‘tenor thumbs’ gloriously ringing out Chopin’s carillons of melody, a Niagara of cascading harmonies on either side. A star in ascendancy.