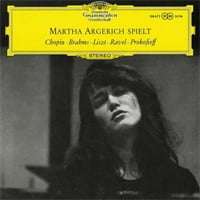 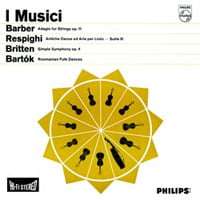 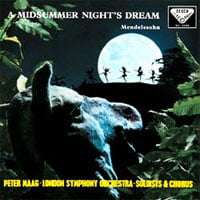 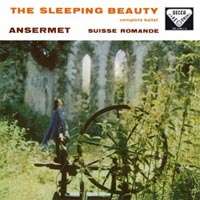 Of all the major European LP producers Deutsche Grammophon Gesellschaft ranks pretty near the bottom of the audiophile sound chart. The company used the latest equipment and had some fine engineers, but the end-results were pretty mediocre and uninspiring. Speakers Corner has re-mastered quite a few DGG LPs using Ortofon solid-state amplification, with varying degrees of success. In the case of this Martha Argerich LP, SC has a real winner. The original Tulips disc (up until 1970 DGG LPs had a border of yellow tulips round the label edge) was good, but lacked attack and presence, and the dynamic range was limited, whereas the Speakers Corner disc is slightly more forward in terms of balance, has an extended dynamic range, and tremendous presence. All off the ranges are integrated, the bass is deep and controlled, and the treble is very full. Quite clearly modern amplification, cutting heads, and, presumably different equalisation, have revealed layers of sound that were only partially realised on the original LP. 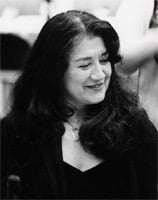 The disc is famous for being Argerich’s debut recital, and to call the playing volatile would be something of an understatement. In the two Chopin pieces one would probably have to go back to Alfred Cortot (1877-1962) to find more variation of tempo, dynamics and free – as opposed to classical – rubato, and yet everything coheres. In Brahms’s Rhapsodies the openings are tempestuous, but Argerich relaxes beautifully in the central sections. Prokofiev’s Toccata receives a powerhouse performance and the Ravel glistens beautifully. Strangely, the one relative disappointment is the Liszt, which is powerful, but too restrained in the final section.

The without-conductor Italian string group I Musici was one of the mainstays of the Philips catalogue from the 1950s and recorded everything from early Baroque to contemporary music. This particular disc of twentieth-century pieces is rare, but not collectible (it never fetches more than £20 at auction). As with the Argerich the Speakers Corner transfer has real presence and power. There is excellent definition and the bass is extended and tight. However, as with the other Speakers Corner Philips discs reviewed (see link below), the treble and upper-midrange lacks bloom in all of the works save the Barber, where there is real treble extension, without loss of weight. The overall effect is rich, but slightly muffled.

I Musici was famous for its sophisticated sound and style, and every piece here demonstrates these qualities. Respighi’s Third Suite of Ancient Airs and Dances slide effortlessly by with well-nigh-perfect intonation and ensemble. Barber’s Adagio lacks feeling. Bartók’s Romanian Folk Dances is too civilised and lacking in bite and panache, but the sophistication of the playing is a joy in itself. The Britten opens splendidly, then ‘Playful Pizzicato’ is too slow, yet ‘Sentimental Sarabande’ is exquisitely played and ‘Frolicsome Finale’ is fast but very serious. Despite the caveats, this is an immensely enjoyable release. Here one has a style of playing that is virtually dead and the sheer professionalism and sound of I Musici commands attention. 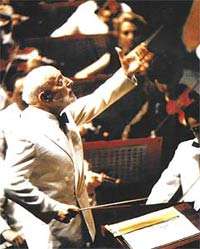 Decca’s SXL 2000 series discs are Holy Grail territory for most vinyl collectors. At auction a pristine copy of the Peter Maag will fetch almost £350 and the Ernest Ansermet £170. These discs have depth, presence, definition, clarity, warmth and that indefinable something that makes them instantly recognisable. I don’t have a first-label copy of SXL 2060, but do of the Ansermet and the comparison is fascinating. Both have tremendous width, depth and height, the string tone is pure and startlingly natural, the woodwind has a reedy quality that is again very natural and the brass has bite and presence. However the timpani and cymbals on the Speakers Corner discs are more defined, the dynamic range is better and the bass is slightly more extended, without any loss of control. The sound is different, but, in an area that is massively subjective, I prefer the Speakers Corner pressings and the same qualities are to be found in the Mendelssohn, with marginally less transparency and definition (one cannot here the timpanist’s sticks hitting the skins as one can in the Tchaikovsky).

However, given that these discs are premium products, there are a few presentation niggles that should have been attended to. The Maag first appeared with a blueback sleeve, where the rear had a blue and white border to it, which is not reproduced, the writing on the spine runs from bottom to top, rather than the other way round, and the Ansermet box contains a soft fibre padding square, which is too thick too allow the lid to close properly.

In terms of performance one enters into another controversial area. Namely, did Decca tamper with the sound of the Suisse Romande Orchestra? Live recordings of the orchestra from the late-1950s show it to have had thin string tone and decidedly provincial woodwind, so how did it end up sounding like the Vienna Philharmonic in tutti passages? After the opening flurry, one can hear individual woodwind, and the oboe’s contribution is rather weak, as, later, is that of the clarinet. The string sound, though, is very full and almost silky, which is not realistic. That aside, the performance is tremendous. Ansermet springs the rhythms and phrases quite beautifully. He may occasionally miss the extra bite and authenticity that the greatest of all conductors of Russian ballet, Gennadi Rozhdestvensky, found with the BBCSO (BBC Atrium LPs, 1980) but he does have much better sound.

Peter Maag made only a handful of records for Decca (which helps to explain their price) and this Mendelssohn is a delight from start to finish. He takes the ‘Overture’ and ‘Scherzo’ quickly, without them ever sounding rushed – there are numerous tempo changes which all sound spontaneous. His tempo for ‘Nocturne’ is as slow as it can be taken without the line disintegrating, the solo horn is very quiet (and stunningly well-recorded) and the atmosphere is rapt. Maag’s bride positively jaunts down the aisle in ‘Wedding March’, and the ‘Finale’ is magical, with wonderfully old-fashioned vibrato-laden tone from the soloists and chorus.