The English composer Thomas Hyde, only recently out of his twenties, is talking about his recently completed String Quartet. The piece receives its premiere in Kings Place, London, from the Allegri String Quartet, and is the first piece he has written since the opera That Man Stephen Ward, first performed at the Hampstead & Highgate Festival in 2008. 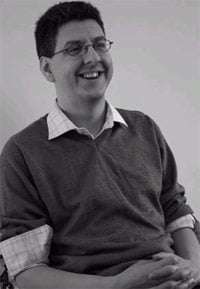 In the course of his career, Hyde has received training from an illustrious line of British composers – and aside from encounters with Sir Harrison Birtwistle and Sir Peter Maxwell Davies, he has studied with David Matthews, Simon Bainbridge and Robert Saxton.

When I ask him what he may be expecting to hear at the first performance, however, he laughs. “Gosh – well that’s a variation on the question that all composers dread, which is what is your music like, and it’s very hard to answer! I had a creative block, I suppose you could say, after I’d written the opera. It was the biggest thing I had attempted in terms of duration, and after that friends said to me they hoped I was writing something now, so that I didn’t pack up! I think they were right, and you have to get back into it straight away – but I did find it very hard to start again without the feeling I was repeating myself.” He pauses to consider. “I felt I had come to a junction in the road, and it took me quite a while to rethink things. I think the string quartet is the first piece I have really finished since then, so I hope it’s both continuity and contrast – continuity in the sense that some of these things I have done before. I don’t think it’s a complete change, but there were some things I was drawn to, and I hope it’s not more of the same!”

Thomas Hyde is extremely affable, with an easy and very logical way of talking about music, and as he continues to describe the quartet, its elements fall into place. “It was a piece, more than anything else that I’ve written, that changed radically as I wrote it, and that was a very exciting thing for me. Normally one plans things out, and things do change as you’re writing, because I think all music and all composing or writing is about both controlling your material and also responding to it, as you have to have a freedom built into the equation. This piece changed the most from what I originally thought I was doing. Once the material started coming I was working with music rather than ideas. I think you often start with an idea, and then once things start getting written you start responding to them. I expected to write a three-movement string quartet, but ended up writing two. I also used poetry for the first time, by Philip Larkin, as a creative force. I ended up inscribing certain passages in the music with lines from Larkin, which I would have been far too embarrassed to do previously! I left these inscriptions in and put them in the programme notes, although I don’t think it is a programmatic piece, it can stand on its own terms. At the same time it was reflective of the moods I was thinking of as I wrote, and I do hope it takes a sincere journey from music that is quite despairing in the first movement, through a very bleak beginning of the second, very tragic, and then a resolution that is a bit tentative at the end.”

The idea of inscribing poetry brings to mind the Elgar of the Second Symphony. “Yes, I hadn’t thought of that”, he admits, “though I have been listening to Elgar recently! The idea came from Hugh Wood, to whom the piece is dedicated, so I must say that his Third String Quartet which does something similar was an inspiration. The string quartets are very fine pieces. I never studied with him, but we met through a mutual friend and started a correspondence, and I have grown to love his music immensely. What it has for me is a mixture of technique and rigour, fantasy and passion, and the elements marry very well. I enjoy listening to it, and I think the pleasure principle is the most important thing in music. When I say pleasure, I don’t mean that music can’t be challenging, complex, or difficult – and it’s not a stylistic point I am making – but at the same time there has to be something that draws you in. Sometimes the most abrasive textures can thrill, and sometimes it can be the opposite. Pieces of music speak in different ways – some very urgently, others taking time to reveal their depth. It’s like people, where you get to know them in a different way, and at different levels.”

I ask if he has any other projects on the go, and he shakes his head. “The quartet was finished a month ago. The compositional process for me is a big slog, and it’s getting started that is the hardest thing, as I need time to clear my head. That’s very hard to do when you have things to do as I teach [a visiting lectureship at City University]. So I tend to write in vacation, which is when I throw things around and hit my head against a wall in the hope that something starts, and then once I’m off I’m fine. The blank page is the worst thing though! I know some people who can compartmentalise these things so that they don’t begin at the start, but I can’t do that.”

One of Thomas’s first experiences as a composer fresh from education was at Sir Peter Maxwell Davies’s Hoy Summer School, which he attended in 1996. The experience is still fresh in his mind. “I took a tremendous amount from it, partly because at that point I had only just finished school. I was coming from such a low point as I hadn’t had a professional input into my music, and I hadn’t really worked with performers. We had some people there from the Scottish Chamber Orchestra and we worked with them. It was the basic stuff to do with notation that I hadn’t learned, and I learned it quickly because I had to really! It was a very liberating experience for me, and wonderful meeting other people writing different types of music. There were more experienced composers, but I think possibly I got more out of it than they did, as I was the kid in the corner! I was able to gain some confidence, both in what I wanted to do and what I didn’t want to do. Sometimes it’s difficult to have the confidence to build up to say exactly what you want to say. It was a good lesson to learn that you can enjoy someone’s music without feeling you need to do the same thing.”

Returning to the concert with the Allegri Quartet, I remark how good it is to see his work in a well structured concert, flanked as it is by Haydn and Tchaikovsky. Thomas agrees. “I always liked to see contemporary works in standard concerts; I think that’s very important. There is a space for the things like the BBC composer days, and the alternative new music concerts, but there is a vital need for it to be part of the mainstream concert repertoire, because you want people to be surprised in a concert, whatever the repertoire.”

This is especially pertinent when 21st-century living is considered. “We do live in a world where it is very easy to become sheltered as a viewer, or as a listener, because you can click the mouse and get what you like. That’s the opposite of how I operate. I think it’s like a supermarket, where you might be surprised by turning up in a different aisle and finding a piece that wasn’t there. What’s great about a concert is that you’re stuck there, the door is closed, and you have to sit it out! I think the more ways you can use technology to get people to discover more, the better, and I say that as a listener rather than as a composer. I can’t write for an audience, but all I can do – without sounding pretentious – is to write as well as I can and communicate as well as I can. All I can hope is that they listen with open ears and get something out of it!”