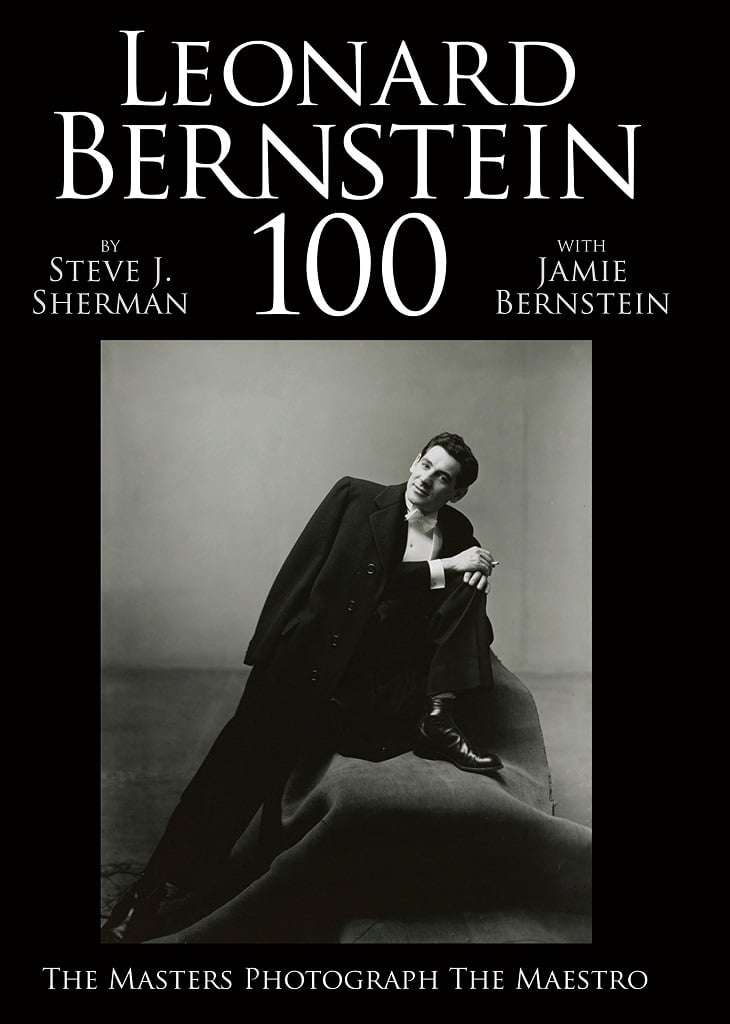 This handsome tome is a photographic tribute to Leonard Bernstein for his centenary last year and contains one-hundred photographs spanning has life. It has been compiled by Steve Sherman, a photographer with associations to Carnegie Hall and the New York Times, with the assistance of Bernstein’s daughter Jamie. The pictures, predominately black and white, are by a range of photographers, some anonymous, but others by recognised masters like Henri Cartier-Bresson, Richard Avedon, Yousuf Karsh and, somewhat surprisingly, Stanley Kubrick, as well as by Sherman himself.

The foreword comprises a “Trialogue” between Sherman and the three Bernstein children Alexander, Jamie and Nina (that’s four by my count). They talk about the maestro’s life from their perspective with many insights and about Lenny’s extrovert egotism with frankness and amusement. (This enjoyment of being photographed comes out in many of the images.) Also the many famous folk from all walks of life that visited the Bernstein home and his relationship with very close friends like Betty Comden and Adolph Green and members of the radical chic. At the end of the book there are facsimiles of Bernstein’s handwritten or typed letters and manuscript scores.

The photographs themselves are beautifully reproduced, one to a page so that you are able to see them in a fairly large size that brings out the quality, particularly in posed studio portraits. The one by Karsh is particularly impressive. A great many depict Lenny with a cigarette in hand and/or a glass of whisky. His dependence on these two mainstays is etched in his features as the chronological order of the photographs progressively rather sadly makes apparent. There are joyous images, too, of his total involvement in conducting, arms flailing and facial expression reflecting the mood of the music. There is Bernstein as family man including an endearing snap of the family, including the dog (who wisely stays on the ground), up a tree; others with his parents and with his grandchildren.

There is plenty of variety here: I am particularly struck by the very last, poignant, photograph, which shows Bernstein walking away from the rostrum for the very last time after conducting Beethoven 7 with the Boston Symphony Orchestra on 19 August 1990. So, a splendid gift for the Bernstein aficionado.