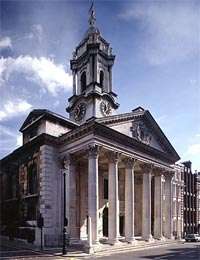 This year’s London Handel Festival (the 32nd) promises to be an exceptional one even by its usual high standards. Handel’s last two oratorios, considered by many to be his greatest works, beautifully frame the Festival’s structure – it begins on the composer’s birthday with a performance of Theodora and ends on the day of his death 250 years ago, with Jephtha.

Both works have starry casts, yet they also follow one of this Festival’s most praiseworthy ideals, which is to blend established Handelian singers with up-and-coming talent – Theodora features Susan Bickley as Irene, teamed with Erica Eloff, the winner of the 2008 Handel Singing Competition, in the title role; most lovers of Handel will be familiar with the former, but if you don’t know the latter yet, I can promise that you will – I have previously described her voice as “bright without being brassy” and her phrasing as “musical and elegant” – all qualities ideally suited to this part. The title role in Jephtha is taken by the Handel tenor, John Mark Ainsley, and the cast also features the 2007 HSC winner, Derek Welton, together with the remarkable countertenor Iestyn Davies. 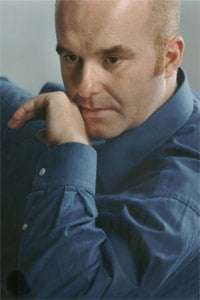 Both oratorios are conducted by the Festival’s director, Laurence Cummings, who says that “it’s a question of doing the right thing in the right place – Handel adopted London as his home, he lived here around the corner from St George’s, where most of our concerts take place and where he was a regular worshipper. He loved London for all the reasons we love it today – its bustling energy, its creativity, its welcoming approach to outsiders, its sense of allowing people to exploit their entrepreneurial skills – and in many ways he is ‘our’ composer, or at any rate Londoners have adopted him as such.”

As Laurence pointed out, in London Handel was able to be his own boss, to be free from patronage and to explore new outlets for his compositions. This freedom is amply illustrated in the variety of venues used by the Festival. St George’s is for the choral and orchestral concerts, whereas the Foundling Museum in Bloomsbury (part of the orphanage which Handel helped to fund during his life and beyond through the terms of his will) is ideal for more intimate events like the concert of flute sonatas on March 3 and the enticing celebration of Haydn’s bi-centenary on March 10. Handel’s house in Brook Street is the setting for such events as a masterclass with countertenor Daniel Taylor (March 26) who also gives a recital at Wigmore Hall on March 27, and the Royal College of Music’s Britten Theatre represents more modern venues with an eagerly anticipated production of Alessandro (March 30 and April 1 & 2).

Alessandro should be especially fascinating as it has rarely been staged in modern times – it is in keeping with the tradition of exploring unjustly neglected works. Cummings says that ‘it’s full of wonderful music, exciting dramatic potential and was the first one he wrote for the so-called ‘Rival Queens’, Bordoni and Cuzzoni. You need a pair of really good sopranos for it, and we do have them on this occasion – so expect some vocal fireworks if not exactly the diva-style antics of the original ladies!” 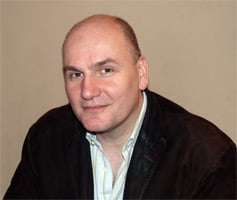 The highlight of the Festival is surely Jephtha, Laurence has been “saving up for this as it’s such a dark piece, with such complex issues being grappled with. It’s a work in which everything is inherent in the drama, with nothing more needed to bring it out than the right singers.” John Mark Ainsley considers the title role one of the greatest and most challenging: “I’ve recorded it once and would love to have another go at it now that I’ve got so much more life-experience under my belt – I’ve always liked the piece for its top-class Handelian lyricism, and its combination of superlative music with an involving text.” The clearly-defined narrative is “as much about moods of the protagonists as it is about actions”, and he loves the almost Shakespearean nature of the text, which he says you can speak “without cringing”. After a relatively long absence from the role, Ainsley is looking forward to finding out “what new colours I’ve got in the paintbox.” Ainsley has a special closeness to the Festival, since he sang his very first Handel oratorio in St George’s and learned a great deal from performances there by an earlier generation of singers. He credits Laurence Cummings with the new energy that is evident in the Festival, owing not only to his musical invention but also to his enabling, “yea-saying” approach. He feels that we don’t really celebrate Handel enough as a Londoner, but this Festival gives the chance to do just that in the composer’s anniversary year.

Ainsley is also adjudicating for the Final of the Handel Singing Competition, an event that has enormous public support for every round. It is very much the Cummings signature on the Festival – he sees its inception in 2002 as carrying in the great tradition begun by Denys Darlow which gave early opportunities to such as Emma Kirkby, and its continued success as supporting and inspiring the work of the Festival as a whole. Past winners have included Andrew Kennedy and Nathan Vale, and the list of finalists reads like a ‘Who’s Who’ of the best young Handel singers – this year the record number of entries stands at 160, and the final is on April 3.

Laurence Cummings sees the artists and regular audiences of the Festival as “part of the family of this friendly, very special celebration of Handel’s music”, a family ready to welcome concert-goers who would like to remind themselves, or perhaps even to find out, why George III called Handel “The Shakespeare of Music” and why George Bernard Shaw said that “Handel is not a mere composer in England: he is an institution.”