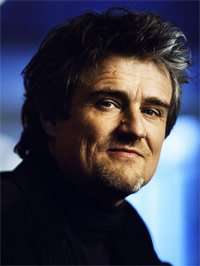 A principal theme of BBC Proms 2008 is the music of Olivier Messiaen in the centenary his birth, The eighteen performances incorporated within the festival range from compressed works such as Theme and Variations, barely six minutes for violin and piano – an addition to the season due a change of artist – through to the four hours anticipated for the mighty opera Saint François d’Assise, coming to the Royal Albert Hall on Sunday, 7 September with Ingo Metzmacher conducting forces from Netherlands Opera and the Hague Philharmonic.

Metzmacher makes an immediate impression on the other end of the telephone in his office in Zurich, his booming voice immediately firing with enthusiasm as he anticipates the performance. With the opera already performed in Amsterdam, it seems a natural starting point to ask what the reaction has been to such a concentrated, lengthy work. Even over the phone a satisfied smile can be discerned. “It was always received with cheers and standing ovations, as the ending is very spectacular.” Rather modestly, he continues, “one can’t do much wrong with the ending, as the problems are earlier in the piece.” 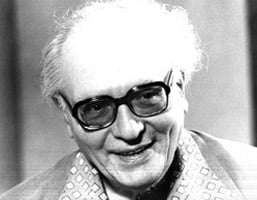 Since acquainting himself with Saint François d’Assise, it has been a desire of Metzmacher’s to perform the opera. “I was absolutely certain when I was in Hamburg that it would be a highlight. The problem, though, is that a normal German theatre is not the right place to do it as you run into problems of space. I had plans to perform it with Robert Wilson, and he tried to find another theatre but we were not successful. It was a pity, but when I went to Amsterdam I told Pierre Audi that it was one of my biggest wishes to perform the opera.”

Metzmacher has a long association with the composer. “I have done a lot of other Messiaen orchestral works. He has a very clear language, and I find that I like long, spacious pieces.” He gives a considered response to my question on the validity of a comparison between Wagner’s Parsifal and Saint François d’Assise. “I see the relations between Wagner and Messiaen, though perhaps not so much between the two works. I would actually say that in this opera the music is more like Bruckner. It has a very clear architecture and verticality, whereas I believe Wagner is more horizontal.” Perhaps a greater similarity is in the predominance of male voices in the opera in terms of the main characters – “with Saint Françoise there is no woman he’s meeting, except perhaps the angel. You witness his life, or at least certain moments of his life. There’s no dramatic development, everything else is slow pace and you sense he is struggling – though at the end he is very much at peace.” 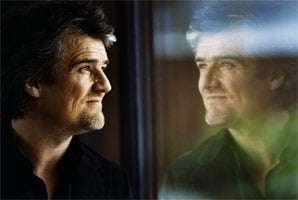 With such a large orchestra to incorporate, the restrictions of space are clear – something the production in the Netherlands overcame. “We did it in Amsterdam like a concert orchestra – the singers sang at my back, and that’s how we’ll hopefully do it at the Royal Albert Hall. In Amsterdam I divided the strings to the left, and the woodwind and brass to the right. All the bird music in the opera is done by the woodwind, so it was good to have them all on one side. The difficult thing is with the complexity of some of the bird music, especially in the last part of the second act. You have a different pattern every time to keep hold of.”

Tales from the first performance of the opera, conducted by Seiji Ozawa and Kent Nagano in November 1983, recount the sheer size and weight of the score. Metzmacher laughs quietly at the mention of this. “You have eight scores for the eight tableaux, so for every part of the piece you have an independent score. In total the scores weigh more than 20 kilograms, so you can’t take it on an aeroplane. It’s so heavy! When you think about it though, it is more than four hours of music, and it’s worth it, it’s really worth it! The second act is two hours, and it’s such a big build up but the last part is, in my view, the greatest moment of the whole piece. If you can listen through that act then the rewards are great.” 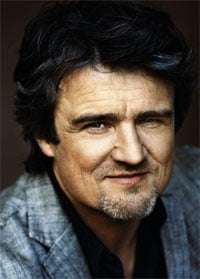 He continues, totally enthused by the music. “You get a very big sense of Messiaen’s strong belief, and that is combined with the music of the birds. For me the most beautiful music comes when the angel appears. I like a composer who dares to be slow most of the time, it makes for a very powerful listening experience once you get used to it.”

A further feature of Saint François d’Assise is the use of resonant silences, which are used as structural and emotional pauses. Metzmacher is quite clear of their value. “I’m a great fan of silence in performances, and I think it’s important to understand how silence is a very important part of music. If you work with theatre in particular it’s very valuable to know when and where to use silence best. With Saint François d’Assise it is magical when there is no sound.” 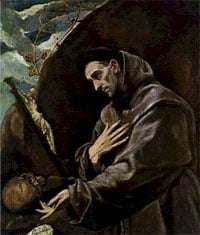 The conductor has made several visits to the BBC Proms, and his affection and respect for the festival is clear. “I have always loved it there. I really think it’s very special, it’s a wonderful festival where so many people can come – real enthusiasts and a huge variety of people. I’m not sure if people will be able to stand for this performance? It’s very special that they can for other concerts though!”

The idea of a classical music concert aimed at the general public as well as regular concert-goers is close to Metzmacher’s heart. “Absolutely, I do this in Berlin – I created a new series of casual concerts where there is seating for a much cheaper ticket. A lot of people go there who wouldn’t normally. I think we sometimes forget that a really special performance can only be done if a public is with it.”

Returning to Saint François d’Assise, Metzmacher considers the impact this could have on the public. “I think the visual aspect is very important for this work, with the forces being so large.” And where will the three ondes martenot be placed? “There will be one in front of me, one to the left and one to the right, while the angel will be up near the organ.”

Clearly excited, his final words are an extension of gratitude to Roger Wright (Director of BBC Proms). “I’m very thankful that we can do this in the Royal Albert Hall, and also very thankful because it took quite something out of the Proms budget I believe. I really can’t wait!”