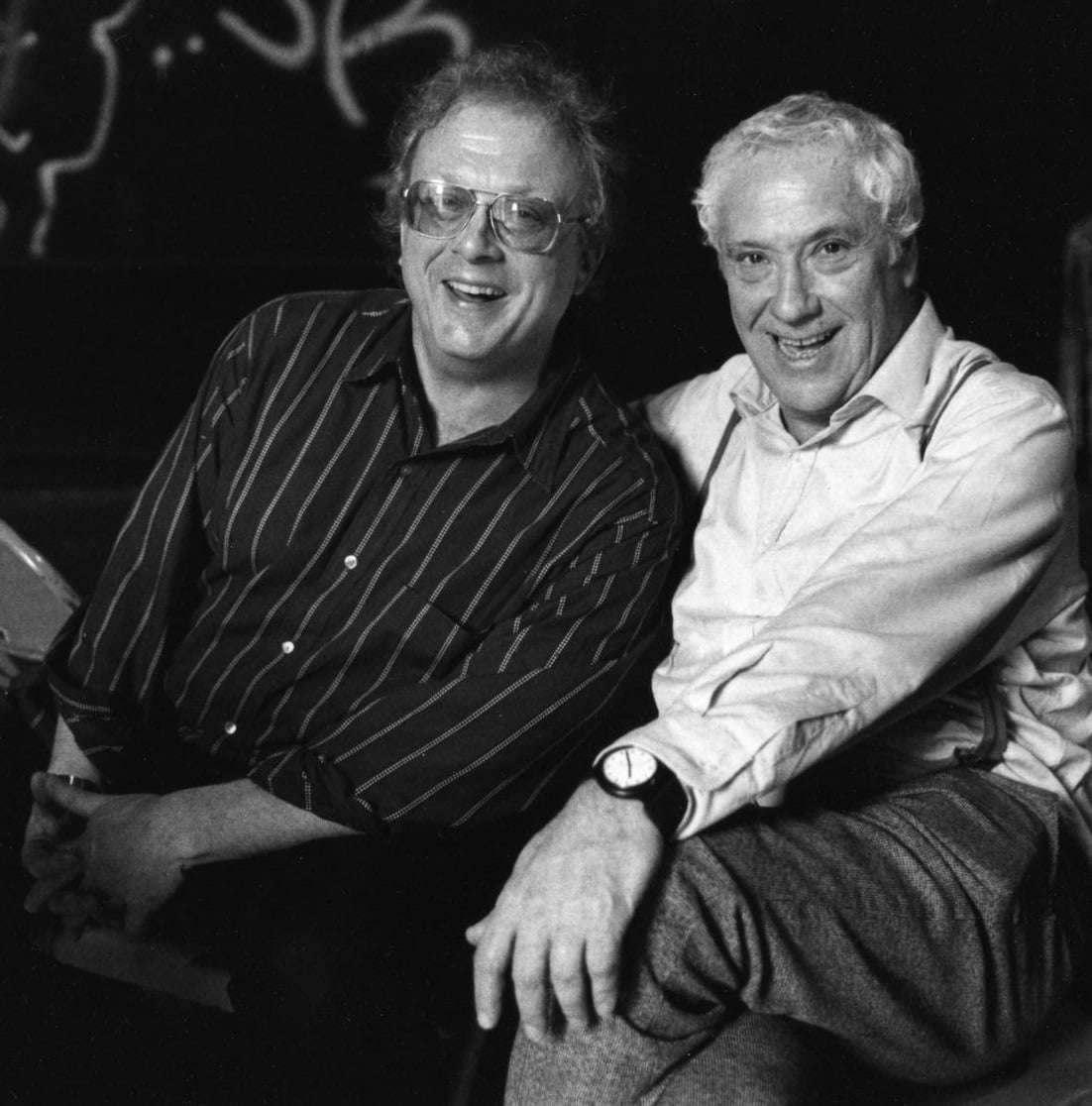 When I started to think about programming for the Americana ‘18 festival that I have curated at St John’s Smith Square in London, I knew straight away that I wanted to feature the music of William Bolcom, who turns eighty this month on the 26th. Bill has been a good friend for many years, since we first met at the UK premiere of his massive Songs of Innocence and of Experience at the Royal Festival Hall in 1996. Since then we have met many times in London, Paris, New York and I’ve spent some illuminating holidays at the home Bolcom shares with his wife and long-time performing partner, the mezzo-soprano Joan Morris, near Ann Abor in Michigan. I was even the fortunate dedicatee of a choral piece – Two Meditations on George Herbert – written after I had dropped a good many hints a few months before.

The incredible diversity of Bolcom’s output is astonishing – four full-scale operas as well as other theatre pieces, nine Symphonies, Concertos for piano, violin, flute, clarinet, trombone, saxophone quartet, as well as a vast catalogue of choral, chamber, wind band, vocal and instrumental music, including a good deal of music for his own instrument, the piano, not least his Rags and the Pulitzer Prize-winning Piano Etudes and the iconic Cabaret Songs, in the repertoire of singers young and old the world over. His champions include such luminaries as Plácido Domingo, Marc-André Hamelin, Sir James Galway, Leonard Slatkin, Ursula Oppens, Measha Brueggergosman, Stanley Drucker, Dennis Russell Davies, Gerard Schwarz, amongst many others. 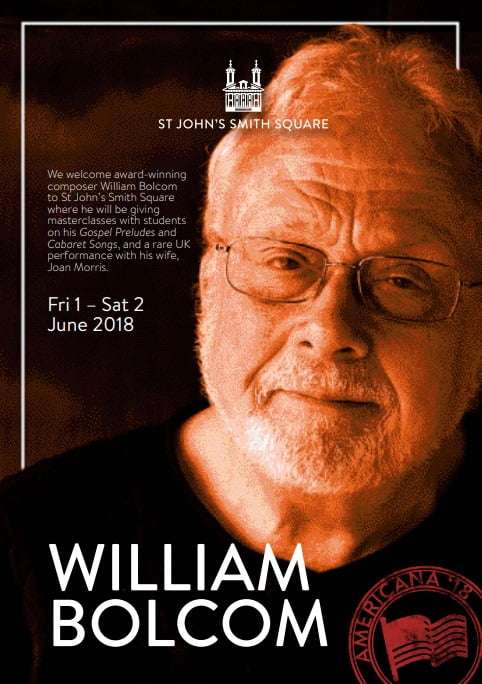 So much more besides – Bolcom and his wife have been performing together for over forty years; they played a vital role in the revival of ragtime and have performed and recorded a vast collection of programmes covering every aspect of American popular song. All that along with his distinguished service as a teacher, in particular at the University of Michigan, might give some idea of the scale of his achievements. Now at an age when a good many people would want to put their feet up, there is thankfully no sign of any slowing down – this birthday year includes several world premieres, travels to the length and breadth of the US, as well as trips to the UK, France and Ireland – in October the Wexford Festival is staging the European premiere of Bolcom’s most recent opera Dinner at Eight.

The brief Bolcom residency at SJSS gives London audiences a rare chance to hear and see Bolcom the composer, the pianist, the teacher (guiding students through his Cabaret Songs and Gospel Preludes) and experience the remarkable duo being interviewed – although I know already that it is likely to be a one question interview, with barely a pause for breath, and with a full-stop coming forty-five minutes later. Either way it will be a fascinating couple of days – do join us!