Robert Casadesus was a pupil of Louis Diémer (Diémer’s own recordings have turned up on a variety of specialist labels recently). His affinity to the music of Ravel is universally noted, but his discography is wide in scope, including such rarities as works by de Séverac, Witkowski and Florent Schmitt. Even though he recorded the Mozart and Weber works commercially, these broadcast performances act as an invaluable extension to the already extant Casadesus catalogue.

George Szell’s opening tutti for the C minor Concerto is strong and resolute, with an inner drive that is unstoppable. Casadesus in a sense mirrors this by exhibiting fingers of steel. The downside of Szell’s approach is a certain loss of individuality in woodwind contributions; for Casadesus, importantly, there is no downside. Interestingly, he plays Saint-Saëns’s cadenzas. Flamboyant and grand, Casadesus clearly sees no incongruity between cadenza and concerto, revelling in Saint-Saëns’s sense of fun. The Larghetto is a dream (some superb staccato touches here), with Szell ever-attentive and not the least bit stiff. The finale begins with a sort of clouded suavité before progressing to a resolute emotional area that sounds significantly more convincing under the pianist’s hands than the conductor’s.

Casadesus had recorded this concerto in Severance Hall in January 1954 for Columbia, and he was to record it again the year after the present performance (in November 1961, again in Severance Hall), both times with Szell and the Cleveland Orchestra. This performance serves as a valuable adjunct to these well-known performances, therefore. 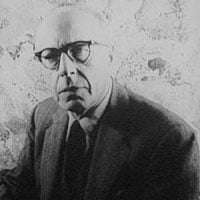 Szell’s rather unbending approach serves the great B flat Concerto less well. There is none of the affection one finds from, for example, the Academy of St Martin and Neville Marriner for Alfred Brendel (Philips) – so much so that, as the opening orchestral exposition proceeds, one finds oneself hankering after Casadesus’s entrance. When the pianist does enter, he scales down his tone so that the music becomes an intensely personal statement that sets the standard for the rest of his performance. Casadesus eschews the extra ornamentation some pianists favour on exposed long notes (surely Mozart would have filled them in). The cadenza here (Mozart’s) is a finely-honed jewel and Casadesus delivers it so convincingly that the orchestra’s re-entrance seems distinctly pedestrian.

In Szell’s favour, he finds much detail in the score and ensures it registers on the listener without seeming didactic. He even tends towards the affectionate in the Larghetto and if the Cologne strings do not have quite the desired ensemble or tone, they nevertheless reveal sufficient sensibility to sit alongside Casadesus’s easy grace, which also fuels the finale.

Interestingly the same coupling of Mozart concertos by Casadesus occurs on an Orfeo release with the Vienna Philharmonic, conducted by Mitropoulos and Schuricht. On Medici Masters we are gifted by the Weber. There are various other versions available by this pianist: with Barbirolli live in 1936; a 1937 account with unidentified accompanists (possibly Bigot conducting); Szell in 1952; and with the great Kondrashin in Turin, 1960.

Of all pianists, it was Claudio Arrau whose diamante touch sparkled the most in Weber’s piece. He left a handful of accounts to posterity, too, although it is the 1960 one with Galliera conducting that is best known. Casadesus, here, adds a French lightness to the passagework, while Romanus Hubertus, a name new to me, brings great character to the orchestral contributions, not least to the march that begins around nine minutes in.