William Walton’s Viola Concerto dates from 1929 – and was first played by composer Paul Hindemith (a fine violist, of course) in place of Lionel Tertis who had rejected Walton’s work – but in 1961 he re-scored it, reducing the size of the wind and brass sections and adding a harp part. The older version seems never to have been formally withdrawn, though, and it is this that Lawrence Power and the BBC Scottish Symphony Orchestra play here, in its first recording for over sixty years. Interestingly, while the Revised Version is for a smaller orchestra, its soundworld is less astringent, partly because of the harp and partly because Walton actually thickened the woodwind textures at a number of points. A note in the later score says that he “strongly prefers” the new version. Well, a desire on an older composer’s part to take their younger selves in hand is only natural, but I’m coming to think that the sound of the earlier score suits the music better. My guess is that the two versions will come in time to be accepted as different but equal. 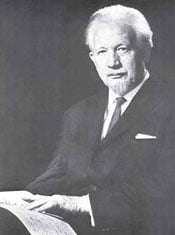 The 1929 score gets a persuasive performance from Power and his colleagues. They dig deep into the music’s wistful lyricism, notably the opening of the first movement and close of the finale, and produce incisive, snappy playing in the central scherzo and the quicker passages in the outer movements. The recorded balance places the soloist a little too far forward of the orchestra, so that some of the score’s detail is not as clear as it might be, but no Walton enthusiast who wants to make a detailed comparison of the two versions should feel short-changed.

In 1962, just a year after Walton produced the second version of his Viola Concerto, Edmund Rubbra wrote his Meditations on a Byzantine Hymn, for solo viola. Power explores the contrasts between the different sections while not losing sight of the work’s overall shape.

Rubbra’s Viola Concerto, written for William Primrose in 1952, has points of contact with Walton’s example. It also places a scherzo between two moderately-paced movements, and it opens in a similar manner, with a slow, lyrical theme for the soloist over a discreet orchestral accompaniment. Temperamentally, though, the two works are very different – Walton’s is nervy and volatile while Rubbra epitomises Aaron Copland’s definition of classicism as “intensity on a background of calm”. But while the Rubbra, with its more contained emotional world, may not have the immediate appeal of Walton’s Concerto, it is a rewarding piece to get to know. It receives an eloquent performance, with Power finding the expressive warmth of Rubbra’s singing lines.

Both Power’s assured technique, and his tone – rich and grainy in its lower register, clear at the top – serves the character of all three works well, and Ilan Volkov and the BBC Scottish Symphony Orchestra give him sympathetic support in the two concertos.